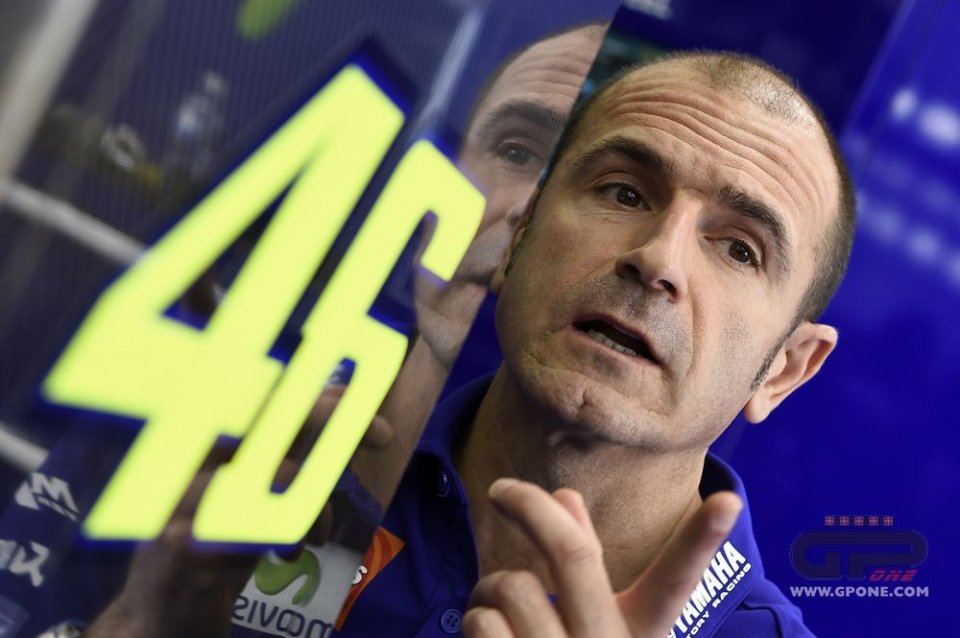 Valentino has said how a voice was telling him he'd be competitive at Jerez. It was a hope that the three days of the GP event transformed into a cert. But what was team manager Massimo ‘Maio’ Meregalli thinking about as he packed for Spain?
“You always want a win, but at Jerez, home to the Spaniards, it was more difficult to imagine it”, he smiles, happy about his mistake.

Did you see a different Valentino?
“He was immediately very determined, right from Friday morning. It was important to have found the right setting and Vale also has great sensitivity. The team didn't make any changes that didn't bring an advantage, there was continual progression.”

Did he seem different to last year?
“No, he has the same determination.”

You never thought that losing the championship at the last race would be difficult to digest?
“Last year, after racing the Monza rally, Valentino was on holiday. One of those days he sent me a message: he wanted to the change the bike he uses for training. I realised he'd put it behind him.”

Renewing the contract right away could also have proved useful?
“Every tiny detail can make a difference and perhaps this too had an effect but I don't think he needs certain things.”

Not even knowing that Lorenzo will leave?
“He hasn't even spoken to me about this.”

So what's his secret?
“There's one area in which Valentino is the absolute number 1: with his way of doing things, he is able to involve everyone who works with him. This allows him to get the best out of each one of them”.

Does this win also represent a turning point technically-speaking?
“In reality we started with a similar set-up to that used at Austin. It was there we were able to make the changes that allowed us to be very close to the Hondas. Valentino at Jerez completed a race in which he had the advantage over everyone from start to finish, I'd say this is a good starting point.”