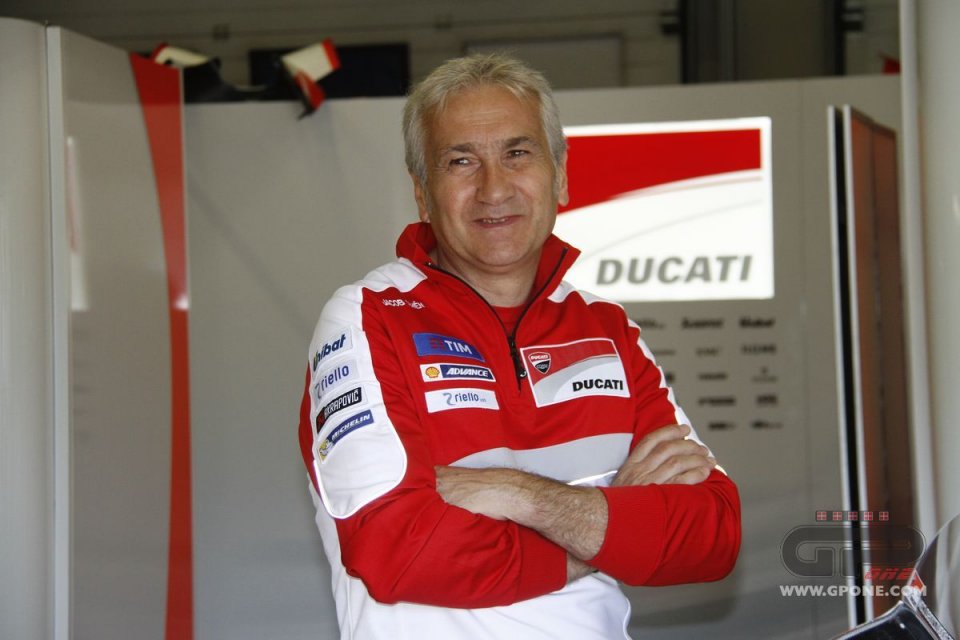 If you read that the spoilers are forbidden, don't believe it, it's not true. There is however, as we've said many times, an ongoing MSMA debate with regard to banning them next year.

It's not clear who's leading the #nowings opposition,  but what is certain is that the reason for wanting them banned has to do with them being potentially dangerous.
"It's a pity there's no proof of their supposed dangerousness - comments Ducati team manager, Davide Tardozzi - the only example used to prove the potential risk was the contact between Iannone and Marquez in Qatar, with the subsequent loss of the video camera. So I guess it's not important that the winglet immediately came away, that Marquez didn't even notice the contact and that it could happen with any part of the fairing."

Tardozzi continues....
"In my opinion , there are blunter components on the bike, like the half handlebars for example, or the footpegs, so why are we fixating on the spoilers, if not only because it was our idea? We'd be very happy to regulate the wings, in terms of their size, shape, but to continue this debate about spoilers increasing development costs is useless, seeing as we all continue to go to the wind tunnel to study the shape of the fairings. If we want to talk about what is potentially dangerous, rather than a fairing with spoilers, let's talk about a bike that 'bobs' in acceleration. We believe that a bike that stays attached to the ground without losing traction is less dangerous, in that it's more stable."

As well as the advantages though, the wings also bring disadvantages.
"It's always a compromise. You lose a little agility in the changes of direction but you can work on the settings."

The battle continues and it remains to be seen who will win this particular war.