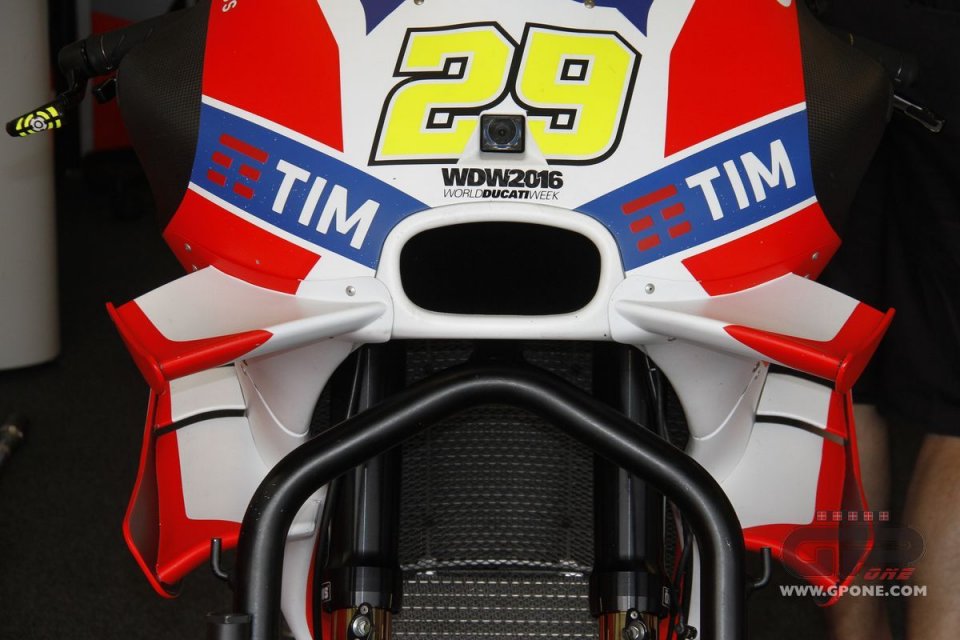 Aprilia and Suzuki have also used the winglets at Jerez meaning that there's now no bike on the grid that hasn't followed Ducati's example. That doesn't mean that these aerodynamic appendages will be able to stand up to a regulatory shake-up.

There is already discussion about whether or not to ban them for next year.

Ducati Corse General Manager Gigi Dall’Igna offered his opinion: “we talk a lot about safety but the episode in Argentina showed how Iannone's winglet immediately came away after contact. Logically there's always room for improvement and we' re open to discuss the matter.”

But without demonizing the wings.

“I ask myself: is it safer to have a bike that has its front wheel fixed to the ground or not? Sometimes it depends on point of view”, commented the engineer.

“I wouldn't want them to be eliminated just because somebody started developing them first and therefore has an advantage now”, added the general manager.

The Manufacturers don't just fight it out on track but also around the table where future regulations are drawn up.

The Sachsenring christens the new Prüstel GP team with CFMoto