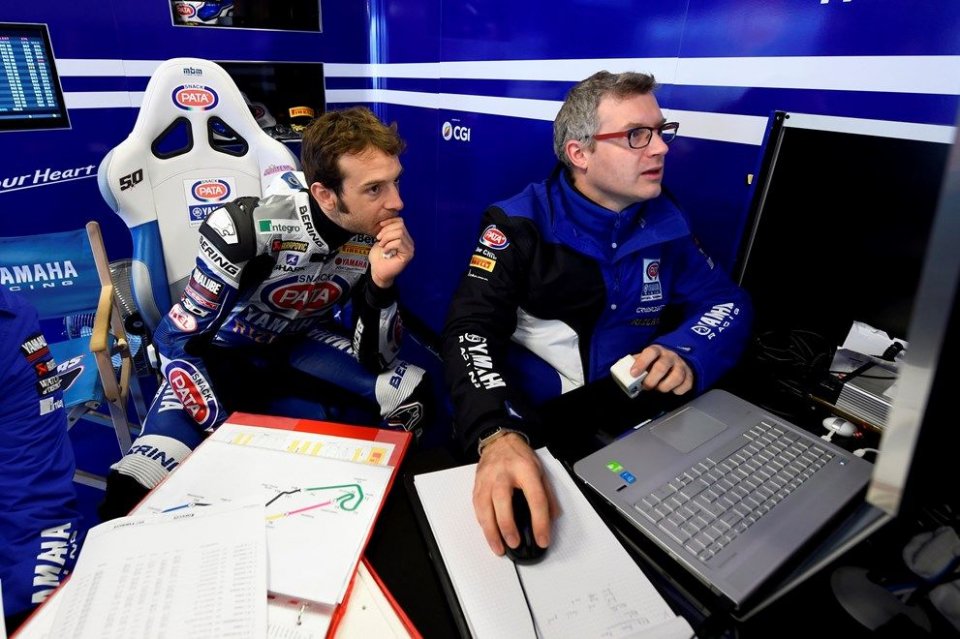 From initial indications it looked like being a very different weekend. In the practices and Superpole, the Yamaha showed to have taken massive step in terms of the flying lap, but in the race they still need to reduce the gap from their rivals. Having filed away Saturday's disappointment, Guintoli closed Sunday's race outside of the top ten, in eleventh behind Camier and Forès.

A complicated race with many influencing factors.

“Conditions were really difficult. At first I thought the track would dry out a lot quicker, as this is what usually happens at Assen. I opted for the intermediate from the start, but there were problems."

Did you get the strategy wrong?

“The idea was that we'd have good performance with the intermediate from the start, before putting in slicks. I had problems in the first five minutes of the race, I lost too much time and couldn't warm up the rear. So I was forced to change my strategy,  as I couldn't afford to pit."

With Guintoli eleventh,  the team can only be happy with Alex Lowes's seventh place in Race 2, having closed second practice at the front of the pack.

A complicated Sunday due to the weather.

“It was a difficult race because no-one could predict the weather. The track was also a big unknown. I tried to push, but without taking risks as I didn't want the team's hard work to go to waste.

Does this result give you confidence?

“It's a positive result, but we're still far from where we want to be. Now we'll go to Imola and take further steps in our development."