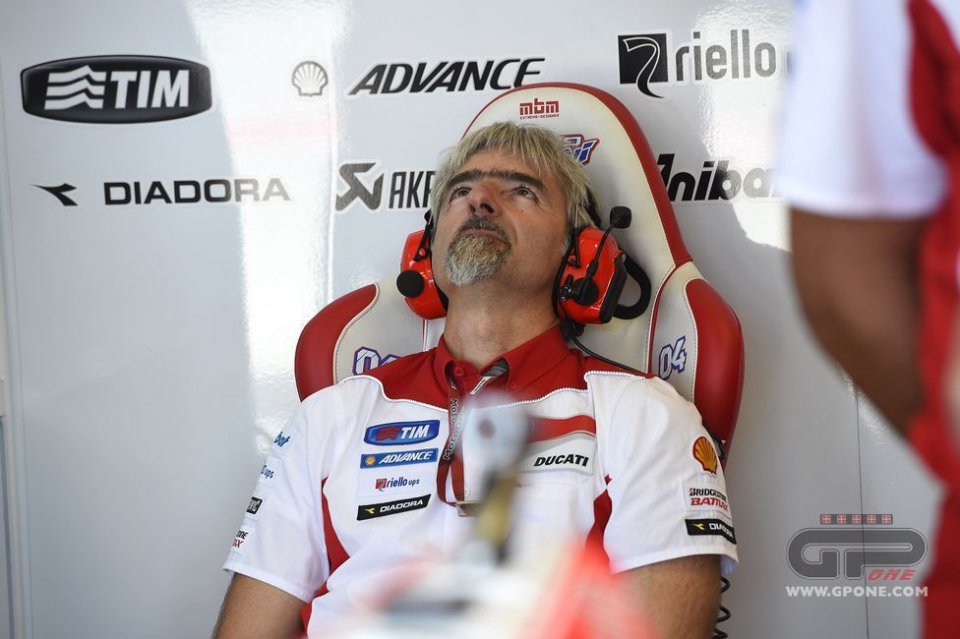 Ducati's glass fronted office at Termas de Rio Hondo couldn't conceal the conversation that took place between Gigi Dall'Igna and Andrea Iannone at the end of the day.

The two spoke at length and when the Italian rider left the room, visibly shaken, the engineer stood, walked around the two chairs they'd been sitting on during their talk, and sat at his desk. He then opened his PC to check something before closing it again.

"What can I say? - were his first words - it could have been a great day. There was Chaz Davies' double at Aragon, in Superbike, and the win in the Stock 1000. A second and third place here would have completed the set. Unfortunately it didn't go like that".

Dall'Igna's calm exterior is clearly an illusion. In the garage, his voice could be clearly heard immediately after the pair crashed. Though it's not the first time two team-mate have taken each other out of course. It happened with Alex Criville and Mick Doohan in Australia in 1996 and, more recently, in 2006 between Nicky Hayden and Dani Pedrosa in Portugal. 'Sibling rivalry' so to speak.

"They didn't touch - contined the Director of Ducati Corse - but Iannone wouldn't have made that turn anyway, he was too fast. If he hadn't crashed, and had lifted the bike, he would still have taken Dovi out. He simply should not have tried. I understand that a rider tries everything he can to win, but he needs to start thinking about the team. About all those who, also back home, work all hours for them".

There is disappointment in Gigi's voice, but he's also aware of the work completed.
"The positive thing is that we were in second and third place in a race that we could possibly have even won. And then I look at the average results of the bikes on track and out of all the manufacturers, only Ducati would have had two riders on the podium".

And now?
"Now nothing, luckily the next race is already next weekend inTexas".
Last year the two Andreas finished second and fifth at Austin.
Another track at which the Ducati, Marquez permitting, could race to win.