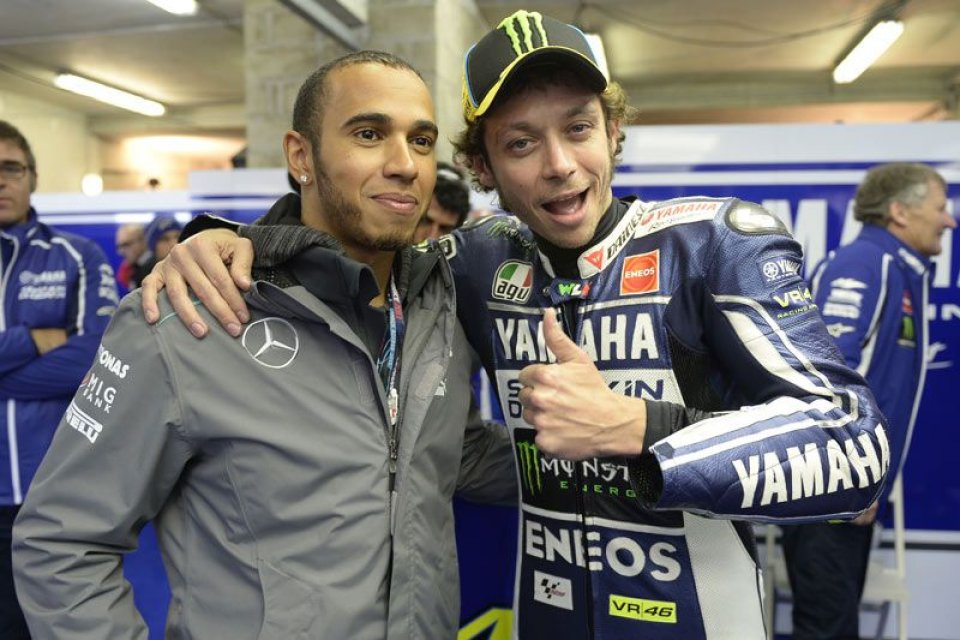 Toto Wolff, Mercedes team principal has said that he would give Lewis Hamilton permission to fulfil one of his dreams: to test Valentino Rossi's Yamaha M1.
The news appeared in Italian paper Gazzetta dello Sport, as reported from Sakhir where the F1 Grand Prix is taking place. The mediator in this initiative would appear to be Monster, a mutual sponsor.

"It would be no problem for us if Lewis wanted to get on the MotoGP Yamaha. On the contrary, I think it sounds like a fun idea -  said Toto Wolff, team principal at Mercedes - Also, I believe Lewis has already ridden a road bike in the past".
"Right now it is just an idea, clearly an interesting one", responded Lin Jarvis, Yamaha boss.

The test, if it were to go ahead, would obviously take place once both championships were over, but it wouldn't be the first time...
As you'll recall, Michael Schumacher did precisely this, first at Mugello and then at Valencia with the Ducati, testing more than once. It was during the period in which he was riding in the German championship with a Honda CBR 1000 RR. Last year also saw Fernando Alonso ride Marquez' Honda RC213-V during the official launch of HRC racing activities.

No Fans at Washington Track Due to COVID-19 Restrictions. The Ridge Motorsports Park will be offering 2020 ticket holders the option to either...
14 hours 26 min ago