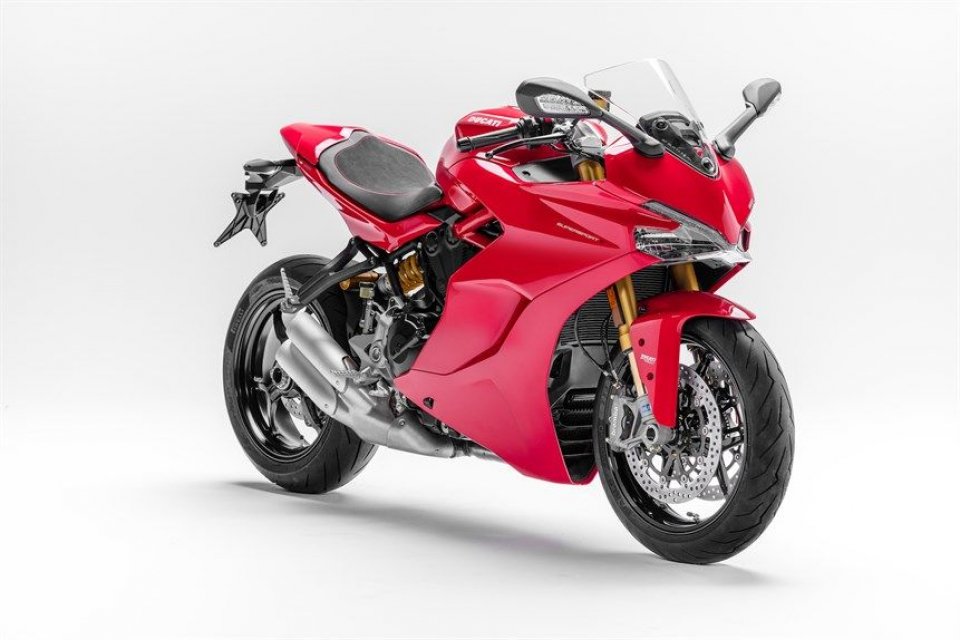 It's perhaps one of the best loved (and most highly anticipated) Ducatis, we're talking about the 939 SuperSport, a bike that is grabbing all the attention at Intermot 2016. It has nothing in common with the old SS! Here we have a modern bike, new and much more usable, as Ducati itself states. It will be available as a SuperSport and SuperSport S version, with the latter offering more sophistication and technological equipment. 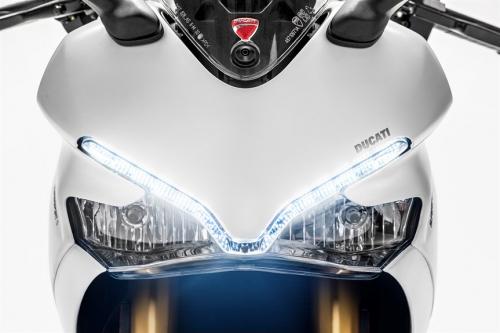 939 AND ELECTRONICS - Let's not beat around the bush, the engine is the Testastretta 11° 937 cc twin, which we already tested with the Hypermotard range, offering 113 hp and 96.7 Nm. It has three Riding Modes, or rather Sport, Touring and Urban. So there is traction control and Bosch ABS of course, as well as one important new feature, the possibility of DQS (Ducati Quick Shifter). This technology, available as an optional, works for both up and down shifting. It is available as standard with the S version.

CHASSIS - The new SuperSport weighs 210 Kg, with the usual trellis frame with the engine as a supporting element. The steering angle is 24° and the wheelbase is 1478 mm. Suspension differs between the two versions. The Standard version has a 43 mm Marzocchi fork at the front (fully adjustable) and a Sachs shock with adjustable pre-load and rebound damping. The "S" version is more fully equipped, in that it has a 48 mm Öhlins fork that is TiN treated. The same thing at the rear, with a "yellow" shock. Both are fully adjustable of course. The braking system is by Brembo and relies on 320 mm front discs and M4.32 calipers. There is also a front radial brake pump (PR18/19). 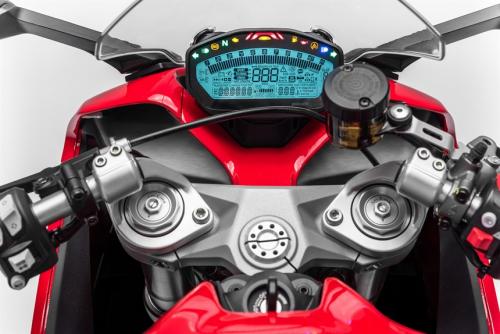 TOURING? - Defining it as a touring bike may seem comical, but Ducati has thought to equip it with a detail that is key for those covering long distances: a height-adjustable Plexiglas, up to 50mm. Its road-going equipment is rounded out with a LED daytime running light, Full-LCD instrumentation and a USB port (under the seat). The Ducati Multimedia System is also available.

COLOURS - As usual, Ducati offers different colour combinations for the two models. The standard version will only be available with a two-tone fairing in Ducati Red and Saturn Grey; the frame is in classic Ducati Red and the wheels are Matt Black. For the "S" version on the other hand, you can choose between two colours, with either a red or white base. So either a Ducati Red fairing, with Ducati Red frame and Matt Black wheels, or a Star White Silk fairing with Ducati Red frame and Glossy Red wheels. With the “S” there is also the option of a coloured pillion seat.