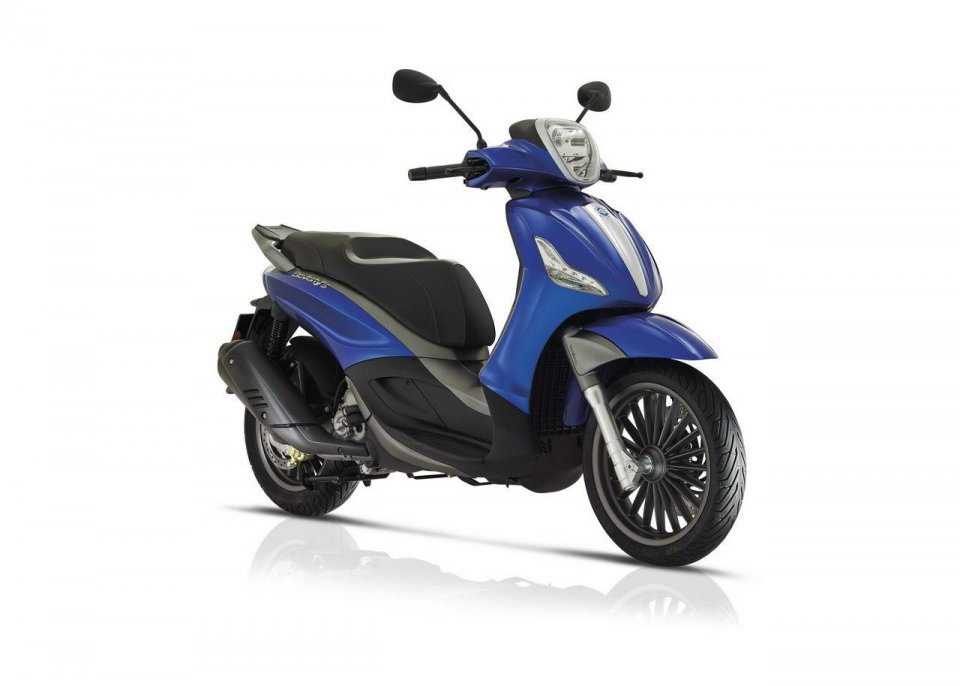 Launched in 2001, the Piaggio Beverly revolutionised the medium engine capacity scooter segment. Beverly's commercial success has always been accompanied by constant updates: the latest is the arrival of the SportTouring top of the range version that introduced, for the first time on a scooter, the ABS/ASR safety system duo and an innovative 350 engine with record setting performance. With Beverly, Piaggio completes its high wheel scooter offer capable of meeting any and all daily mobility needs. The Piaggio high wheel entry level is called Liberty, completely new and equipped with ABS and the new Piaggio i-Get engine in the air cooled version. The passage from the entry level Liberty scooter to the large and luxurious Beverly is marked by the arrival of Medley, with a more complete standard equipment package that includes the “Start&Stop” system, the Piaggio i-Get engine in the liquid cooled version, ABS and an incredible helmet compartment large enough for two flip up helmets. The new Beverly range therefore represents two benchmarks in the motorcycling progression of Piaggio high wheel scooter customers. 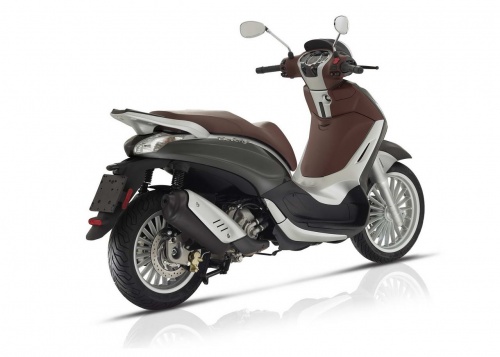 BEVERLY 300 AND 350: WHAT CHANGES - The engines that power the Piaggio Beverly 300 and 350 have obtained Euro 4 approval. Both engines are advanced and modern units, designed to meet the increasingly strict European emissions regulations. This means that, thanks to the use of a new catalytic converter, a new silencer and an update to the electronic control unit maps, the two Piaggio single-cylinders become Euro 4 approved and maintain the brilliance and performance that have always characterised Beverly. For all models, the ABS braking system and ASR traction control are now included as standard equipment, as is the remote control to open the saddle and find your vehicle by making the turn indicators flash (“bike finder” function) also comes as standard equipment. The 12V socket, already included on the entire range, is replaced by the more functional USB port, handy to recharge any modern device. The entire Piaggio Beverly range is available in new and attractive colour variations, with brand new, dedicated trimming. Piaggio Beverly 300, 300S and by Police also have a new instrument cluster with ABS and ASR warning lights, and the rider can disable the latter using the button on the handlebar.