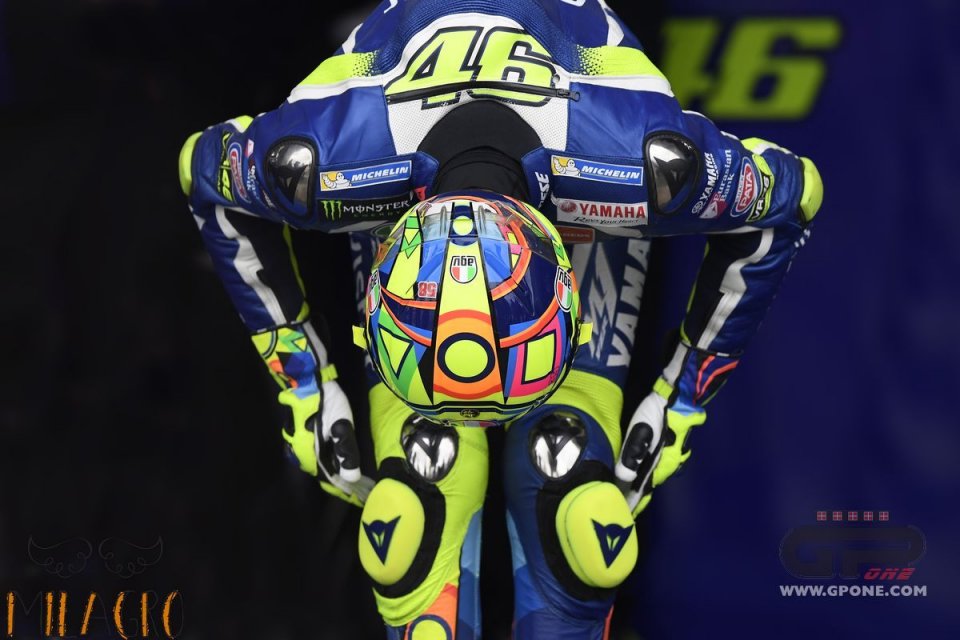 There is still much to be done on safety, and not only on ‘passive’ safety consisting of escape spaces and airfences.
In fact, the advancements in ‘active’ safety – helmets, leathers, gloves and boots – have only been the work of private organisations up to now. Dainese, especially, first with their innovative leathers, the airbag, gloves with carbon protection, and then Alpinestars arrived also.

From the early ‘80s until today we have come a long way, but perfection is obviously still far off.
Awaking from its hibernation, even the International Federation took notice, deciding to set safety standards in terms of rider gear.

Defying logic, however, they did not begin with the airbag, which would have given an incredible push toward spreading this innovation introduced by the company from Molvena, most likely resulting in a rapid spread among motorcyclists and a sharp drop in the prices (which are still quite high), but instead they started with helmets.

For this reason, almost in cloak & dagger style, a meeting of the manufacturers of this accessory was called at the Sachsenring.
No notice was issued. We received word through side channels.
The usual, odd way that FIM has of communicating.

In any case, they were all there: representatives from Arai, AGV, Shoei, Suomy, LS2, Skorpion, Shark, Kit, Nolan, X-Lite etc., (we apologise for this incomplete list).

Manel Arroyo was also there for Dorna, since it would seem that the studies for achieving a new approval would be in some way financed by the Spanish company, which apparently has also created a specific laboratory.
The meeting did not go entirely smoothly. There was even an altercation between Arroyo and Charlie Hennekam representing FIM along with Fabio Fazi.

In any case, we’ll make a long story short: after everyone has agreed on the new standard, in the near future only the helmets approved with the new procedures will be able to be worn by the riders in the races.

The helmets will be identified by a quality sticker, like the Chiquita, Gold, Silver and Bronze, depending on the grade of safety.
Naturally, this will come at a price. In fact, the approval will be paid for through a royalty payment to the International Federation. A few dozen Euros that the manufacturers will have to bear, unless, as always, the users do not end up paying it.

Obviously, anything that can improve safety is welcome, but why not start with the leathers?