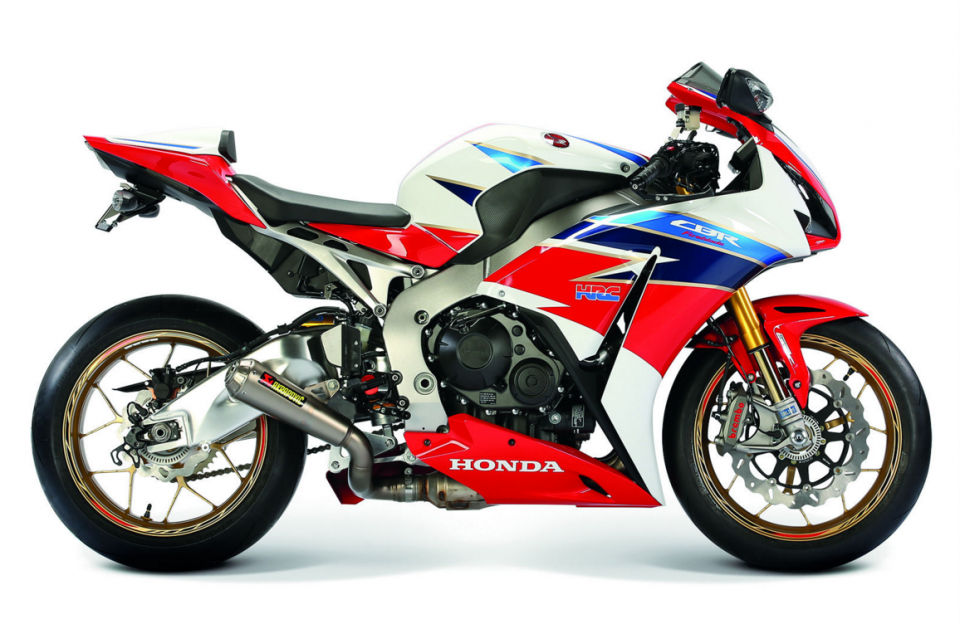 No less than 23 victories on the terrifying Isle of Man track, just 3 away from the record held by the legendary Joey Dunlop, and 7 wins in the Senior TT. In the most prestigious category, he has equalled Mike "The Bike" Hailwood's successes with last year's victory.

John McGuinness is today's star of the crazy race that takes place each year on the roads of the small island located between England and Ireland. An event that, despite having run for more than a century, never fails to attract huge numbers of fans who travel from all over the world.

To celebrate the multi-titled rider from Morecambe, who also holds the Mountain record at an average of 132.701 mph (213.561 km/h), Honda, through its British importer, has decided to present a Special Edition of his stunning FireBlade, in the official colours as used in the race by McGuinness.

The FireBlade special was presented at Silverstone during the BSB round, with two CBR SEs making a celebratory lap of the track. Aside from the livery, which also replicates the version known as "Tricolor" (standard and SP), the CBR TT Special also has a gutsy Akrapovic exhaust, and Gilles Tooling brake lever, lever guards, and chain adjuster. It also includes paddock-style stands and steel Galfer wave rotors. The CBR TT Special Edition has a price tag of £ 16,999 on the road, roughly 21,500 Euro.

Honda celebrates...Valentino Rossi on its trucks