We do not know what Carmelo Ezpeleta’s reaction to the news of Davide Brivio's move to Renault in F1 has been, but what is certain is that at the moment the Dorna number one has something else on his mind.

Even though Davide was important to him because he was the man who would probably have doubled the number of Suzukis on the track. The way things currently stand, it seems that the second team will remain - as it has been for decades - simply a possibility. 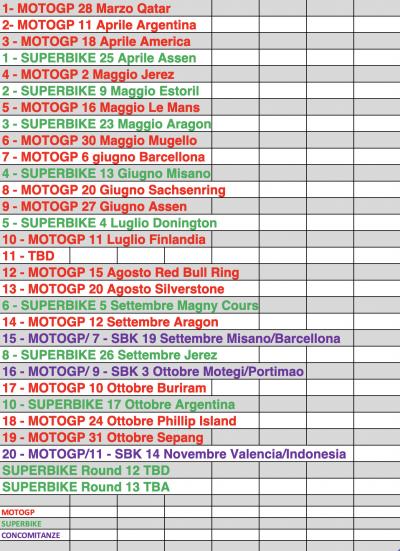 This is a problem, in view of the new agreement between Dorna and the teams at the end of 2021, but not as pressing as the other one: the calendar. In fact, while Dorna moved quickly in presenting sponsors with a nice 20-race championship that will start on 28 March with the night race in Qatar and will end on 14 November in Valencia, at least in the very first phase these are just good intentions.

As for F1, which has even presented a calendar of 23 Grands Prix - never so many – there is a real doubt that some rounds could be cancelled due to still high numbers of Covid infections.

In F1 the problem is not only Australia on March 21, but also China on April 11, but if we take a critical look at the MotoGP dates, the Argentine and United States Grand Prix, scheduled for 11 and 18 April respectively, appear to be those most in difficulty.

Furthermore, these are races that are very difficult to relocate during the year.

Ezpeleta, who has been moving very well up to now, has replacements ready, as he is sailing in the stormy seas of the Coronavirus with his tried and tested 'bubble'.

The tests in Malaysia, from 14 to 21 February, including the test riders’ shakedown, now seem safe thanks to an agreement with the Sama-Sama, the hotel at Kuala Lumpur airport to welcome all the Circus which could then move only from there to the circuit and vice versa, it would not be too complicated to replicate for the tests in Qatar from 10 to 12 March simply by keeping everyone in Losail until 28.

Expensive, of course, but much less than giving up on the Grand Prix. And if by that date the waters of the virus were still stormy why not extend the trip to the Gulf by organizing a Losail-2?

This would appear to be the simplest solution, even if not the preferred one, in order not to lose Grands Prix, knowing then that having replaced Argentina, Portimao could be put in place of the Texas GP.

At this point MotoGP, with three races behind it, could easily (so to speak) arrive in Europe, at Jerez, on May 2.

From this point of view, Superbike for Dorna is not a problem, and in fact the entire calendar of the world championship series - 13 rounds - is largely based in Europe, starting on April 25 in Assen, the Netherlands. While the three final races, Indonesia, Australia and one still to be assigned, have been moved to the end of the year.

In the meantime, gale force winds continue to blow because, you know, problems never come by half: to Brexit, which will make things more difficult for UK-based riders and teams to move, has been added a decision in the last few hours by the Japanese authorities, who have declared a state of emergency for the prefectures of Tokyo, Chiba, Saitama and Kanagawa. How much this will affect the Japanese staff of the teams in their movements is not known.

In short, the horizon is still far from clear of stormy clouds. But if Dorna went through the storm of 2020, it is to be hoped that the boat will withstand these latest waves. In any case, navigation will always be on a visual basis at least for the first part of the season, but for sure we will have to watch out for any eventual ministerial decrees, which are real rocks to be bypassed by quickly steering the boat… 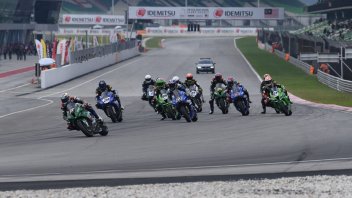