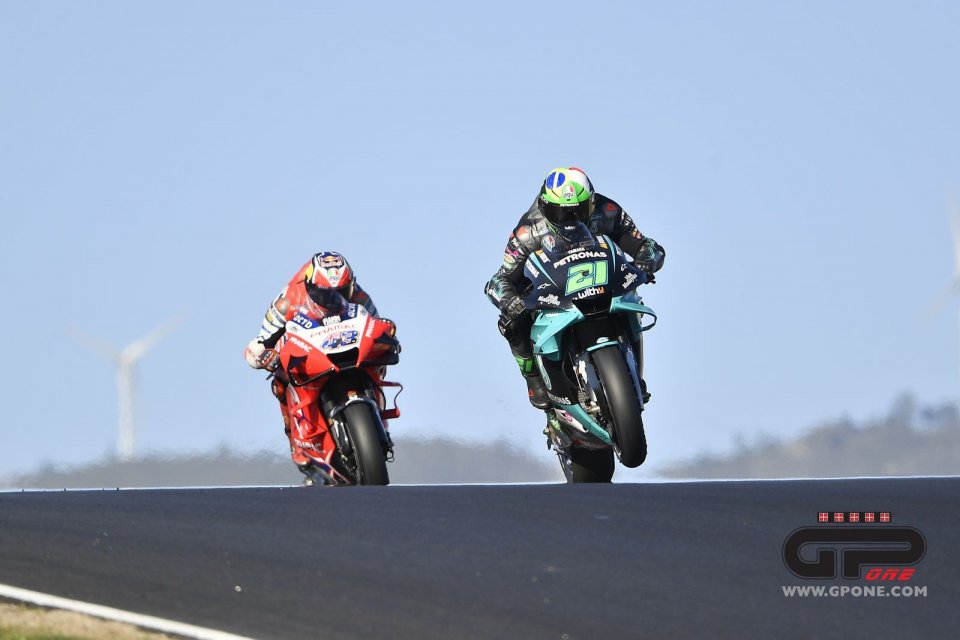 A world championship full of surprises ended with yet another one: a Grand Prix totally dominated by Miguel Oliveira, who was as they say in these cases, a prophet in his home land.

An old style race, if you like, with his opponents almost relegated to extras. Definitely different from the other win by the Portuguese rider, in which he just edged out Miller in the Styrian GP, ​​the second held at the Red Bull Ring.

The world champion, Joan Mir, was never even in the hunt, forced to retire when he was still in the rear. For this reason we crown the world champion of the strangest championship we have witnessed Carmelo Ezpeleta, boss of Dorna who held the helm of MotoGP straight in the stormy winds of Covid-19.

We didn't like everything he did, let's be clear: he banned the press from the paddock and of course we didn't like this at all. We don't believe it was necessary, at least not in the way it was implemented, but the winner is always right, so: well done Carmelo, the teams thank you but take a good look at that calendar you presented to us. We don't think it's really feasible, so let's start making the 2021 World Championship more press-friendly right now, shall we?

We said it at the beginning: the absence of the star of the last few years, Marc Marquez, resulted in a strange championship. Everyone thought that when the cat was away, the mice could play, but in the end the reality was very different. The favourites, think Dovizioso, Quartararo, Vinales, totally lacked consistency. And while we realized almost immediately that Andrea and Maverick would not have been in the hunt, Fabio deluded us: his end of the season, 19 points in the last 6 races was unspeakable, incomprehensible. But let's have a look at the top ten in a little more detail. 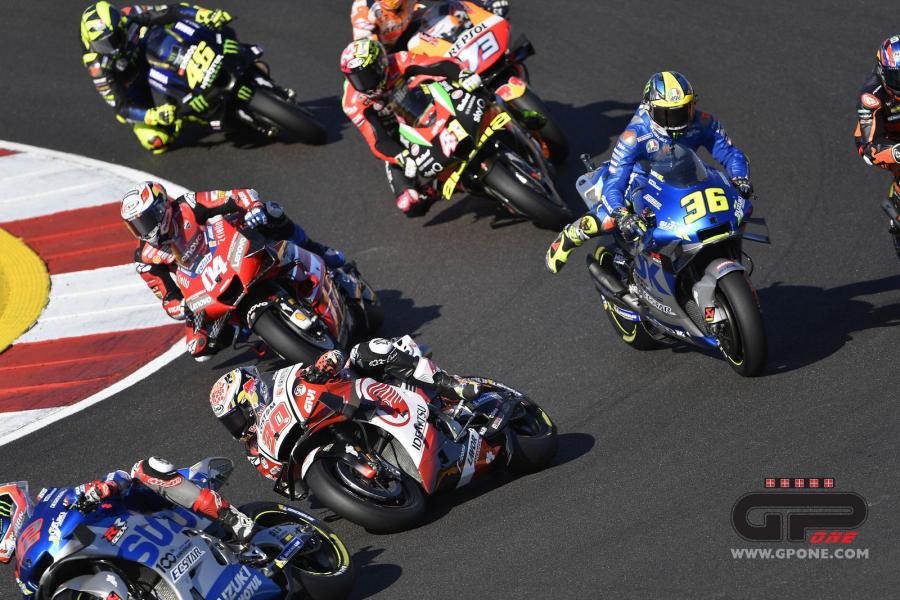 Joan Mir in the centre of the ring: only one victory but 7 podiums

Joan Mir (1 win, 7 podiums, 3 thirds, 3 seconds) - He scored the most podiums of all and would have won not just one, but two races as in Austria only the red flag took away his success. In the last two races he did not give his best. We look forward to seeing him next season. As they always say: the hardest thing is always put on a repeat performance.

Franco Morbidelli (3 wins, 5 podiums, 1 third, 1 second) - Morbido was the best rider in the field, at least from the second half of the season onwards and in the last five races the one who scored the most points of all, 81. Incredibly despite being the best Yamaha rider in the standings, he is the only one - at the moment - not to be 'official' next year. As always when we speak of Yamaha, every year the best bike is the one from the previous season, but is this really true?

Alex Rins (1 win, 4 podiums, 1 third, 2 second) - He started the season with shoulder problems, and anyone who understands motorcycling knows it's no laughing matter. Then he recovered and at the end was only overtaken by Morbidelli who in the last five Grands Prix scored just two points more than him. Suzuki finds itself with a good pair of riders. As in the case of his teammate, we look forward to Rins in 2021.

Dovi, Vinales and Quartararo are the real disappointments of 2020

Andrea Dovizioso (1 win, 2 podiums, 1 third) - Dovi missed the biggest chance of his life to become world champion, because although it is true that in the end he was the best Ducati rider in the world rankings, he was not always the best Ducati on the track. He won a Grand Prix where he was supposed to, in Austria, but was incomprehensibly behind in most races. He used the white horse in a season where everyone used it and it didn't pay off. We needed the black one.

Pol Espargarò (zero wins, 5 podiums, 5 thirds) - He did not win, but he won the trust of HRC for 2021 in the long run. The youngest of the Espargarò brothers has a good character and with Marc Marquez he will form a smiling couple. Sure, 'Magic Marc' has set the bar with the RC213-V quite high. He will have to be good at the high jump...

Maverick Vinales (1 win, 3 podiums, 2 thirds) - Maverick, despite his name, was not a Top Gun this year. He won at Misano but for the rest of the season he was hit and miss and above all he never seemed at ease with the Yamaha. And just think that he was the team’s leading rider, so he certainly can't complain about not having been listened to. In the end he finished ahead, albeit by a few points, of his future teammate, Quartararo. His problem is not speed, but the self-confidence that he seems to lack. 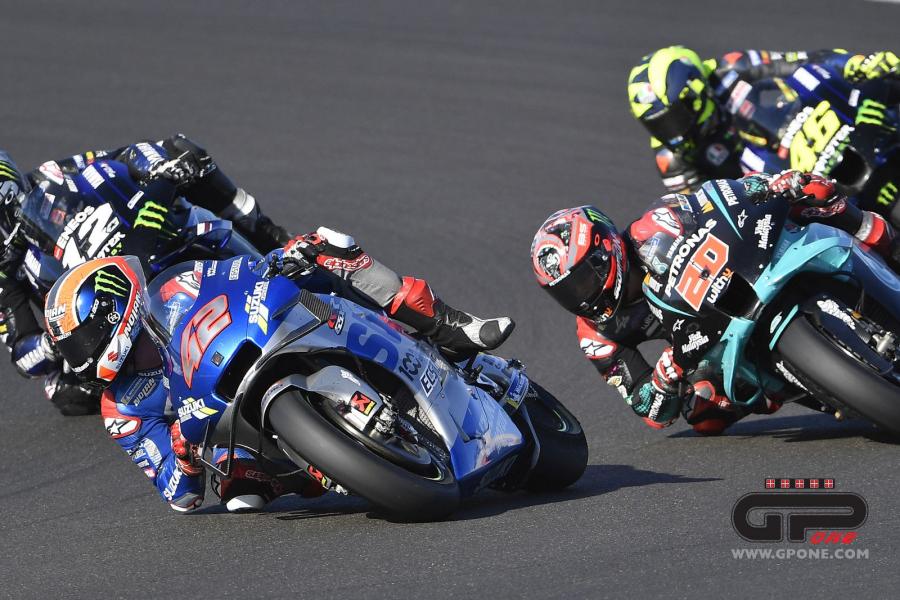 Jack Miller (zero wins, four podiums, three seconds, one third) - Jack was a nice surprise this year, although he has not lost the habit of parking the bike. He finished 7th in the world championship just three points behind Dovizioso, best Ducati rider in 4th, but with four zeros (Dovi only one) and it doesn't take a mathematician to say that he was much more incisive than Andrea, fully deserving his promotion in the official team. Ducati starts over from another Australian.

Fabio Quartararo (3 wins) - He started where he left off in 2019: as a possible rival to Marquez and therefore, without Marc on the track, as a top protagonist. Everyone crowned him the new world champion in advance and little Fabio couldn't take the pressure. We understand Yamaha's problems but in the second half of the season he simply evaporated.

Miguel Oliveira (2 wins) - He took the KTM twice to the top step of the podium, and that alone would be enough, but especially in the second part of the championship he acquired continuity alternating between 5th and 6th place. In the end there was much less talk of him than of Quartararo. A rider of substance. 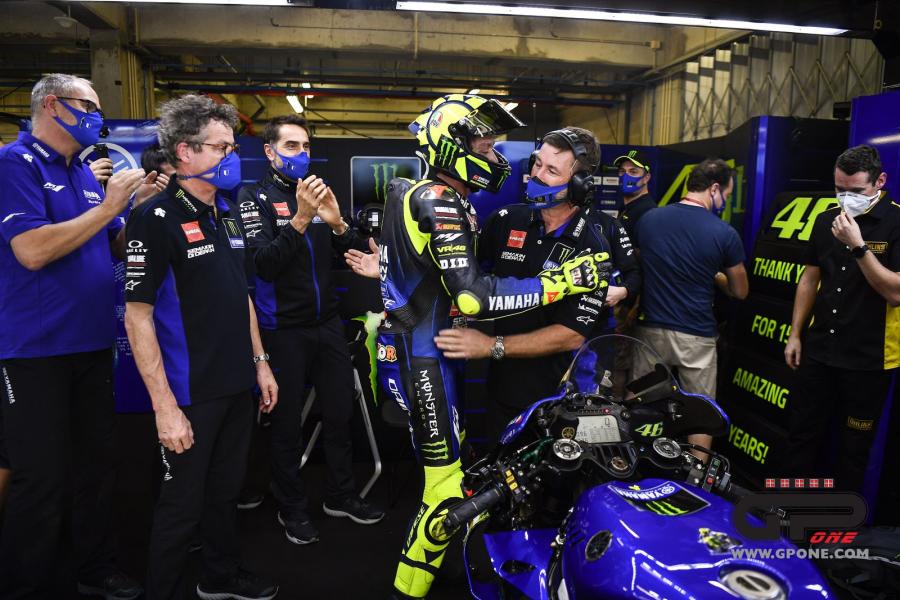 The best of the rest: a mention for Binder, Petrucci, Nakagami, Zarco, A. Marquez and Bagnaia

There are two other Grand Prix winners on the list: Brad Binder, who took the win at Brno and Danilo Petrucci, who did it at Le Mans. Overall, Brad had a better season than Danilo's, who was a bit lost. With the two of them could also be Takaaki Nakagami, who twice came close to the podium, and once even close to victory, then parked his bike. Still, it was his best season.

Johann Zarco, the Frenchman showing good form in some Grands Prix and getting on the podium in Brno, was not unworthy and neither was Alex Marquez who at one point, at Le Mans and Aragon, seemed possessed by the spirit of his brother with two consecutive second places. Francesco Bagnaia, on the other hand, did not shine for anything other than a good second place at Misano. Pecco is an intelligent guy, in this very similar to Dovizioso. It's not that you have to be stupid in order to go fast, but sometimes looking for solutions is just a waste of time. You have to adapt to problems and ride despite them. As they used to say in Wayne Rainey's time: riding over the problems.

Last but not least, as the Anglo-Saxons say, two words about the man: Vale Rossi. Whatever he  says or feels, the years weigh heavily. The class remains, but as we said many seasons ago to another champion: the more the seasons advance, the fewer aces up the sleeve you find yourself with. So it becomes difficult, nigh on impossible, to make the spheres of the universe coincide on Any Given Sunday, every Sunday. So, even if it doesn't seem like it, even if you don't want to, even if you don't believe it, there are more bad days than good ones. Some people realize this and step aside, others, those most in love realize it but don't want to give up.

After all, it’s like that in life as well. He who loves is a slave, a Slave to Love.

And only those who know how to truly love know the right moment to end a story. Hi Cal, we will miss you… 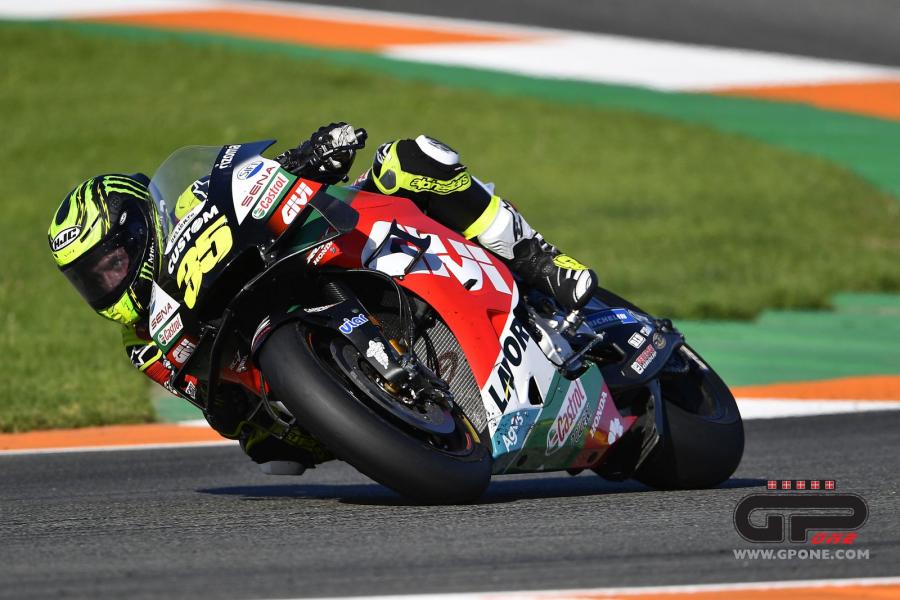 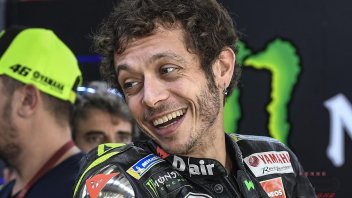