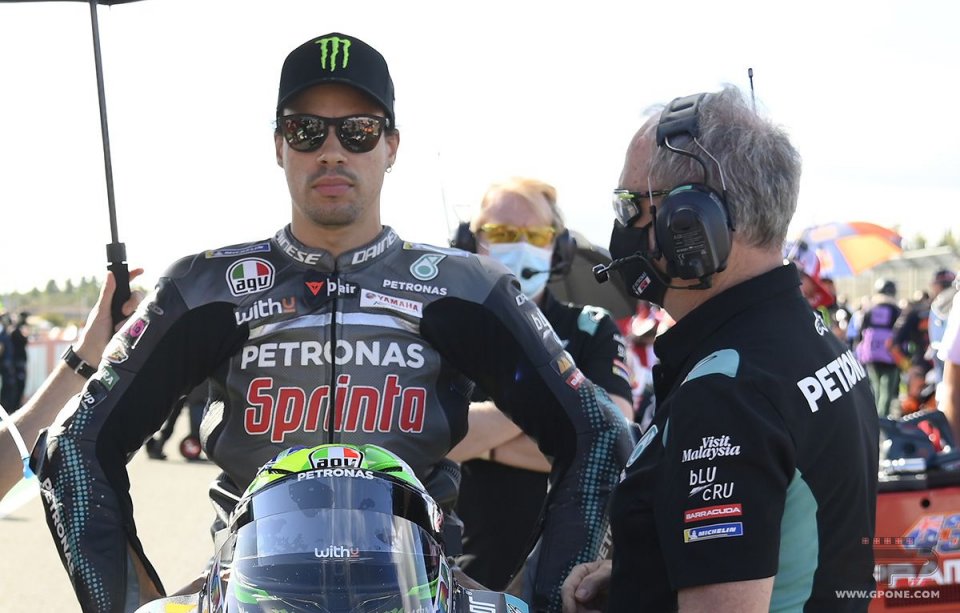 Franco Morbidelli has been indicated by many observers as the number one candidate to win the 2021 MotoGP riders’ title. A position reached following a second half of last season he experienced as outright leader, with three wins and an eventual runner-up slot in the standings. From a certain point of view therefore Franco will be aiming for revenge this year, given the bad luck that put an end to his challenge on several occasions at the start of the season.

The paradox comes with the technical package that Morbidelli will have available in 2021, seeing as  among the Yamaha riders he will be the only one not to have the latest evolution of the M1. This will go by right to the two factory men Vinales and Quartararo and also to his new team-mate Valentino Rossi. At this point, it looks like he will be in a condition of technical inferiority, but in reality Morbidelli, in addition to an M1 that he knows perfectly well, will continue to have at his side the man who literally knows how to make the bike fly, namely Ramon Forcada. Interviewed by Simon Patterson of The Race, Morbidelli made some interesting points.

“Ramon knows Yamaha from head to toe,” declared Morbidelli. “That we were working one more year on the same bike really helped him a lot in refining the very small details that are there to be refined on a bike. This was one of our strengths; we knew the package very well. We knew what to do and when to do it in order to defend ourselves and to improve the setting in a very fast way.”

2020 was undoubtedly an incredible season and all the right conditions seem to be in place for him to be one of the leading protagonists this year as well.

“This year we’re going to go into the season with a great trust in ourselves. I was expecting to do well, because I was feeling like I was in a great form before starting the championship. I knew that something better was coming; I was waiting for it. But I wasn’t expecting so much better, so much improvement. But I’m happy I got there and I’ll keep it in my pocket.”

Even the fact of still racing in the satellite team does not seem a problem for Franco at all.

The real change in the garage will be his team-mate, with the arrival of Rossi…

Morbidelli stressed however that he did not have a bad rapport with Quartararo.

“I never felt a heavy situation inside the team, a heavy air, everything went smoothly with us. It’s just going to be very different with Vale because we’re friends. I’m going to spend more time in contact with him than I did with Fabio.”