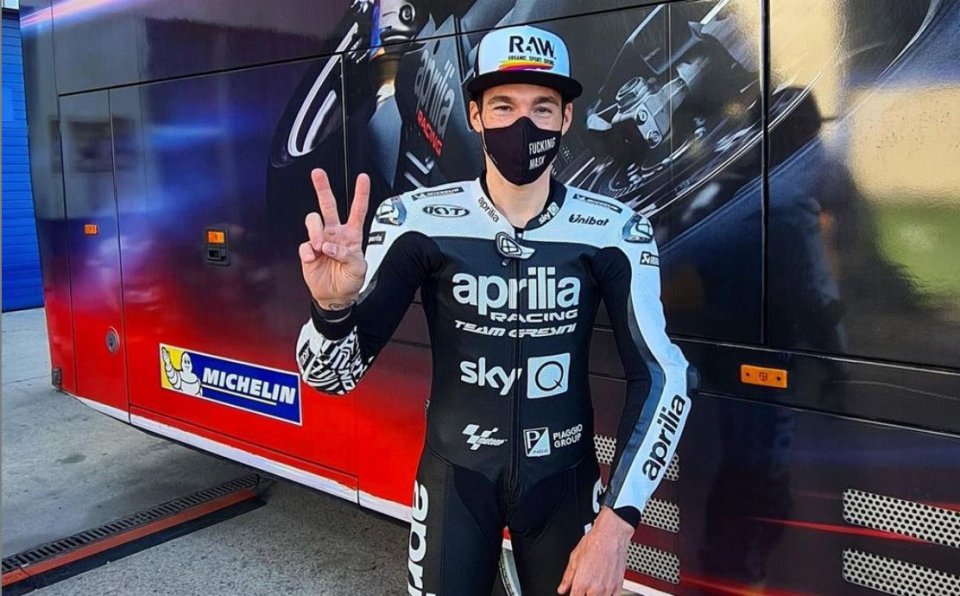 Tests on the Spanish track continue for some MotoGP teams, and they’ve been lucky, since the temperatures have been exquisitely spring-like, with the thermometer reaching 20°C. Ideal conditions for preparing for the season, which will start in three weeks in Qatar and, where, after a day of shakedowns, the riders will take to the track on March 6th.

Aprilia, KTM, and Honda met up in Jerez. Thanks  to concessions, Aprilia was able to test with its own riders, while the other two had to use their respective test riders.

The tests started yesterday and will end tomorrow. These are especially important for the Noale constructor, which is continuing its work on the 2021 RS-GP, an evolution of the model that debuted last year. The new aerodynamics are being tested in Jerez.

Looking at the chronometer, Aleix Espargarò seems to be particularly at ease and has lowered yesterday’s reference time by an abundant second, to the limit of 1’37”747. His team mate, Lorenzo Savadori, is slower by about a second. Besides being less experienced, he’s not doing that great physically because of a shoulder problem.

The track conditions were much better than yesterday, and Stefan Bradl’s time on the Honda also proved this. The German rider set a time of 1’38”289, about 7 tenths better than yesterday. Dani Pedrosa with the KTM (but there’s also Mika Kallio) lowered his time, lapping at 1’38”607.