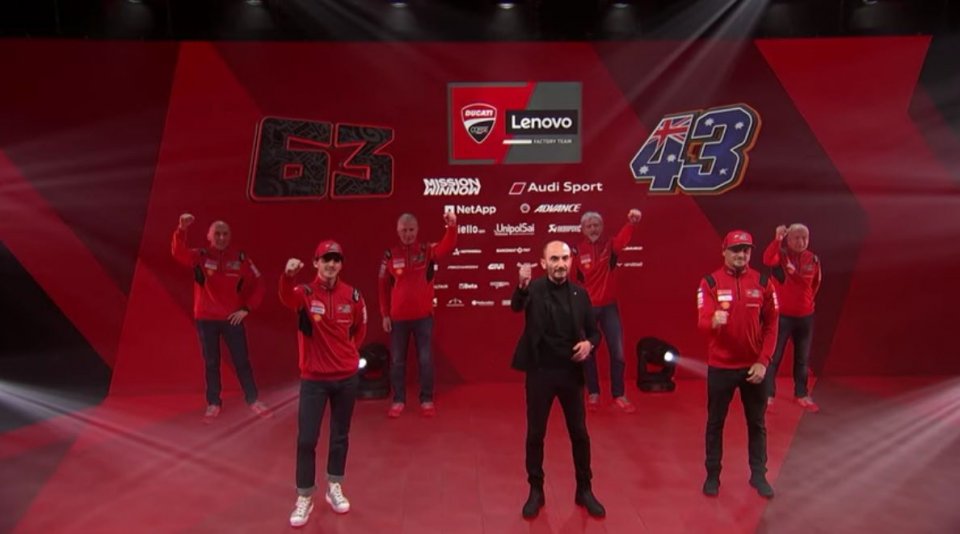 Ducati is the first manufacturer to take the veil off its bike for this year, presenting the new livery on its online channels. The chaperon for the event could only be Claudio Domenicali, CEO of the company.

The new bike sports traditional red, while on the fairings there is the logo of Lenovo, which this year becomes the title partner of the Ducati Lenovo Team.

2021 is the year of change and Domenicali is in no doubts: "We decided to focus on a policy aimed at young riders, which we like very much - he said - so we started again with two guys like Pecco and Jack, whose talent we have a lot of confidence in”.

Echoing Ducati's number one is Gigi Dall’Igna: "I have shortened my beard as you can see - he joked - in recent years I tend to touch it often, because it brings good luck, but now I'll have to lengthen it because of the mask. Seriously, we are ready to go. In 2020 we won the constructors' title and that is the place to start again. In this regard, there is certainly great regret about not having been able to share this joy with all our fans, seeing as Ducati is a world made up of people who love racing. "

Dall'Igna: "Jack has incredible talent, Pecco pushes the front to the limit as few riders can do"

2021 is undoubtedly a year of innovations: "In life there are moments where you need to change and this was the moment. We therefore decided to focus on two talented young riders like Bagnaia and Miller, but with experience behind them given their past in the satellite teams. The two of them are missing very little to fight for the world title. Jack has incredible talent and must understand that he can fight for the World Championship, in some cases trying to resign himself to the result rather than risk it all”.

Attention then shifted to the rider from Piedmont: "Pecco pushes the front tyre to the limit like few other riders can. Last year he had to deal with a serious injury like that to the shin, but he was strong and did well to overcome it. As for development of the bike, it’s very nice to be copied by the Japanese”.

Davide Tardozzi then spoke: "In Ducati there are 1500 people who are first and foremost fans - he declared - MotoGP is the maximum expression on two wheels and you have to go to bed every night and wake up thinking about improving and doing well, seeing as half of the grid has won a world title”.

Paolo Ciabatti then took the floor: “We are coming to this season after winning the constructors’ title, which confirms that ours is a competitive bike. 2020 was a complicated year, because the virus affected us all. However, we believe that Jack and Pecco can play a leading role ”.

Miller: "Me after Bayliss and Stoner". Bagnaia: "It was an immense pleasure when they told me I was official"

And then it was the turn of the two riders.

The first was Bagnaia: “When they told me I was in the factory team, it was an immense pleasure. From an early age I dreamed of Ducati, because it is an Italian bike, you recognize the noise immediately and I hoped to get here. I could have arrived in MotoGP a year early, but I preferred to postpone. In fact, in MotoGP you need maturity, because otherwise you risk taking a beating”. As for goals: “I prefer to talk little for now and maybe do it later”.

Jack Miller wrapped things up: “Wearing the colour red is an honour for me. It's like I've earned recognition after Bayliss and Stoner. A lot of years have gone by since the last title and it's time to try. It will certainly not be easy. If you want to aim for great goals, talent is only one piece of the puzzle, you need the right mentality ”. 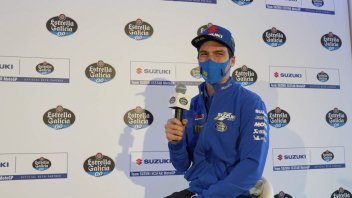 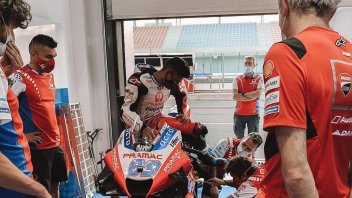