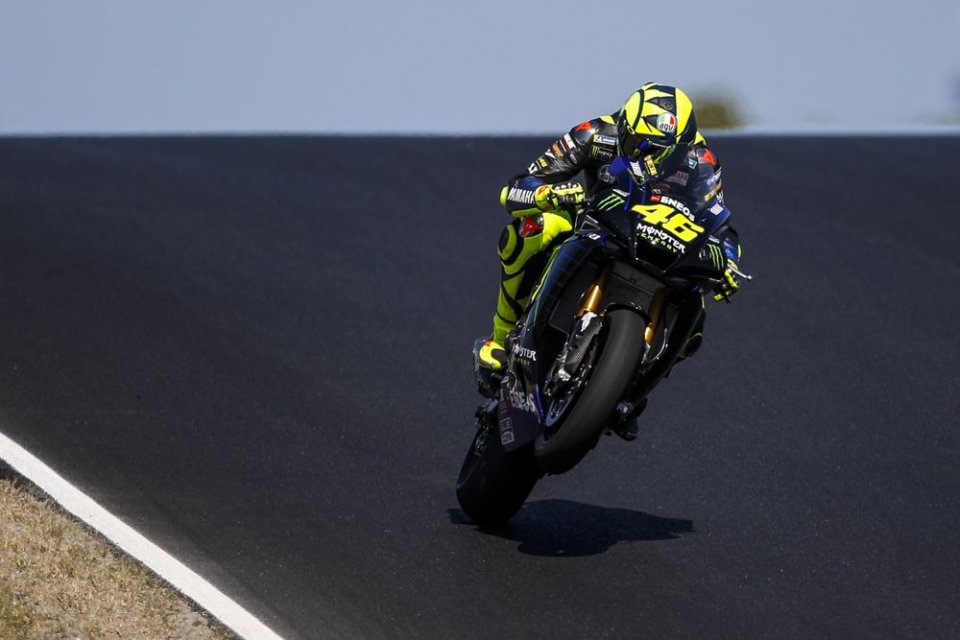 The MotoGP riders will have to wait until March to get on their bikes, but that doesn't mean staying away from two wheels. All the protagonists of the world championship in recent weeks have begun to get back on the bike in some way or another: flat track, motocross but also on the circuits, with production bikes, of course.

The VR46 Riders Academy is no exception and has organized two days of testing on the Portimao track. Already last year Valentino Rossi and his riders had intended to go to the Portuguese track before the GP, but the Dorna tests meant a change of plans.

The idea, however, has remained alive however and next Wednesday and Thursday, February 3 and 4, all the riders of the Academy will be on the Portimao rollercoaster track.

As mentioned, they will use road bikes: the Yamaha R1 for Valentino Rossi and Franco Morbidelli, who will thus find themselves in the pits for the first time as teammates, and the Ducati Panigale V4S for Pecco Bagnaia and Luca Marini.

Together with them there will also be the riders of the other categories: Marco Bezzecchi and Celestino Vietti, Stefano Manzi, Niccolò Antonelli and Andrea Migno.

The two days will be very useful for everyone to get rid of the winter rust and also to refresh their memories about the Portimao track, which will host the third Grand Prix of the year after the double-header in Qatar.