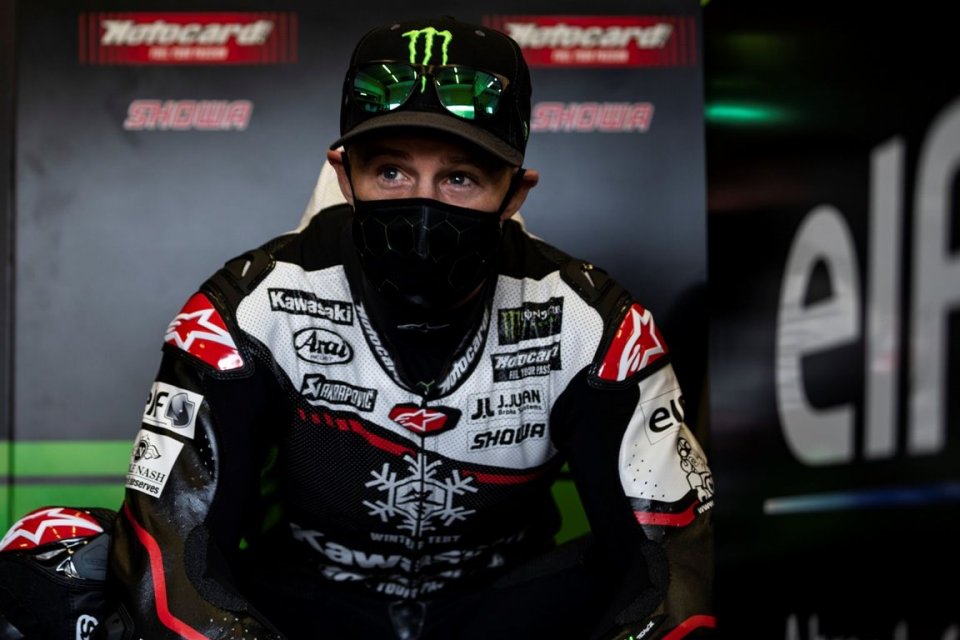 Johnny Rea used Thursday morning to do some gymnastics, then had a quick shower, sorted his suitcase out and showed up at the circuit to exchange a few words with the journalists present. Due to the rain, no rider did any laps here at Jerez, so the only thing left to do is take the long way home...

A real shame for the Northern Irishman, who hoped to get out on track with the new Kawasaki and go up against the other riders.

“Pity about that - Rea said - I'm disappointed for the team and all the people involved in this project, because we have been stuck with the work here in Jerez. Unfortunately, with only 10 days available, because of the new rules, this is no small problem. Both for the money, but at the same time also for the weather, because you waste your days. Tonight I'm leaving for Barcelona and tomorrow I'll be back home again ”.

At Jerez expectation was high to see the potential of the new engine, especially after the last test at Aragon.

“The new bike is young, and also the engine is not yet at 100%. The feelings are in any case positive and I want to try to improve. There is certainly a large margin, even if today there was no comparison with the other bikes. Personally, I'm confident, but we need to take a step forward with the aerodynamics, despite the fact that something has already been done to reduce the downforce".

Rea then explained the improvements on the bike, especially after the Aragon test.

“In the fast corners I feel more confidence than in previous years, the bike rears up less. We have not lost anything and I must say that KRT has done a great job compared to the past. I've never felt so fast with the Kawasaki at Aragon ”.

He also had something to say about the new entry Rabat.

“I know Tito a bit, even if not very well. He is not a new rider for me, as I’ve had the opportunity to exchange a few words. What can I say: good luck ".

No laps were done at Jerez, but the engine of the new Kawasaki was one of the hot topics of the two days…

“The Kawasaki has improved in every area, but the sensations are different than in the past. But the character of the ZX-10RR remains the same as ever. The radical change concerns the pistons and then there are some technical differences. To be honest, we don't need to gain a second and run the risk of losing our way ”.

At Jerez the talk was all about the bikes, but also about Covid tests…

"I would like to get the vaccine as soon as possible and I hope that a lot of people will follow me. Unfortunately, the vaccine is not yet available in my country. I'm in the best shape of my career, but I'm afraid of being tested positive for Covid and risk not being able to take part in the championship, this scares me. In fact, every day I try to be very careful with my behaviour. Last season we saw guys like Rossi and Hamilton miss races. Dorna could think about  dropping the worst result, as they do for example in motocross. We will have to see what happens ”.

He had one last comment about the cancellation of Imola…

“I am very disappointed about Imola, it is a historic track in the racing world. Maybe it will be a bit old, but I prefer to go there rather than to tracks like Estoril. There is a big passion at Imola. It would have been incredible "

In the latest episode of the series by Vanessa Guerra: the Spanish champion's GP, Oliveira's secrets, a challenge between Nakagami and Alex Marquez
5 hours 51 min ago