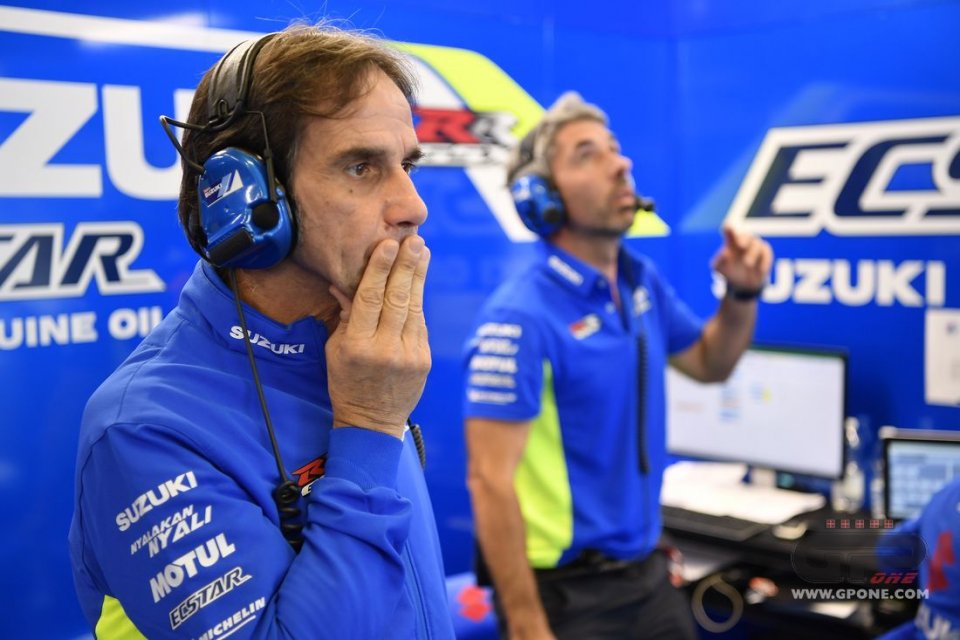 Joan Mir’s and Suzuki’s victory in the 2020 World Championship was certainly a real surprise for the entire world of motors. Among the creators of this authentic masterpiece, there was certainly Davide Brivio who, in his role as team manager, has managed in recent years to develop the Suzuki MotoGP project, practically starting from scratch, and bringing it to its current success.

The Formula 1 paddock also probably noticed Brivio’s key role in this success, since various indiscretions by colleagues on four wheels (mostly from Motorsport.com)  see the Italian manager very close to an agreement with Renault towards becoming part of the new Alpine F1 project. Brivio should, in fact, be taking the place of Ciryl Abiteboul, who’s in charge of Formula 1 operations, appointed as CEO, while Marcin Budkowski (currently Executive Director of the Renault team) will be Team Principal. Abiteboul should, instead, be taking on a more impactful role in Alpine’s new organization.

Renault’s call to Davide Brivio probably came from Luca de Meo, the French company’s CEO since July 2020 and former head of marketing for FIAT, as well as main author  of the project that led the Italian company to sponsor Valentino Rossi’s and Colin Edwards’ Yamaha MotoGP since 2007. Davide Brivio was team manager  at the time.

When Brivio eventually arrives, he’ll have to take over an already well-established position in the Circus, since the team finished in 5th place in the standings, with three podiums, while McLaren, which installed Renault engines last season, was 3rd behind Mercedes and Red Bull.

Fernando Alonso – two-time champion in the F1 and ready for a great return to the top four-wheel championship after being away for two years – will also be waiting for his arrival. At the end of 2018,  Fernando had, in fact, left McLaren, but he’s now ready to get back on track by marrying the Alpine cause. Remember that he won his two titles in 2005 and 2006 with Renault. Estaban Ocon will be riding alongside the Spanish champion.

“I braked in the wrong place at the wrong time. I’ve had worst moments in my career, and I’ve always gotten out of them.”
6 hours 12 min ago

Ezpeleta: “We celebrated him in Qatar. A heartfelt moment of silence. I believe that this event shared with Formula 1 is a demonstration of how...
1 day 2 min ago

Johann joked about the incident at the end of FP2. "I'm in the good group but I’m not riding relaxed, I'll look at Bagnaia's data to solve the...
2 days 23 hours ago

"The recovery surprised me. It was faster than I expected. I had surgery on Monday, and I could already train on Wednesday. I'll have to see how I...
3 days 1 hour ago