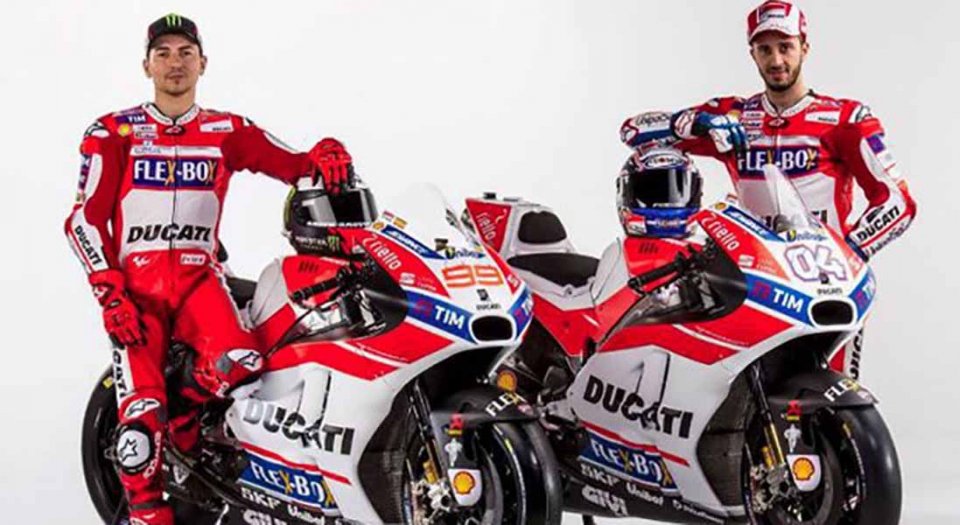 In this end of season period, the riders continue to tell each other things by ... proxy, entrusting their thoughts mostly to television interviews in which they talk about a bit of everything.

This was also the case of Andrea Dovizioso who entrusted his thoughts to DAZN.

An interesting part is the one in which he talks about Jorge Lorenzo, who he had as a teammate in Ducati in 2017 and 2018. What is certain is that there was never a spark between the two of them, no friendship for sure, but not even mutual tolerance. .

"He still doesn't like me, that’s for sure. Especially because he attacks me as soon as he can, and I have never been able to  figure out if it's because he couldn't get over the fact that for two years he's always been behind me with the same bike or whatever. Having won so many championships he should be above these things by now, but I noticed that there is something bothering him and I can't understand his mind, which is a bit peculiar", said the man from Forlì who nevertheless admits that competing with Jorge did help him to improve as a racer.

Conversely, Dovi has good memories of Casey Stoner, with whom he shared the Repsol Honda team garage in 2011.

"He was by far the most talented. But beyond the talent, there was also how he managed to squeeze his talent. You can't say Valentino has no talent, but Casey on the first lap, bam! (He was setting the best time) And that was the worst thing for his rivals. All his career he did that, he was very good. So, in addition to this talent, it was the way he took advantage of it", he concluded.

A positive opinion, as well as that of Marc Marquez, who beat him for three consecutive years.

"It's hard to say if there is a more talented rider than Marc. Everything he accomplished was done in a way that would lead one to say that Casey was a bit more talented, but I find it hard to say, honestly. Marc, for different reasons, he lives his life differently than Casey. He didn't have those disagreements or situations Casey wasn't comfortable with and has never said that when it’s too much it’s too much. Around him, everything was so much easier, relaxed, calm. And that's why he has won so many championships and will have a very long career. "

Dovizioso's final compliment was paid to Dani Pedrosa, of whom he has fond memories.

"He is a good guy from what I know, very talented, someone who brought a riding style with a way of trying to raise the bike that everyone has imitated. With some physical limitations, because he was conditioned by his height at times, sometimes for good, but perhaps more generally for bad. But when he was convinced and determined he was unbeatable. He has always been a top rider, fighting for the top positions, but has always had little ups and downs or had bad luck with fractures and he failed to win the MotoGP World Championship, which he certainly deserved ”.