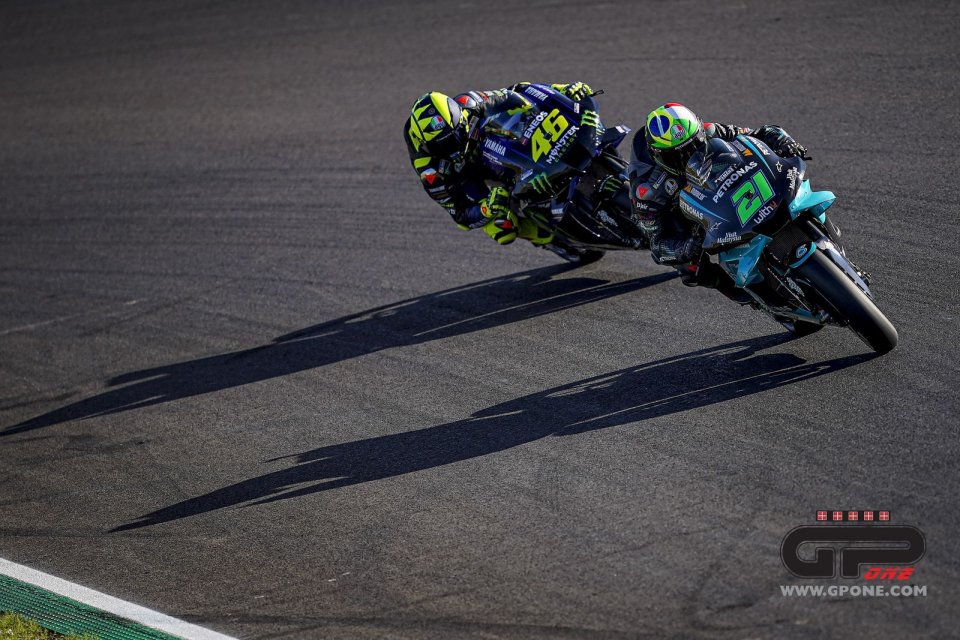 Yamaha has won more than any other team this year, but it also suffered two disgraces: the first was the penalty in the constructors championship because of the valve mishaps, the second was having finished behind its own satellite team, Petronas, in the riders championship, thanks to Franco Morbidelli.

More than any other, perhaps only Ducati will have to face almost the same challenge, since they’re called to face 2021 with a pair of riders who, for one reason or another, have not been entirely satisfying this year.

Compared to the Borgo Panigale team, however, Yamaha has one more problem: Valentino Rossi’s departure from the factory team. A potentially devastating  change, not only now, but also for the future.

If, indeed, Lin Jarvis is playing low ball on this subject, he realizes that, as number one of the “Factory” team, he can’t afford to get beaten once again by his Malaysian friends.

Franco Morbidelli, the best of Iwata’s riders, is “caged” because he won’t have an evolved M1, but the “Spec A” 2020 instead. However, even Valentino won’t have – after receiving the 2021 for the Sepang tests (if there will be any) – updates that will be available during the year in real time. Can this be true?

In fact, from what we’ve learned, Iwata would be working on the new aerodynamics. The fairing for next season will be very different from the current one, with new wings, as well a different dynamic air intake.

Logical changes, given the request of the riders who wanted more power and, with engine development at a standstill, all that remains is working on supply.

News is that Rossi will still have the new fairing starting with the first tests, so that he can assess it. Noblesse obliges or rather oborto collo?

That’s right, because it’s not that Yamaha has all this freedom of action... its main sponsor, Monster, will also migrate omto the Petronas team’s fairings, probably in the position currently occupied by “Visit Malaysia”: a message that, during these Covid times, makes little sense to keep.

And, with an annual contract, and the redefinition of the team Dorna agreements at the end of 2021, it takes little to understand who could have the upper hand, given the media power of the phenomenon from Tavullia who could decide, if the treatment doesn’t completely satisfy him, to… stop riding for Iwata’s team, and steal the ball! Metaphorically speaking, sponsor and rider, towards other fronts. Maybe Suzuki, or Ducati, if his brother Luca Marini’s,adventure will begin under the best auspices.

That's why not fully satisfying your illustrious “former” highness is not in Yamaha’s interest. Also because Frankie Morbido has every reason not to be satisfied, after finishing the world championship in second place, also because he didn't receive a 100% official M1.

So there’s pressure in the Yamaha Factory team. A pressure that both of its riders, Maverick Vinales and Franco Quartararo, have demosnrated that they still cannot fully manage.

In short, the start of the next championship, which however will still have to deal with the long tail of the pandemic, will not begin on a carpet of roses for Lin Jarvis. Even if it seems hard to say, for him and for his group, the enemy will be… just around the corner, actually, in the garage next door! 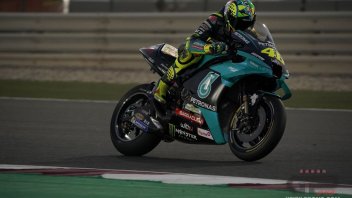