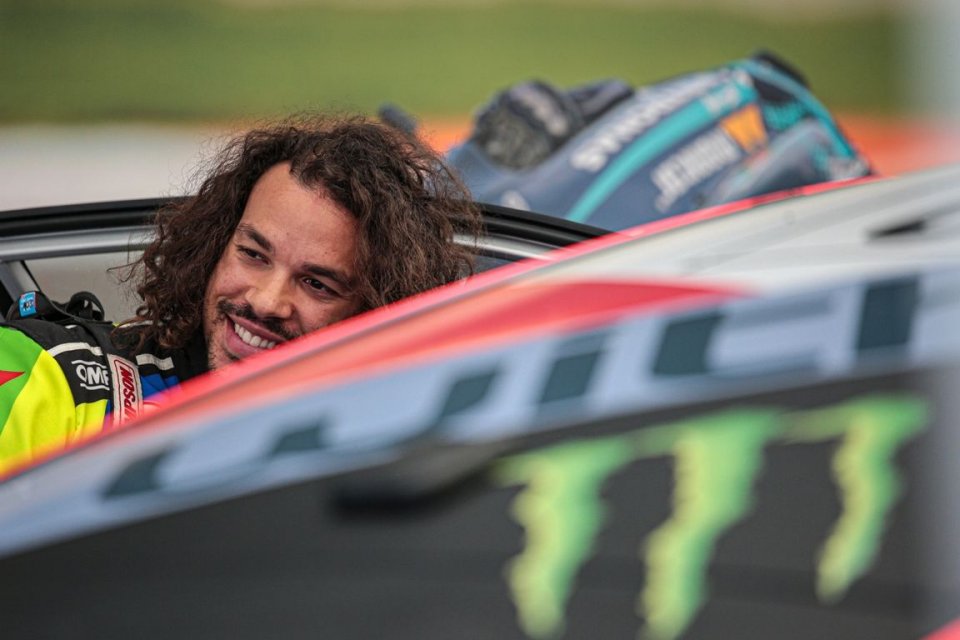 It might be true that the doctor did not prescribe it, but it must be recognized that Franco Morbidelli has shown a lot of courage, in choosing a World Championship race to make his debut in world of rallying.

Franco is expected to have a totally unprecedented weekend in Monza, since he will have to deal with conditions that are certainly not simple with cold, ice, asphalt, gravel and even snow. Yet he is not intimidated by the challenge, and is tackling the rally with the maximum of concentration and determination.

At the end of the first stage, which took place in the Autodromo, the Roman from Tavullia was 37 seconds slower than the leader, Ogier, who set the benchmark time.

"What can I say, it was a baptism of fire, but it’s over - a smiling Franco said - the best of the weekend is yet to come, since today is only the beginning. As you well know this is my first race in the World Championship and in rallies, so as a result I have a long path ahead of me. Obviously I didn't come here to Monza with the ambition to win, I just want to learn, improve, avoid making mistakes and above all bring home the car safe and sound. "

Franco, on the eve of the race you said that racing at Monza is like ending up in a tiger's den. In the end, however, in the cartoon, Naoto manages to defeat her.

“I'm at the first episode of the cartoon (he joked), but as I said, here in Monza I don't intend to defeat anyone. I'm here to learn and improve ”.

What is the most complicated aspect of driving a rally car and tackling the special stages?

"There are a lot of difficulties in this rally, in all the conditions we find from one section to the next. Then there are the pace notes, where you have to quickly put into practice what the navigator tells you. But at the same time the use of the handbrake, as well as braking and acceleration. So I have to get used to it quickly in the shortest time possible ”.

So was your Moto2 debut easier?

“Moto2 was easier, in the end I came from the same environment, that is bikes. Here, however, there is a nice big leap to take ".

Rossi is not in the Monza Rally this year. But we know that you have spoken to each other...

“Yes, we spoke yesterday and he gave me the best advice he could give me, which is to take it nice and easy. He has raced many times here at Monza, just as he has participated in some races of the World Championship and with four wheels he has much more experience than me”.

After the first day, you’re already thinking about Friday…

“Today was a taster. Tomorrow the race will go live and I will have to be precise and not make any mistakes. I'll try to do my best, having fun and obviously trying to do a positive performance "

“It’s happened to me a few times in the past. My arm is fine, but I left something on the table in qualifying. It’ll be important not to make...
19 hours 17 min ago