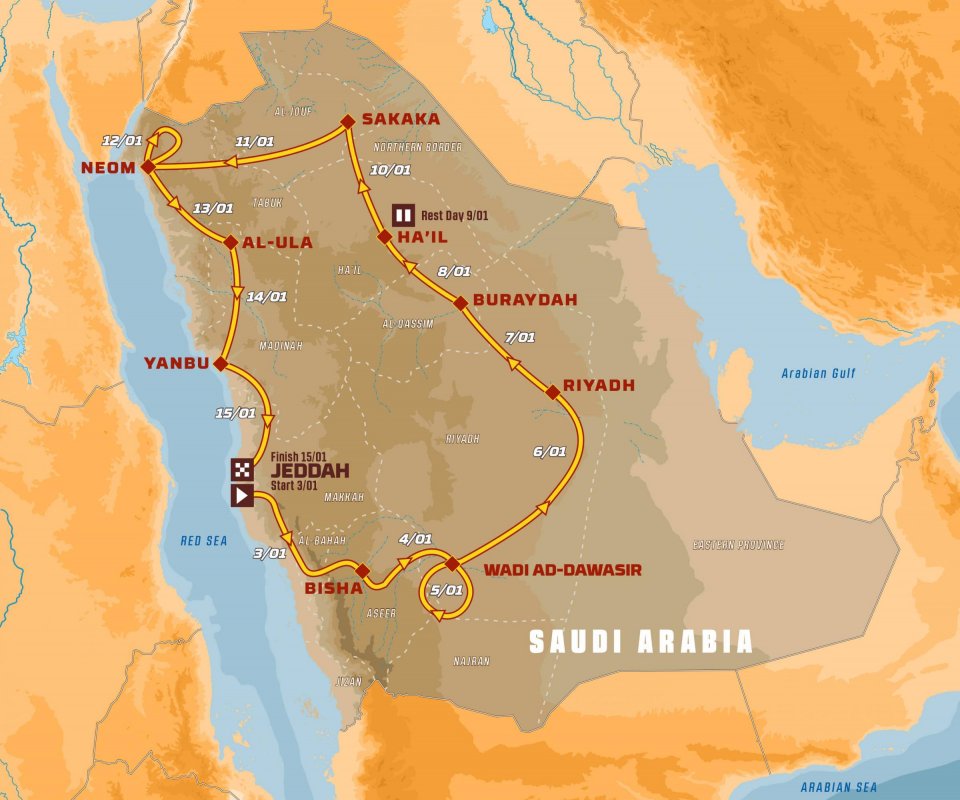 The details of the 43rd edition of the Dakar, which will be held in Saudi Arabia this coming January 3rd to the 15th, were announced via a presentation programme shared on the event's digital platforms and picked up by its primary broadcasters.

A route of 7,646kms starting and finishing in Jeddah, including 4,767 kms of special stages, will allow the competitors to battle amongst themselves and continue the exploration of the Saudi deserts begun last year.

The 2021 course, which features all-new special stages, strives to reduce the length and amount of fast sections, while emphasising driving technique, as well as crossing and navigation skills. A marathon stage will test the equipment management and endurance qualities of the competitors immediately following the rest day in Ha'il.

Despite the difficulties associated to the health crisis, a strong field of competitors have answered the call, with 321 vehicles on the entry list. In addition to the 108 motorbikes, 21 quads, 124 cars and SSVs and 42 trucks expected at the start, 26 vehicles have been entered for a regularity competition in the new "Dakar Classic" category, open to cars and trucks built prior to 2000.

“We often hear that participating in the Dakar is a victory in itself. This is certainly the feeling that will invigorate us all on January 3rd in Jeddah", underscored David Castera as he begun the presentation of the 2021 Dakar. The preparation and in particular the reconnaissance, had to be conducted according to a schedule adapted to the 2020 travel restrictions. Similarly, the rally will be held under unusual conditions drafted in a protocol designed to ensure maximum protection against the spread of the Covid-19 virus. But for rally-raid enthusiasts, the discipline’s biggest event will feature the ingredients that "thrill those who set off and make those who stay home dream", to quote the ethos of its creator, Thierry Sabine.

After an introduction to the Saudi deserts, the 2021 Dakar competitors will receive an even more in-depth lesson in geography. The characteristics of the route as well as the new regulations introduced aim to reduce average speed, further improve safety conditions and highlight the sporting qualities of the competitors.

Specifically, the fight for the various titles at stake should put the top competitors, who are used to battling it out at the sharp end of the standings, in competition with each other. In the motorcycle category, Ricky Brabec and Honda put an end to a series of 18 consecutive victories for the Austrian firm KTM, which will return with an all-star line-up of riders to try to begin another Dakar winning streak, while the reigning quad category champion, Ignacio Casale, will set off on a new challenge in the truck category, the same class in which he discovered the Dakar in 2010. 2020 winner in the car category behind the wheel of a Mini X-Raid buggy, Carlos Sainz returns with the same ambition but maybe not with the same good fortune that allowed him to control the threat of Toyota’s Nasser Al-Attiyah. With an already lively competition between the two leading constructors, the competition will be intensified by the return of Sebastien Loeb, who, like Joan "Nani" Roma in the private BRX team, will be back.

Cyril Despres and Mike Horn, who have launched a project for an alternative energy vehicle for the Dakar, will be another duo to keep an eye on. And 2019 SSV category winner, Francisco "Chaleco" López from Chile will be the man to beat, in a category where the hierarchy however is constantly changing.

While the Dakar participants will head into action on January 2nd with a short prologue (11 km) to determine the starting position of each competitor for the opening stage, they will have to go through several intermediate steps before then. A majority of the vehicles will be summoned to Marseille on December 1st, 2nd and 3rd to be loaded on to a cargo ship, direction Jeddah. The meeting on the shores of the Red Sea with the owners will take place on December 30th and 31st, while the technical and administrative checks will be conducted on January 1st and 2nd in accordance with health protection regulations, as required by the period we live in. 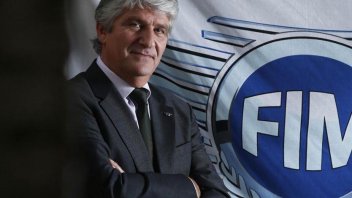 Viegas: "If it is necessary, It is not taboo go until January 2021" 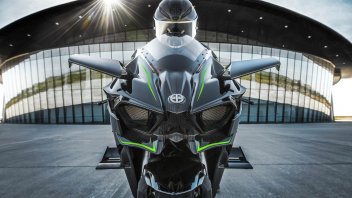