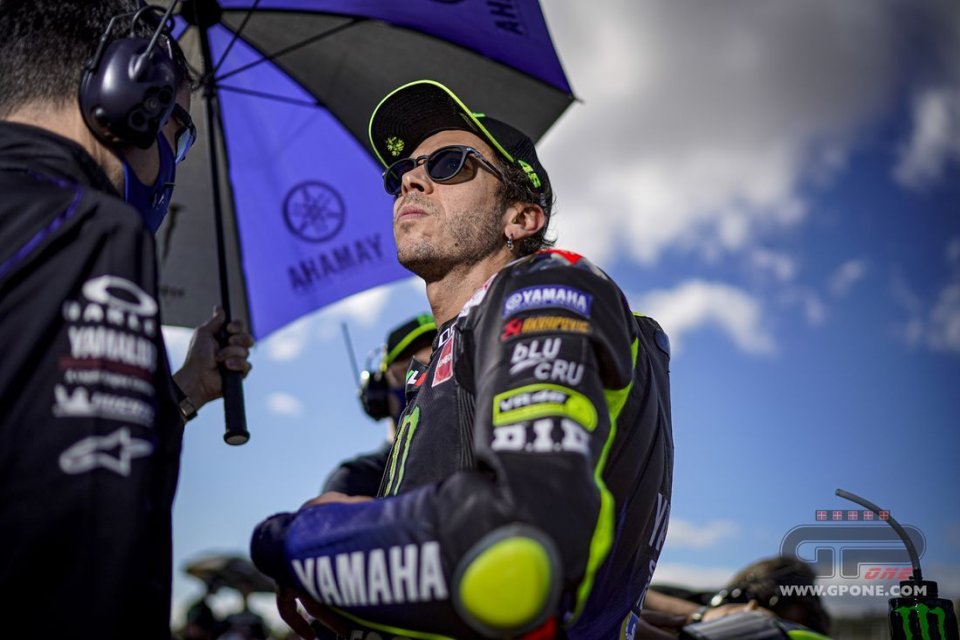 Valentino Rossi has lived through many 'season finales' in his career, but this one will be different from the others because on Sunday he will leave the factory Yamaha garage, where he arrived in 2004 – with two years away with Ducati – before returning. Together they have achieved many successes and the Doctor will still be linked to the Iwata manufacturer in 2021, but will wear different colours, those of the Petronas team.

Valentino, if you look back what are the memories that are most impressed in your mind?

“There have been so many good moments since I arrived in 2004, but what I remember most is how much I talked to Lin Jarvis and he gave me the opportunity to return to the factory team after two years with Ducati. At that moment I was desperate and without that opportunity I would probably have stopped racing. For this I will always be grateful to Yamaha. Our story is divided in two, in the second part I won less but there were still incredible moments. I will miss this team very much ”.

Let's move on to this season, what vote would you give to yourself and Yamaha?

“It was a difficult year, I scored very few points. In some races I was fast, but after the second Jerez GP I was unfortunately unable to get on the podium, even though I was close at Misano. For this reason I would give myself a 5, while Yamaha has won many races, so it deserves a 7”.

Vinales said the priority for the M1 2021 is to find more grip at the rear.

“We have suffered a lot from this problem and when we can't get the tyres to work the bike becomes difficult to ride. So I agree with him, but at the same time we must also work to improve the top speed ".

Maverick also said the mistake was to change direction after 2016.

“The transition from 2016 to 2017 was crucial for Yamaha, because we started to suffer. Before that we had a very competitive bike, which allowed us to fight for the title. But I can't say if it was Yamaha's fault or our rivals, who improved more. We must be able to progress as they did ”.

Suzuki above all. Dovizioso said that its secret is simplicity, do you agree?

“It is certainly a simpler bike than Ducati, which always works hard to bring new solutions. I think Suzuki has done a great job improving its strengths and has given its riders a bike that helps you ride it and this is important for the championship. "

Sunday will be the last race for Crutchlow and Dovizioso, what effect does it have on you?

“I never like it when a career comes to an end. Cal came from SBK and then had a great career in MotoGP. I particularly remember his first victory in Brno in 2016, where I finished 2nd. I have a long relationship with Dovi, which began in the days of minibikes. I fought many battles with him, in Malaysia in 2016, we fought for the whole race and then he won ".

Let's talk now about your brother Marini, still in the running for the Moto2 title.

“He could have arrived at this race with more points, it's a shame, it's not over yet for him but the disadvantage is quite big and not everything is in his hands. Luca had a difficult time after Le Mans, he took a big blow and then the race was run in difficult conditions, the worst thing. Even at Aragon he only took a few points and it's a shame, because he showed he has the speed to fight for this championship right to the end ”.

“I come from a difficult moment, after catching Covid I had a technical problem in the first race in Valencia, I managed to finish the second but I was not very fast. It's a point to restart, I want to have a good race, to have good sensations on the bike ”.