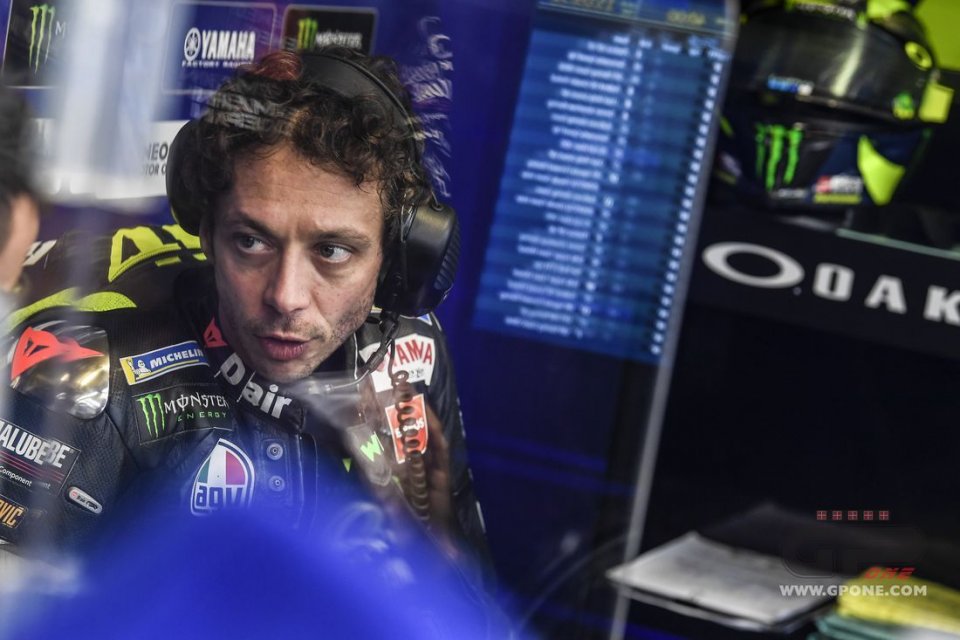 Valentino Rossi tested positive again for the Coronavirus, but then negative after a second swab. The Doctor had discovered he had contracted the virus on October 15th, and that’s why he was forced to miss the two Aragon Grand Prixs. But last week, after two negative tests, he was able to get back on his Yamaha in the FP3s during the European GP in Valencia.

It all seemed to be a thing of the past, but a swab he took on Tuesday in Italy was positive. Yet, it didn’t end there because, as Sky reported, another swab he took in the next 24 hours was instead was negative. Now they think the first result was a false positive.

Rossi has already arrived in the Valencia paddock but will remain in isolation until he receives the result of a third swab. If that one's also negative, then he’ll be able to race.

New sponsor for Franky: the automotive industry is one of the main sectors in which Belotti solutions are applied and have always been appreciated,...
2 days 3 hours ago

MotoAmerica and AMA have given the green light to the RS 660 model to compete in the Twins Cup starting next season in compliance with the...
4 days 23 hours ago

For 2021, Herrera will take part in the WorldSSP Challenge, featuring at the European stages of the championship, which currently make up the first...
5 days 3 hours ago

Friday, February 27th, at 6 pm, live streaming on the team’s social media channels, but also on GPOne, Facebook, and YouTube: presentation of the...
6 days 3 hours ago

Moriwaki won the inaugural Moto2 world championship with Toni Elias: "Toni won riding the MD600, one of the best achievements in Moriwaki's history,...
1 week 2 hours ago

The Indonesian track is one of the reserves on the MotoGP calendar: “It recently flooded, but our drainage system worked.”
1 week 23 hours ago