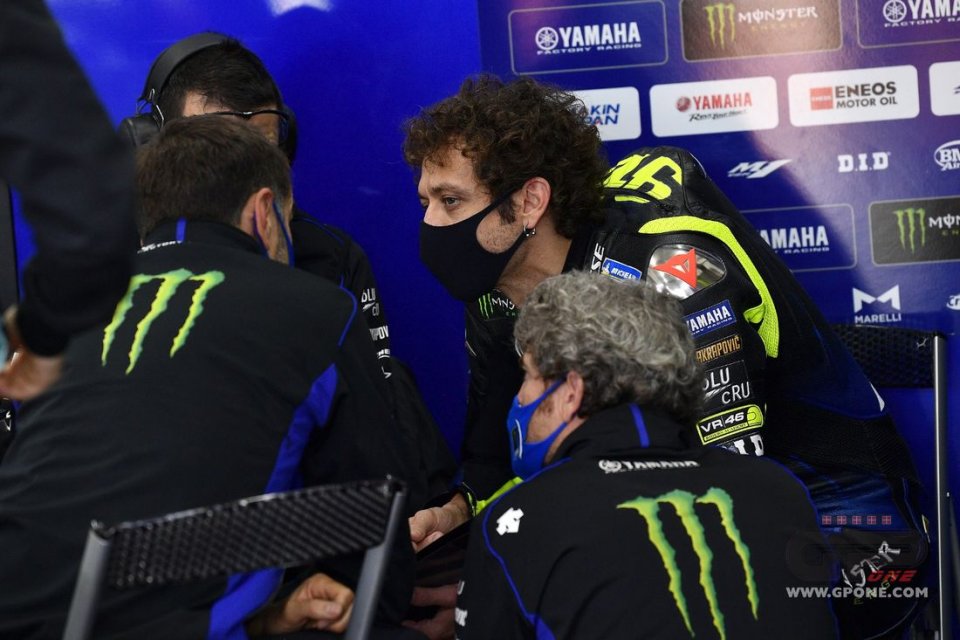 Valentino Rossi is back and he fought his first battle with the timekeeping with swabs, the ones he has been doing since last Sunday before the expected negative result arrived. So yesterday he was able to make his first steps back in the garage and today he again grabbed the handlebars of his Yamaha, after having left it alone for more than three weeks.

“I don't know if I missed more MotoGP or MotoGP missed me, I think it's a draw - he smiled - I missed my team, working with them to be able to be fast, to breathe that atmosphere. But the worst thing was not riding the Yamaha, because you only experience certain sensations on a MotoGP bike. All the other things I do in life I like a little less ”.

How did you live this period of forced distancing?

“Fortunately, I was physically ill for only two days, I had a fever, but I had no trouble breathing and I never lost my taste and smell. Then it took me another 2 or 3 days to fully recover ”.

"It was a difficult experience because I was shut up at home alone for 24 days, practically nothing for two weeks. It was boring".

Were you afraid of not being able to race in Valencia as well?

“After two weeks all the other people who had been found positive with me turned negative, but I didn't. I had a great fear of not being able to race here either and in fact I did 6 swabs in the last week, they were my morning wake-up call at 7.30 ".

What was it like watching the races on TV?

“Not at all nice, especially watching the second GP at Aragon from home. In the first one I wouldn't have been able to race because I wasn't feeling well, but then yes and it was frustrating ”.

On your return, however, there was good news, with the official confirmation of your brother Luca Marini in MotoGP next year.

“I'm very happy for him, it's every rider's dream to race in MotoGP and he'll do it with Ducati and on a good bike. Then he always said that racing with me was his dream and I'm happy that we will do it in MotoGP ”.

Was it your dream too?

“I'm happy of course, it will be a great motivation for me. My first memory of Luca is very special. He was born on 10 August 1997 and I won my first world championship the same year but on 31 August, I have the image of him in my arms, back home as a world champion, he was only 21 days old. Next year we will be together in MotoGP, I'm especially happy for him ”.

You will have to wait a few more months for this, what was it like to get back on the M1?

“I immediately felt good, I didn't have any particular problems apart from missing yesterday, it's more difficult without having lapped on Friday. In Q1, unfortunately, we found the conditions quite bad, because we suffer when the asphalt dries. Apart from that, the sensations on the bike were good ”.

Yesterday came the news of Yamaha's penalty for modifying the engines without permission, what do you think?

“I think our first problem is the engine department, which is our weak point. It doesn't have great power or good driveability, and they made that mistake with the valves as well. For the rest, I only know that when I used that unit it broke, so nothing would have changed for me anyway ".

You seem critical of the work done in the winter…

"There were a lot of expectations for the 2020 bike, but in the end there was no decisive step forward, in fact Morbidelli won two races with the old one".

Is the Suzuki the best bike now?

“I think they worked well, Brivio has managed to blend together the work of the Japanese and the Italians. It is no coincidence that their bike is now so fast ”. 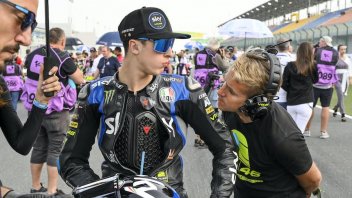