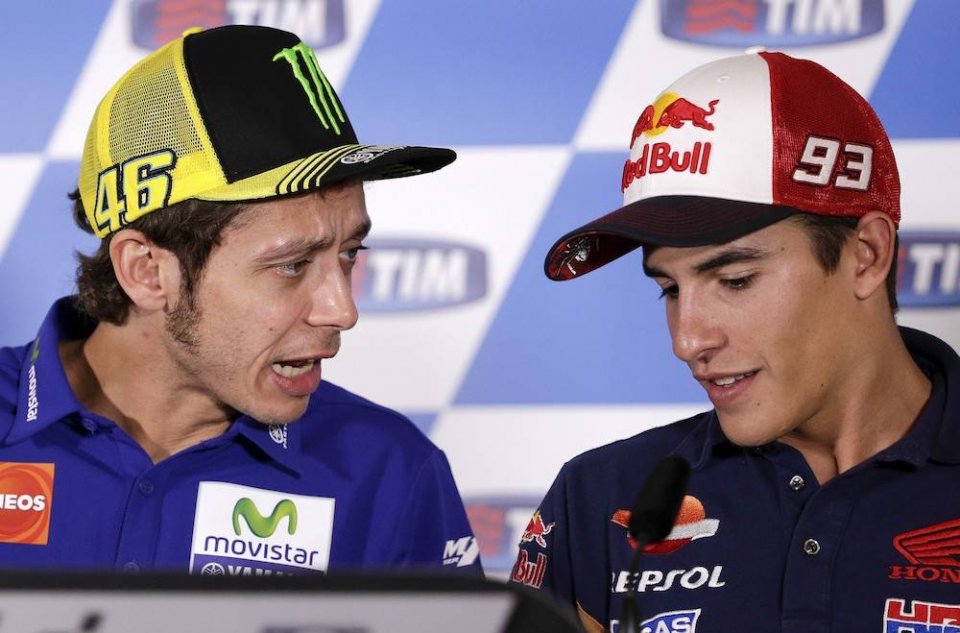 There is a lot of anticipation for the grand finale of the 2020 World Championship, and also a bit of trepidation.

In fact, from Portugal, alarm bells are ringing over the last Grand Prix, scheduled for November 22 at Portimao because of the alarming growth in infections due to the Covid-19 pandemic.

Whatever happens, and we hope that all three races will be held in order to boost the credibility of a wretched world championship, not all the doubts accumulated so far can be eliminated.

In fact, while Dorna has announced in advance a regular calendar of 20 races, it will be very difficult to respect their scheduled dates, because of clearly understandable contractual obligations. We therefore expect the usual series of changes, unless Carmelo Ezpeleta succeeds in the miracle of making all parties accept new schedules on the calendar.

Among the issues to be solved there are also those linked to some of the protagonists of MotoGP: Marc Marquez is still recovering and many ideas have been bandied around about him. Recently there has been talk of a third operation and it seems incredible that the world champion will forego any chance of getting back on the bike, even if only for a test, in view of a 2021 season that promises to be difficult too, also from the point of view of the number of testing days available.

Doubts about his actual state of health continues to hover over the world championship, but perhaps already at the beginning of this week Honda will provide some more news about its protégé who, let us not forget, after having signed a four-year agreement for - it is reported - around 100 million Euros is a fundamental asset for HRC.

Even regarding the state of health of Valentino Rossi, who was halted by a positive test for Covid on the eve of the double-header at Aragon, there has been speculation in recent days.

In fact, those fans who expected a tweet from Vale in the same style as the one posted by Federica Pellegrini, who also tested positive for Covid-19, were left disappointed

"We are fit - said the Olympic champion on social media - Today (October 29, Ed.) finally we are back in the water with new goals." Pellegrini announced that she was positive for the virus on October 15, disappointed about the fact that it was impossible for her to take part in the International Swimming League in Budapest.

From Rossi, however, still nothing for the moment, as well as from his brotherly friend Uccio Salucci, who also tested positive for the virus.

However, our sources tell us that Vale’s mega-motorhome from Pesaro is already on its way to Valencia. That doesn't mean much, except that the 9-time world champion is still planning to finish this wretched championship.

According to Dorna rules, Vale will have to undergo a swab, provided that the last event did not register him as negative, 72 hours before his entry into the paddock.

Will we see Rossi and Marquez together on the track before the end of the championship? It is desirable, but not certain...

Friday, February 27th, at 6 pm, live streaming on the team’s social media channels, but also on GPOne, Facebook, and YouTube: presentation of the...
13 hours 39 min ago

Moriwaki won the inaugural Moto2 world championship with Toni Elias: "Toni won riding the MD600, one of the best achievements in Moriwaki's history,...
1 day 13 hours ago

The Indonesian track is one of the reserves on the MotoGP calendar: “It recently flooded, but our drainage system worked.”
2 days 9 hours ago

The 2018 Supersport 300 champion was injured last September after a crash in Estoril: "Five months seemed like five years"
2 days 10 hours ago

Enea had made his debut in the Moto3 World Championship with the team from Imola: “I want to remember him as a winner. He helped me a lot.”
2 days 12 hours ago

“This is a battle that no longer involves sports. It’s a battle that all humanity must sustain, because this virus takes no prisoners and demands its...
2 days 13 hours ago

He will take the place of Takahiro Hachigo. Mr. Mibe joined the company in 1987 and during his career has mainly been involved in automotive research...
6 days 19 hours ago