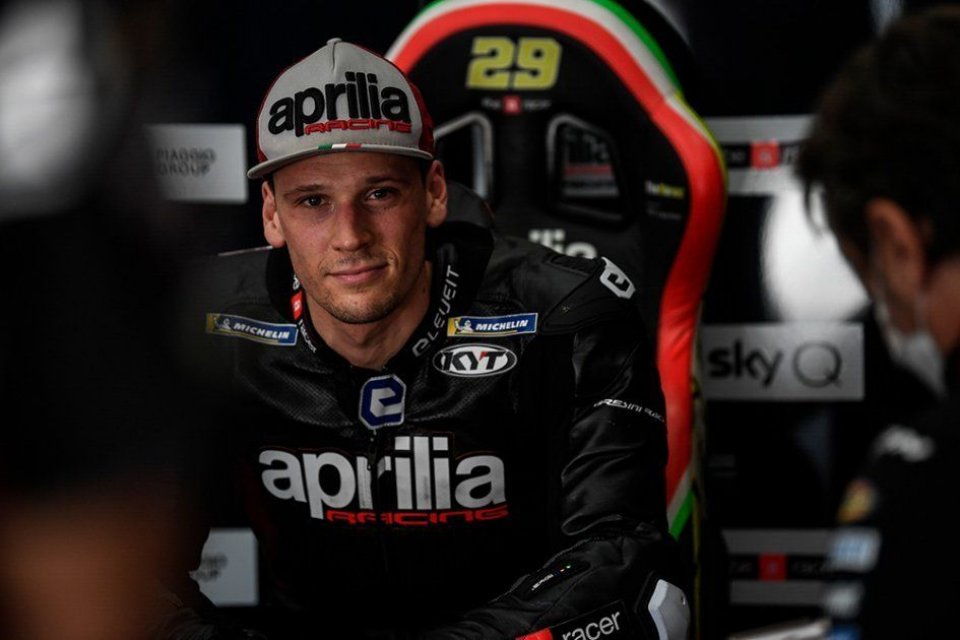 There are days that remain in your memory, and Tuesday 27 October will be one that Lorenzo Savadori will never forget. In the morning Aprilia informed him that he will be lining up on the grid on the RS-GP for the last three rounds of the MotoGP season together with Aleix Esparargò.

Lorenzo, a rider from Cesena with a passion for football, has seen that dream he has long sought after since he was a child come true, that is, racing in the top class. Too bad that the first round of Valencia is in just over 10 days’ time, since the rider from Romagna wanted to get out on track already this weekend.

"What can I say, this is a very special day - Lorenzo declared - this morning Massimo Rivola called me to tell me this news and I didn't even have the right words to answer him for the emotion I had inside me. I can only thank him, as well as the whole Aprilia family, because this is a dream that I have sought after for so long come true ”.

Who was the first person you told about the news?

“I spoke to Fausto Gresini, then my friend Daniele and obviously my father and my mother. My dad was really excited, maybe he even shed a few tears. They have made a lot of sacrifices for me in all these years and I think I have repaid them in the best way ".

This Aprilia MotoGP bike is like an early Christmas present…

"True! It's like when you write the letter to Santa and then find the gift you have dreamed of. Apart from that, this possibility must be a new starting point for me and not a point of arrival ".

OK, let's get straight to the point…

“I'm certainly not going to bed tonight and say to myself: ‘Well Lorenzo, I'm racing at Valencia and Portimao, so I've arrived’. That would be a huge mistake. This possibility must be a starting point for my future, in order to grow and learn what it means to race and be a MotoGP rider”.

Aprilia is currently still looking for a rider for 2021. Shall we also put your name among the candidates?

"I would like that, since my dream is to become a MotoGP rider, but at the moment I want to keep my feet firmly on the ground, since I haven't raced even a single Grand Prix."

What should we expect from you in Valencia?

"The last time I raced in Valencia was 2010, the period of the 125. I will therefore have to learn the track and all the characteristics of the track well. Then understand all the dynamics that a MotoGP rider experiences inside the garage and on the track unlike a test rider. I will have to learn quickly and store all the information ”.

Aside from Aleix, is there a rider that you will follow with particular attention on the track in order to get ideas?

“I will follow them all, because you can learn from everyone, without ruling anyone out”.

You are back in the seat of the Aprilia after the Portimao tests. What idea did you get of this bike?

"Compared to the 1100 I use in the CIV there is no comparison, since everything is faster in MotoGP. What I can say is that the Aprilia RS-GP adapts well to my riding style, especially when braking, since I'm one of those riders who like to brake hard. I lapped the second day in Portimao and the sensations were positive, although there is a lot to learn ”.

Your style is very close to Iannone's…

“Andrea is one of those riders who like to brake hard, but in the end every rider has his own style. I will have to try to adapt as best I can to every situation and circumstance ".

Let's go back to MotoGP. What is your idea of ​​this crazy World Championship?

“I think it's still a very open World Championship, where no one can make mistakes with three races to go. The level is very high and you see it every weekend on the track ”.

You said earlier you will learn from everyone. But is there a rider you are curious to see in action?

"Rossi and Dovi, they are extremely experienced riders and in addition to sharing the track with them I will have to grasp every little aspect of their riding".

Lorenzo, but you in MotoGP have already made your debut with the virtual races on the PS4.

"True. This time, however, it will be a little different (smiles) ”.

Point-blank question: who is going to win the World Championship?

Last year, in December, you found yourself no longer in SBK. Did you ever think that that moment might be the end of your career?

"No. That was a difficult moment, but I always believed deeply that I would be back racing. I know inside myself what I can do and I am aware that I have not played all the cards I have available. Precisely for this reason I want the challenge with Aprilia in MotoGP to be a starting point for my future " 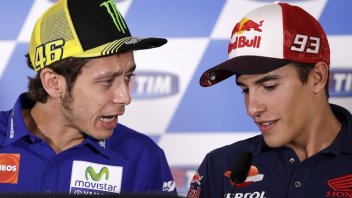 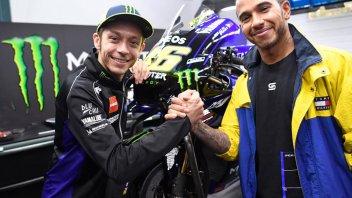 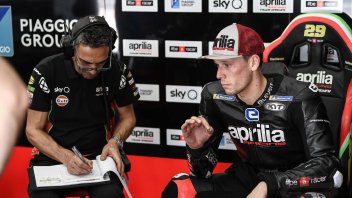