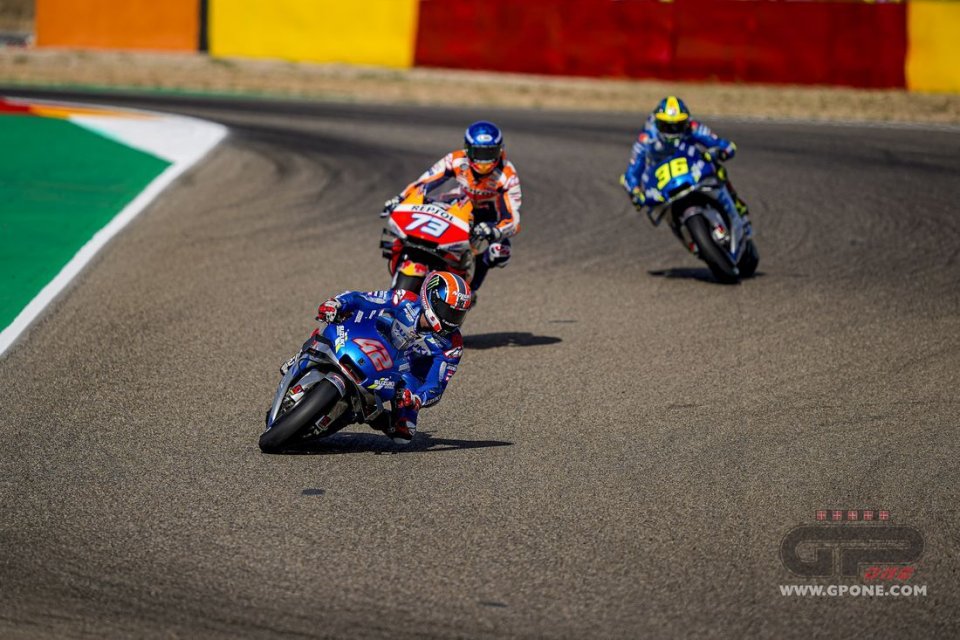 No win, a points average about which there is little to be enthusiastic (12.1 per GP), but he is leading the World Championship, so he deserves a round of applause. His name is Joan Mir and he has made perseverance and intelligence his strengths. He did the same again at Aragon, where Suzuki allowed itself a second toast with Rins, who returned to victory after having bitten too much dust between one crash and another.

Quartararo, on the other hand, caved in to all the pressure, but from the tyres, and Dovizioso put a patch on a chasm that threatens to swallow him up every Sunday.

Well done Bastianini! While all the Italians in Moto2 finished their race in a horizontal position, he went straight to the podium… and is now leading the World Championship. Way to go!!

THE GOOD - Suzuki is leading the World Championship… something that hasn't happened since 2000. Since the time of the 500s and Kenny Roberts Jr. Now there is the GSX-RR and Joan Mir, steady and intelligent. What is missing? A win that the Spaniard would have deserved in Austria. But moral victories don't exist, so Mir has to win them on the track. It is the only empty space in an exemplary CV.

THE BAD - He didn't make an entry for the championship, but he's already deciding two. Mr. Covid first ousted Martin from the battle in Moto2 and has now stopped Arbolino in Moto3. Without counting spectator Valentino on the bench. The world championship bubble is not so waterproof after all. Meanwhile, reporters who don't work for the TV have to stay at home. You have to take it out on someone…

THE UGLY - Red yes, but with anger. Amidst disagreements in the garage, a cold war atmosphere, results that don't arrive and assorted controversies, Ducati seemed to be in its best year but it has turned out to be the worst. Dovizioso is there, clinging tooth and nail to a classification that never excludes him, but neither does it reward him. Four more races and a crossroads at the end: regrets on the one hand, happiness on the other. Tap to choose which way to go.

THE DISAPPOINTMENT - Here it’s not easy to split the blame between rider and team. Quartararo or Petronas, this is the problem. So as not to make mistakes, faithful to the motto ‘we win and lose together’, we have decided to put them all behind the blackboard.

THE CONFIRMATION - All this fuss for Marquez's two consecutive podiums? Yes, if his name is Alex, he rides a Honda (the bugbear of all riders) and is left alone in the most important MotoGP team. He was looking as if he was heading for a brain specialist, but instead he has finished on the podium. Titles are not given away with points from the supermarket, not even those of Moto2 and Moto3, have look back at Alex's race if you don’t understand.

THE MISTAKE - When we talk about an Italian 1-2-3, we didn’t mean this. Marini, Di Giannantonio and Bezzecchi companions in bad luck, all when they were in the lead, Luca in the World Championship, the others in the race. Bagnaia then added another brick in the wall in MotoGP, but he was ahead of very few riders. 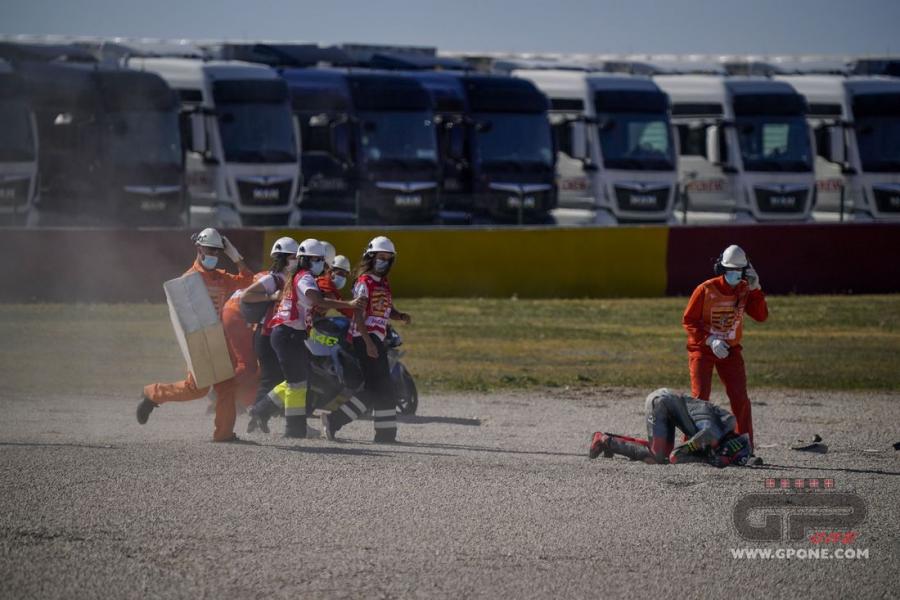 THE SURPRISE - Crashes, mistakes, injuries, until yesterday Alex Rins had ticked off everything on his shopping list of things to avoid. The air of Aragon (and a shoulder finally in place) must have done him good, because he won by managing the race as he had never done before. Having reached his level, now he has to stay there.

THE PASS - On the last lap, which was not worth a win but the top of the standings. Enea was back to being the Beast we knew, after looking like a wet kitten in the last few races. It was the best answer to the doubts that were emerging in him as well.

THE CURIOSITY - For the first time since 1999 there was not a single world champion in the premier class on the MotoGP grid. For this generational change, we have to thank accidents and coronavirus…

I TOLD YOU SO - "For me, Valentino positive for Covid is just like a broken collarbone”. Luckily, Carmelo Ezpeleta is not a doctor…

In addition to Donington Park, the BSB riders will be in action in three further practice sessions at Silverstone, Snetterton and Oulton Park before...
16 hours 57 min ago

In Qatar, the first day of the Sky VR46 Avintia team rider in a selection of images on and off the track
17 hours 19 min ago