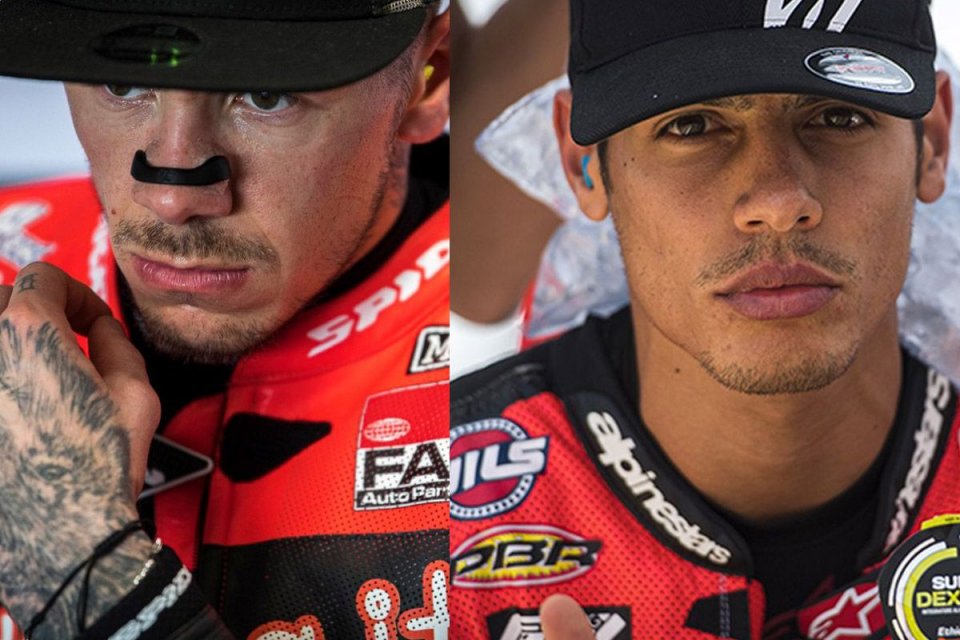 Now it’s official: Aruba.it Racing – Ducati has announced that Michael Ruben Rinaldi will line up alongside Scott Redding with the colours of the Italian team in the 2021 WSBK season with the factory Ducati Panigale V4 R.

Michael Ruben Rinaldi was born in Rimini on 21st December 1995 and started racing with mini-moto when he was 7 years old, winning the Italian championship in 2006. After winning the Italian Sport Production Championship in 2011, in 2014 he faced his first international experience in the European Superstock 600 championship, which closed as runner-up in 2015. In 2016 Rinaldi rode the Ducati Panigale R of the Aruba.it Racing - Junior team in the SuperStock 1000 FIM championship, finishing sixth and then conquering the European Champion title at the end of the following season. With the Aruba.it Racing - Junior team, Michael Ruben Rinaldi also made his WorldSBK debut in the 2018 season, racing only in European rounds and then competing in all events of the 2019 Championship with the Barni Racing Team. In the current season, Rinaldi obtained his first success in WorldSBK with the Panigale V4 R of the Go Eleven team in Race-1 at Aragon, round that saw him finish on the podium also in the Superpole Race (P3) and Race-2 (P2).

Stefano Cecconi (Team Principal Aruba.it Racing - Ducati): "It's with great enthusiasm that we welcome Michael to our team. It is a source of great satisfaction for us as well as a confirmation of the goodness of the project we undertook five years ago with the Junior team. Rinaldi himself was one of the great protagonists, achieving important results: the same results we expect him to achieve from next season on. A big thank to Chaz Davies for all the years we have spent together since we decided – together with Aruba.it - to embark on this fascinating adventure and during which a bond of deep respect and trust was created. The affection for the man and the rider will always remain intact, and for this reason, we want to wish Chaz the best for the future, both inside and outside the track".

Luigi Dall' Igna (General Manager of Ducati Corse): "We are pleased to welcome Michael Ruben Rinaldi to the official team. This year Michael has shown great competitiveness, crowned by the Aragon victory, and has always been fighting for top positions. We believe that the time has come for him to join the official team and we are convinced that he has a bright future ahead of him. I want to thank Chaz, who has been an excellent ambassador for our brand over the past seven years and has achieved some very important results with us: 27 victories plus another 59 podiums finish and three consecutive second places in the world championships. We will try to close in the best way our adventure together in the next race weekend in Estoril".

Michael Ruben Rinaldi: "After an exciting journey in Ducati, joining the official team is an honour for me, as well as confirmation of the quality of the work done over the years. My first target will be to repay, through the results, the trust that has been given to me. For an Italian rider, racing with Ducati is an extraordinary feeling, and I am sure that the passion of the Ducati people will give me an extra boost. I would like to thank Stefano Cecconi and the Aruba family who have always believed in me, and Daniele Casolari, Serafino Foti and the whole Feel Racing for supporting me over the years. A special thought to Claudio Domenicali, Gigi Dall' Igna and Paolo Ciabatti for having involved me in this new project. Finally, I would like to involve the Ramello family, Denis Sacchetti and all the guys in the Go Eleven team in an ideal embrace. Thanks to them, I was able to make an important quality leap that allowed me to reach this great goal. And of course, I would like to thank my family for having supported me from the beginning together with Germano Bertuzzi whose support has been fundamental. I feel I can promise them all my utmost commitment to achieving great results together".

Bennetts will remain the BSB title sponsor for another two seasons, while Pirelli will continue to supply the tyres until 2025
19 hours 31 min ago

The decision was reached because the races are concurrently scheduled with the World Endurance Championship in which Mike di Meglio races.
1 day 20 hours ago

The young American rider will return to the UK domestic championship with the PTR team. Riding the brand new 765, he will have the opportunity to...
3 days 16 hours ago

He won two world titles with the Kreidler 50, losing one title to the Spanish star in a points draw
5 days 2 hours ago