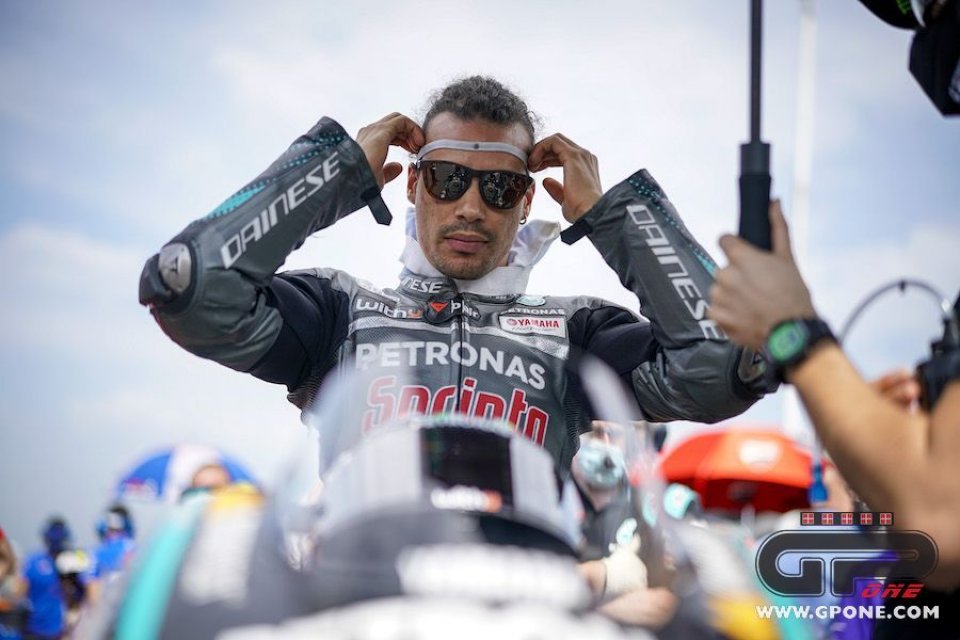 A fourth position and a pole position. Franco Morbidelli's tally in Barcelona is clear, he has the speed but something is still missing to get back to winning. The sensations, however, are that Franco has finally emerged from underneath the shadow of Quartararo who had dominated since last season. Who is stronger? Franco or Fabio?

"Valentino Rossi taught me something that enlightened me - Franco told us - the ability of a rider is written in your results, and at the moment, Quartararo has won three races and I only one, he is 31 points ahead of him. me and is first in the world championship. Of course, I have a different bike from his and I have to my name an engine failure, a crash caused by Zarco in Austria and the contact with Espargarò last week but all things considered he was better than me, now he is stronger ”.

Is the fact that you have a different bike from Fabio, Valentino and Maverick penalizing you a lot?

“Honestly, yes, and here in Barcelona you could really see that. I am 6 km/h slower than them on the straight and even 22 km/h from the Ducatis. This distance forces me to take risks under braking and makes it difficult for me to manage the tyres. I don't want to complain to Yamaha because if I have this bike it is because I deserved it with the results of last year, next year I hope to have a better bike and only the factory bike is better than the one I have now. I have improved from last season, I am a better, more professional and more serious rider. On the track I work well with the team and this is reflected in my results. I am happy with the progress I have made in this last year ”.

Does today's fourth place satisfy you? Having started from pole position, perhaps, it was not the result you expected…

“I'm very angry and I think it's good because it means that my level is high. I got off to a good start but then I pushed too hard and the tyres dropped quickly. Anyway, I want to see the glass half full, I'm angry for the work I did, for the podium a perfect race was needed and I made a mistake, too bad ”.

Are you referring to when you went long in turn 1?

“Yes, I made a mistake there and almost took Quartararo out. I used the brake too much because I was losing on the straight and I lost stability and composure. At that moment I preferred to get back on track immediately and not do the long lap because I didn't know what the grip was like. Staying on the track I lost the front and almost crashed. I'm glad I stayed up. At that moment I lost the podium ”.

Shortly after that mistake of yours, Valentino Rossi, your future teammate, crashed. What do you think of his weekend?

“I'm sorry for Vale, he had a great weekend, he was always among the best in all the sessions and today he was the fastest on the track but he made a mistake”.

Now a week off and then Le Mans. What do you expect from the French weekend?

“It’ll be cold and there will be a lot of difficulties with the tyres because I believe Michelin will bring the same tyres as always. Performance this year is always uncertain, we have been sure we could do well or not only on a few tracks.”