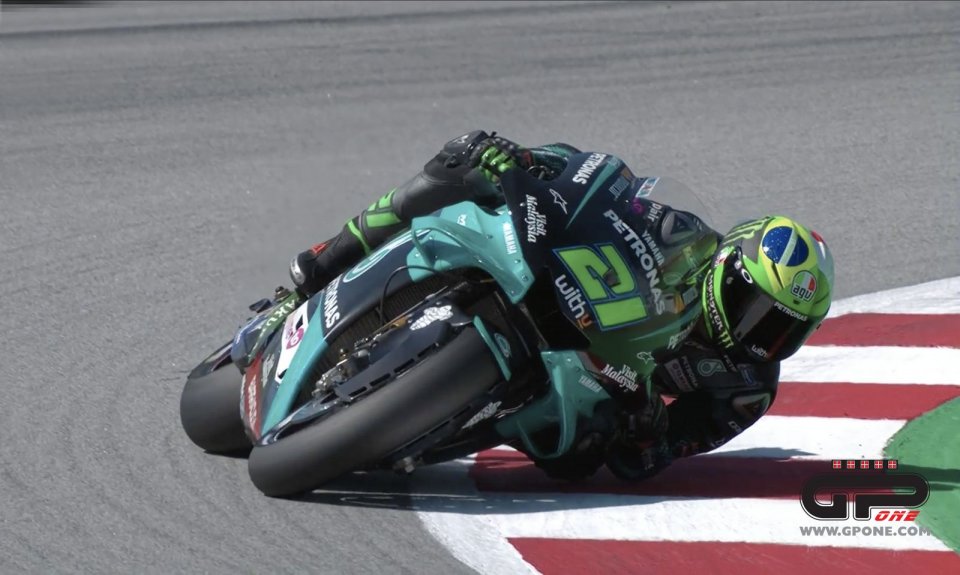 There is always a first time, and this time it was the turn of Franco Morbidelli, who took his maiden pole position in MotoGP at the Barcelona circuit.

A performance enhanced by an all-Yamaha front row, given that his teammate Fabio Quartararo and his mentor, Valentino Rossi will start alongside him.

Morbidelli was unable to improve his time on Friday until the end of the FP3 session. After a lap cancelled for exceeding the track limits, Franco finished the session in seventh place with a best time of 1’39.774. But the Italo-Brazilian had no problems of this kind in qualifying, setting an unbeatable 1’38.798.

For teammate Quartararo, the yellow flags hindered the start of his qualifying session, but Fabio soon recovered. His best time was just 0.210 seconds slower than that of his teammate. This is his twentieth front row start in MotoGP out of 27 Grands Prix.

"Today was a wonderful day, but yesterday it went well too - admitted Morbidelli - It was good to set the fastest lap, it's a really good feeling. Also because it is always difficult to beat Fabio in the qualifying lap. I felt great on the bike and I knew immediately that I could push a lot, with both tyres. Now it's all about trying to perfect everything for tomorrow and trying to make a good start. We have a good pace, but there are many riders with a similar pace to ours. It will be important to try to improve a little more but I'm sure it will be a good race. The problem is to bring and keep the tyres up to temperature, but it's the same for everyone. The soft has good potential, but also the medium: choosing the right one will be fundamental. I also want to congratulate Valentino for another year in MotoGP and tell him he is moving to a great team. It will be nice to have him as a teammate”.

Quartararo: "I expected Franco to be fast, but not that fast!"

“I am very happy to be back on the front row at Barcelona - said Quartararo remembering his pole in 2019 - I expected Franco to be fast, but not that fast! Four Yamahas in the top five is a good thing. I think tomorrow it will be very important to have a good start, indeed I will have to do my best start ever and a good first lap, but I am confident on the bike. Let's see what we can do tomorrow, but our pace is great and I think the only problem is which tyre to choose. It's a difficult decision, but I'm happy with the work the team has done so far. We will see how it will be tomorrow: my goal is to use the soft tyre, but we will make our decision later, we are all in the same position, so we will see what to do. Regarding the announcement of Rossi's agreement, I can only say that I am very happy for him, for the team, and also for me because I like having him on the track ”.

In addition to Donington Park, the BSB riders will be in action in three further practice sessions at Silverstone, Snetterton and Oulton Park before...
23 hours 8 min ago

In Qatar, the first day of the Sky VR46 Avintia team rider in a selection of images on and off the track
23 hours 31 min ago