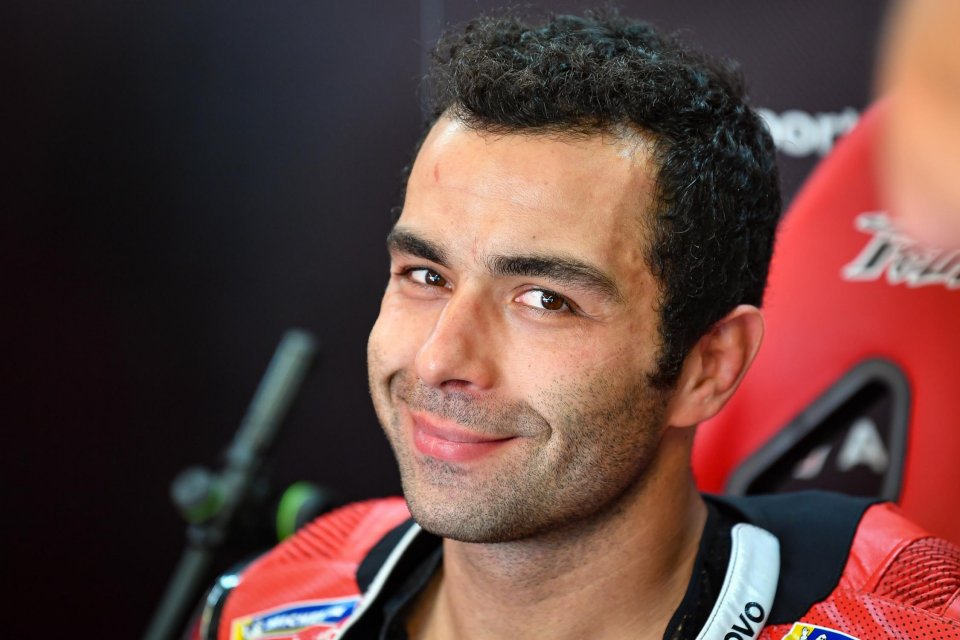 Danilo Petrucci appears quite tired in front of the cameras on Thursday in Barcelona, ​​but at least he’s smiling. This is because after the last few difficult races, the rider from Terni seems to have found solutions to improve, and to return to occupy the positions that are more in line with his talent.

“I am much more positive than in the last few races - said Danilo - since at Misano I found some things that could help me both here and on other tracks. Unfortunately on Sunday the race did not go the way we hoped, due to some problems, but now I think I understand in which direction to go ”.

However, the season remains difficult, both on and off the track for Petrucci, and in moments like these even a piece of motherly advice can help to hold on.

“Certainly, this season is different from the others, you have fewer people around. My mother has always been present but without interfering, even at Misano she was always in the stands. An important thing she told me is that everything is still open: at the moment I am not a contender for the title, but I have to stay in the top ten and, if it arrives, take the opportunity. "

Going back to the track, Montmelò offers much less grip than Misano, which could work in favour of the Ducatis, but Danilo remains cautious, and has words of praise for Pecco Bagnaia.

"The Ducati has always needed a lot of grip to be fast, especially in the last part of the lean. This year both the tyres and the compounds have changed and they have become softer, so it's hard to tell before hitting the track. On this track there are several demanding braking points, which on paper could be a problem for us: Pecco is working well in terms of braking, and the fact that last year this was precisely his weak point is reassuring, given the improvement that he has made. The fact that he is fast is positive, we can use him as a benchmark ”.

In conclusion, it is impossible not to think about the fact that right on the Catalan track the man from Terni picked up one of his three podiums of last season. Unfortunately, this does not seem to be much of a help for Petrucci, due to the big changes regarding the bikes and tyres.

“The bikes are very different from last year, so there’s no point looking at the 2019 set-up. We have to try to improve race after race, without relying on the data from last season: among other things, last year I struggled here in practice , and only in the race did I find the right confidence to be fast ”.