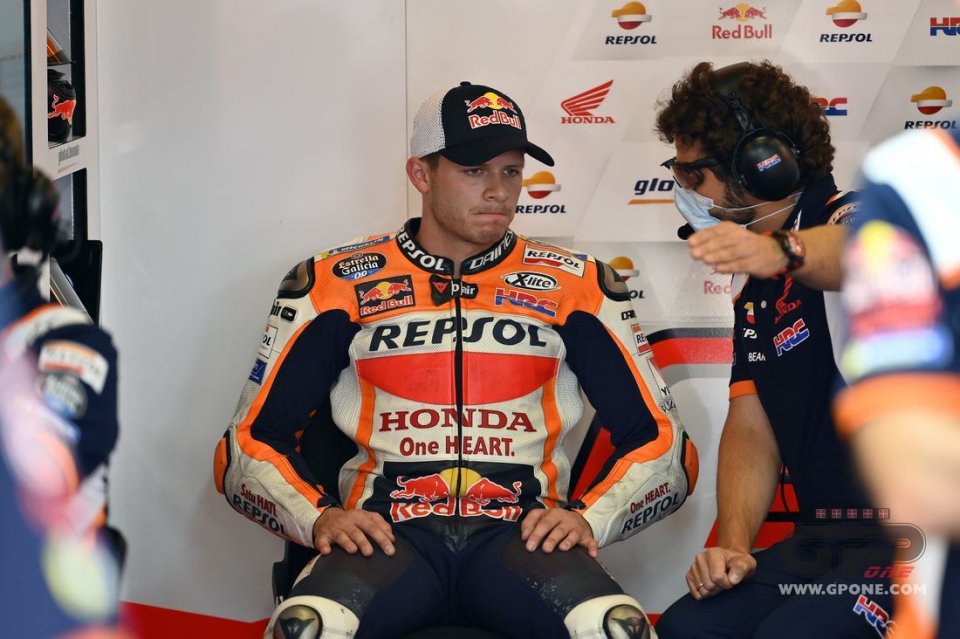 2020 is rapidly turning into a nightmare for Honda. First the injury of Marc Marquez and the complications that forced him to stop indefinitely. Then the troubles with compartment syndrome for Crutchlow, absent in the two Misano GPs. Now the last straw with Stefan Bradl deciding to pull out.

Also for him, an arm problem, which a secret operation in recent days has not helped to solve.

"Unfortunately, I am still having problems with my right arm and I am not able to ride in a safe and consistent manner," he said in a statement. "I spoke with my doctor and we performed a small operation to clean the nerve before the weekend but when they opened my arm, they saw the situation was more complicated than I first thought."

"I came to Misano with the intention of racing because my doctor told me it would be okay to race. But in this situation I do not feel I can ride safely over a whole race. Together with HRC we have decided to take the rest of the weekend to recover before Barcelona."

Only two Hondas remain on the track: Nakagami's and Alex Marquez's.