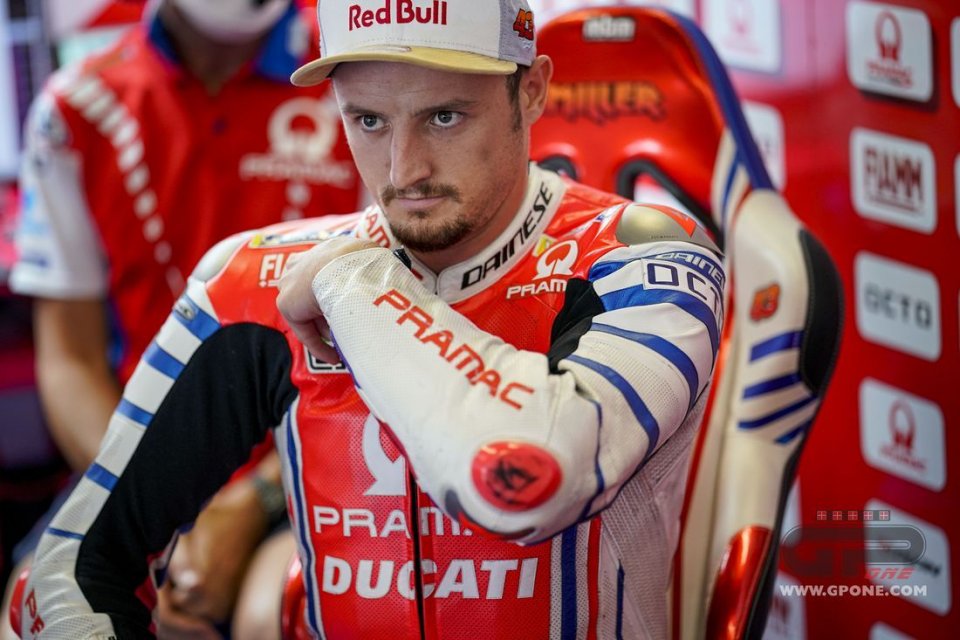 Usually a rider's garage is a sort of confessional. Everything that's said inside there remains between the rider and his team. After the first race in Jerez, however, the Dorna cameras managed to enter the Pramac team's inner sanctum and documented Jack Miller's impressions of the GP.

That Sunday, Marc Marquez had fallen and broke his humerus, and Ducati's Australian rider saw the accident.

Then he started getting into detail.

His interview with Gigi Dall'Igna after his 4th place was also very interesting.

"It was my fault, because  I had a really bad problem with my forearm, with twelve laps to go," he said. "In the right turns, I couldn't open the throttle slowly. I had to open it halfway, move my position, and then reopen it. Everything else was great, but I couldn't feel my hand."

Miller only had compliments for his Desmosedici GP20, during a weekend in which it was criticized by the official riders because of the new Michelin tire.

"The bike was pretty damned fantastic! I had the bike to beat Vinales,"  he stated.

In addition to Donington Park, the BSB riders will be in action in three further practice sessions at Silverstone, Snetterton and Oulton Park before...
22 hours 49 min ago

In Qatar, the first day of the Sky VR46 Avintia team rider in a selection of images on and off the track
23 hours 12 min ago