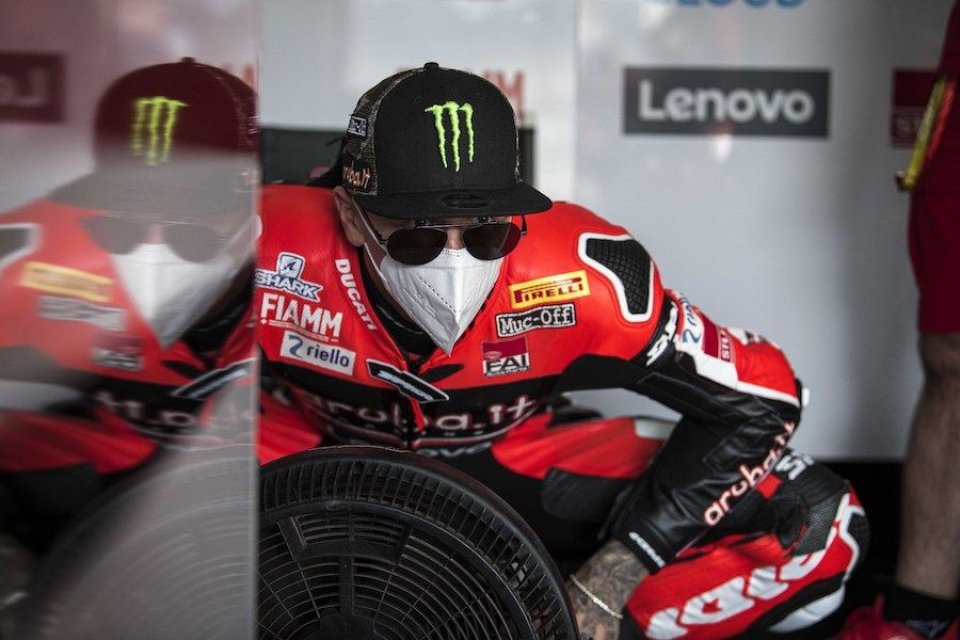 We've said it over and again; the greatest important challenge of the first of the two SBK weekends in Aragon will definitely be the one between Scott Redding and Jonathan Rea. The world champion certainly did better today, closing the day behind Chaz Davies' and Rinaldi's Ducatis,  also setting the best time of the afternoon. Scott, on the other hand, struggled mostly in the morning with the slipping problems his Panigale V4 R had, ending the day in eighth place in the combined. For Redding, this was definitely an important weekend because it's the first of the SBK after Dovizioso's decision not to continue with the official Ducati team in the MotoGP. Scott never hid his desire to return to the top class, and Dovi's self-exclusion makes him a special observer for that spot, but Redding will have to show up in Bologna with the SBK World Championship in his pocket.

“I haven't received any calls yet,"  Redding told us on Friday afternoon. "But I hope someone will call, even if I do n't think I'll be able to get  to go there if I don't win this championship or if iI don't at least prove that I can do it. I know I have to prove that I've changed. I believe I have, because I've done some awful stuff in my career, but ever since  I joined BSB,  I've become more  professional, I'm a different person, and I just need to keep challenging myself. I know that I'm always judged, wherever I am, whatever I do. Anyway, at the moment, there's nothing concrete, and they want me to lay low in Borgo Panigale to bring the SBK world championship back there, and  that's my goal."

As mentioned, today wasn't the best, but the Ducatis proved that they can battle it out, thanks to Chaz Davies' first place. Chaz has always been strong on this track and could be an ally (but also, possibly an enemy) for Redding from a world championship perspective.

“I like Chaz, and I would hope he wouldn’t do anything stupid. Everyone races for themselves, but I think there is mutual respect between us, and I know that, if we get to fight for the win, we won't do anything too crazy. We have to remember that we're working for Ducati and that the world championship is a goal. He was fast in the FP1s but did only one very good lap and then had some difficulties keeping the same pace."

Scott, what are the differences in work on the bike you are noticing this SBK season compared to the MotoGP?

"It all depends on whether or not you have a team that wants to win. Everything can be changed, or you try to, both in the SBK and in the MotoGP. The work with the team is very important, especially on tracks like these, with many changes in slope, long straights, fast and slow corners, where it's not easy to find the right balance and set-up for the bike. Every change in the frame, every little correction, can give you something more and, in the economy of a race, every tenth of a second earned counts, especially at these levels. In the SBK, we can change things more than in the MotoGP, especially from the point of view of strategy, driving, and tire wear."

Today we saw you were having problems both in the morning and in the afternoon. How did you manage the work of this first Friday of tests in Aragon, having already ridden here two weeks ago during the tests?

"I improved during the day, and this was definitely the positive aspect of this Friday. We have some data from the tests we did here two weeks ago, but the track conditions have changed drastically, and now it's more difficult to maintain a constant time. I've never been able to keep the pace because many riders continued to enter the pit lane and slow down. I've never competed here with the SBK. Everything I'm doing is something new. I'm not in the position I would like to be in, but I'm moving up."

What will you work on tomorrow in order to improve? These six races in Aragon are crucial for the championship and, like you said, the championship victory is very important for you and also for Ducati.

"Tomorrow,  we have to work on stability, since the bike slips a lot, and that doesn't help when you want to go fast. I was faster this afternoon, and I managed to improve my time with race tires, Not many did that. Pirelli has brought some innovationa for these weekends, but today with the SC2 I  felt like I was riding on ice. I had no grip. I shifted it and couldn't control the rear or get into corners hard. Finding two wrong tires happens, but not very often. Honestly, I used the tire I felt best with. When I was in the MotoGP, we had fewer tires to choose from and certainly the situation was simpler to control." 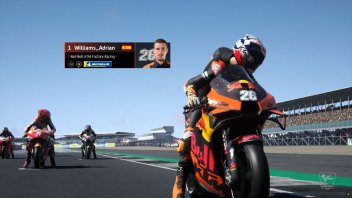