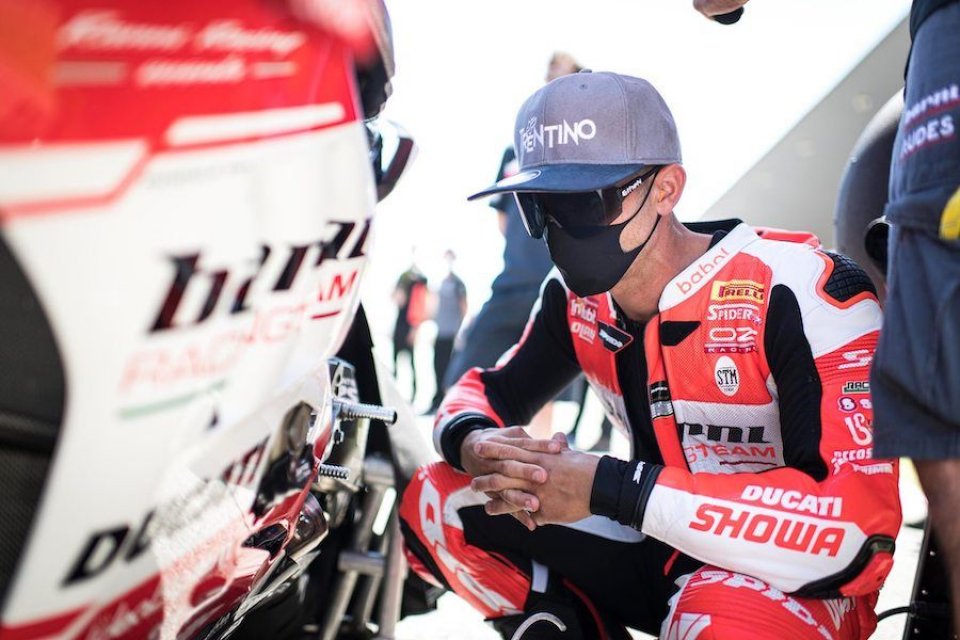 So far, Marco Melandri's weekend on the Portimao track has been a really complicated one. Since yesterday, the Team Barni rider hasn't been able to make the most of the Panigale V4's potential, always ranking out of the top 15 and replicating his mediocre performances this morning in qualifying too. But all of Melandri's difficulties accumulated in Race 1, when the rider from Ravenna finished in a disappointing 17th position.

“Today's race," Marco said at the end, "was a really difficult one. I tried to find improvements on the bike all weekend, but whatever I tried, didn't bring me any significant advantages.”

Melandri, however, is not alone in his difficulties, seeing that the other Ducati riders, on all the Aruba team official bikes, like Redding and Davies, all seemed toned-down, perhaps suffering from the characteristics of the Portimao track.The world championship leader finished in 7th position, while Chaz finished 11th. So, the best bike from Borgo Panigale at the finish line was Rinaldi's, prepared by the GO ELEVEN team that, after their brilliant performances in Jerez,  are also repeating themselves in Portugal.

“I started with a different set-up in the race," Melandri continued. "But, after a few laps, I couldn't stop the bike and make it curve. Now I have to try and keep my morale high. Tomorrow will be an important day to get some important data and prepare for Aragon, which will certainly be a better track for us.”