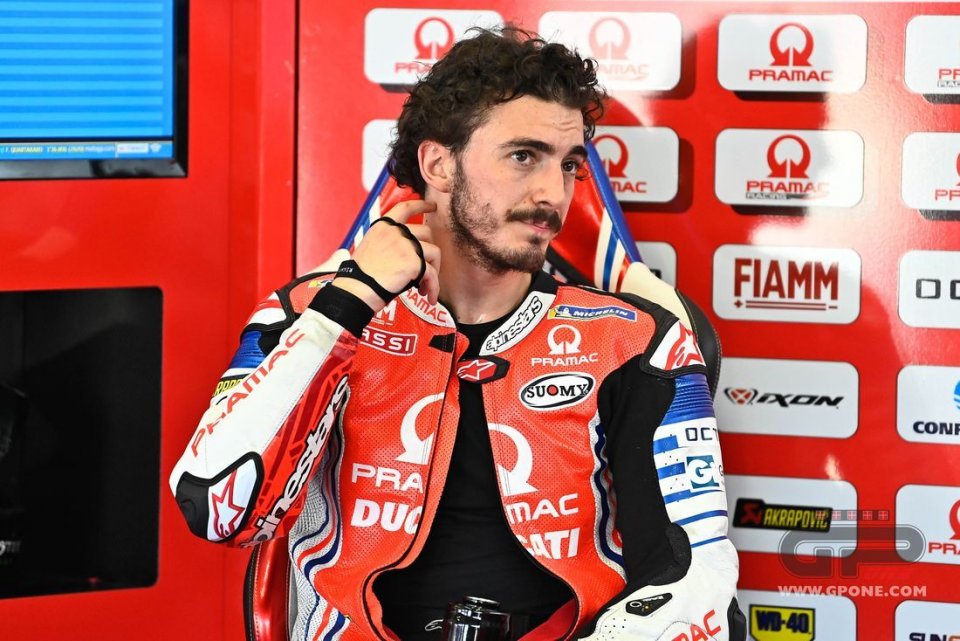 Pecco Bagnaia’s market value has skyrocketed after his good performance in the Andalusian GP, ​​in which only an engine breakdown on his Ducati deprived him of a certain podium. The level reached in the Spanish weekend did not go unnoticed in Borgo Panigale and his name is in pole position as a possible substitute for Dovizioso in the factory team in 2021, should an agreement with Andrea  not be reached.

“My goal has always been to stay in Ducati, three years ago we made a bet together - explained the rider of the Pramac team - I don't have a signed contract yet, but I'm still happy because I know that I will stay with them also in 2021 , although I still don't know which team. The important thing for me now is to continue working as in Jerez, my goal is to be the fastest rider on the Ducati, then we'll see. "

“After the race I was not angry, only disappointed - said Pecco - But as the days went by the situation got worse, because I was thinking about that podium. Now we are at one of my favourite tracks and then we will go to Austria, a perfect circuit for the Desmosedici, it will be three good occasions to bring home as many points as possible ".

The reliability of the Italian engine is not a concern…

“The engineers assured me that it won't happen again and that's good enough for me – said Bagnaia - I don't know in detail what happened, but that's not my job, I have to think about riding”.

For now, he has succeeded well, so much so that he became the benchmark in Ducati in the second Jerez weekend.

“I was effective under braking - he recalled - but now we need to reconfirm our form, because all the tracks are different. I can say that since the winter tests I was immediately faster on the GP20 and I had taken a big step forward on the brakes. In Jerez I managed to do another step forward and I was happy, because that was the area where I suffered the most last year. I was losing a lot of time in corner entry, more than half a second per lap, and I was also wearing out too much the front tyre. We worked hard to solve the problem, now I work better with the team and my mental approach has also made progress ".

Petrucci and Miller between crashes and regrets: "Brno is the right track to do well"

While Bagnaia wants to confirm his form in Brno, Miller and Petrucci must make amends. Both crashed in the last race, but while the Australian can count on the good performance of the first, the man from Terni does not even have one to his name.

"I was used to getting a better start, instead I had to face one of the most difficult weekends of my career - explained Danilo - I felt a lot of pain after the crash in the tests, that accident also took away my confidence, but there were also some positive aspects . Before ending up on the ground, I had a pace similar to Dovi's, but unfortunately, I made a mistake, I have already thrown away a ‘card’, so to speak. Here I want to verify some ideas, sort out the engine brake management, because that's what doesn't allow me not to be consistent ”.

Jack is also unhappy with his mistake…

“It can happen once, but now we have to be more careful - he admitted - It was a simple mistake, the temperature and pressure of the front tyre had risen when I was following Vinales. Now I feel good, I’ve been resting for these 3 races in which the Ducati will definitely go better than at Jerez".

“They’ve added a GP? It won’t be a problem for the engines, 5 will be enough. I don't think anyone has asked for more, even if maybe one constructor will do it” he smiled.

Only four public camps are available to the general public in the new year. Those who attend the racer camp must have previous racing experience.
6 days 47 min ago