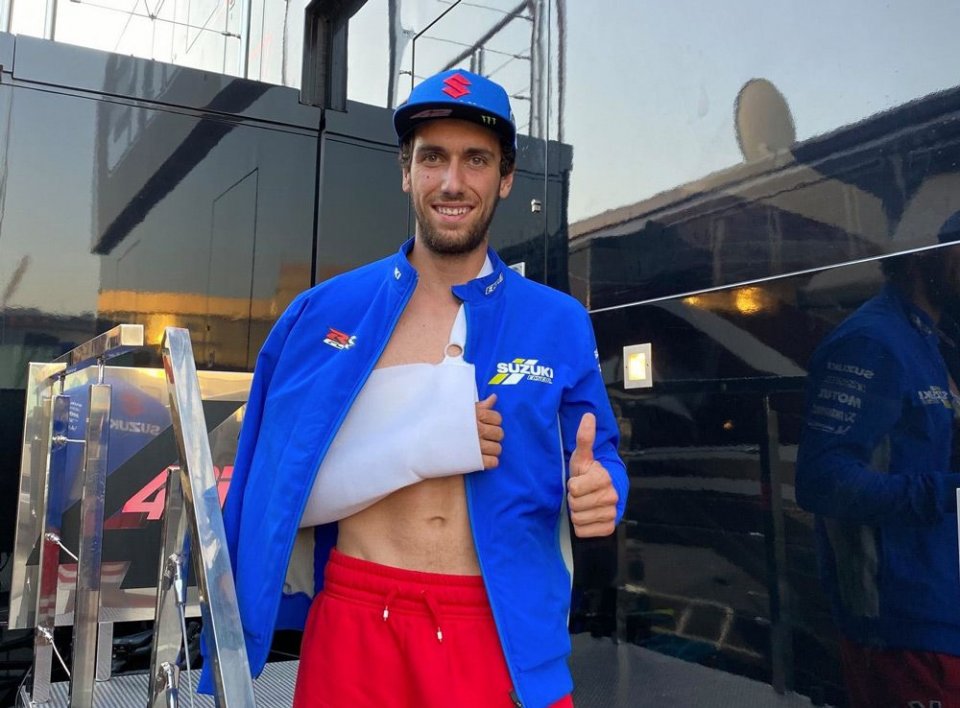 Alex Rins still doesn't know if he can race tomorrow. The Suzuki rider, after the first circuit tests at the Mobile Clinic which revealed a dislocation and a fracture in his right shoulder, was transferred to Jerez hospital, where he underwent several other checks, including an MRI scan, which revealed a "non-displaced fracture of the trochanter (the spherical joint in the upper part of the humerus) and a probable partial laceration of the minor muscle of the adjacent teres. There is also a significant muscle swelling visible at the meeting point between the muscle and the tendons, although the integrity of the rotator cuff tendons has not been compromised. "

Rins, who qualified in 9th place, described the event as follows: “I was entering the last part of the lap and suddenly I lost the front at Turn 11. I tried to recover the bike, but I couldn’t, so I entered the gravel trap at high speed, and I decided to drop the bike to avoid arriving at the barriers. Unfortunately, I suffered an injury and I felt a lot of pain. I was transferred to the Clinica Mobile and then to the hospital where they confirmed there is a damage, but we still don’t know is this will allow me to race tomorrow. Now I just want to have a good rest and try to recover as much as possible, then tomorrow morning the doctors will make the final evaluation.” 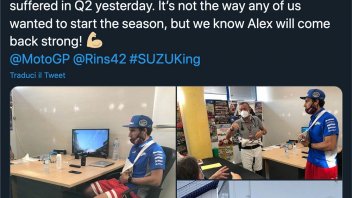