The first  appointment of the season for the CIV just ended. Two races that fully reflected the predictions, with Michele Pirro and Lorenzo Savadori in the lead.

The Ducati test rider was successful in Race 2 at Mugello after his ruinous fall on Saturday.

"I’m very happy with this victory, which I dedicate to Sandra, the wife of Ducati's team manager, Davide Tardozzi ,who passed away yesterday. Unfortunately, we didn’t start the season in the best way possible,” Pirro admitted. “It doesn’t seem like it from the outside, but Aprilia's 100cc advantage is really strong.”

In fact, starting this year, the CIV regulation allowed Aprilia to line up its RSV-4 with a 1100 cc engine capacity. So the fight for the Italian title becomes more difficult for Michele who, however, thinks more of the MotoGP than the CIV and Superbike.

“It's necessary because, if you get too distracted, you risk not doing the important work well: developing the GP20.The new bike is competitive. We've worked a lot with our team in the last few days. In the days to come, as a precaution, I'll have a sierological test done, in the unfortunate event that Dovizioso has problems. But I think Andrea will undoubtedly be able to race in Spain. I expect both he and Petrucci to be competitive."

Pirro is obviously not directly involved in the negotiations - which are at a standstill at the moment - between Dovizioso and Ducati, but it's legitimate to think that he knows more than what he's telling because of the friendship that binds him, not only with Dovizioso, but also with the "former" illustrious Jorge Lorenzo.

"Jorge is really determined," the Barni Racing rider stated, regarding the market rumors about Lorenzo. "You can expect anything from him. He'd like to return to Ducati and has shown he can win. Alos,Yamaha has its doors closed, and he's come out of the Honda experience with more perspective. I think he really wants to face the challenge again. A detail that helps us understand how he copes with situations: months ago, the riders had virtual races to entertain fans. I was also involved, and I obviously bought a Playstation to participate. He also did, but he didn't want to participate, he wanted to win! He called me more than once, even at two in the morning, to train... that's the way he is. And, in fact, he won." 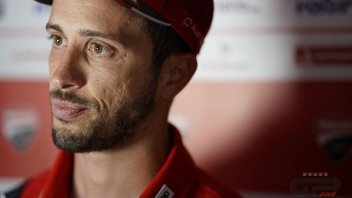 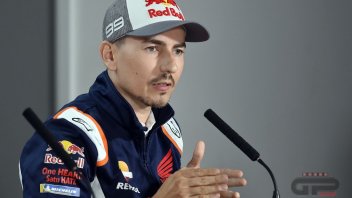 Lorenzo does not deny the rumors about Ducati and his leaving: "I had my... 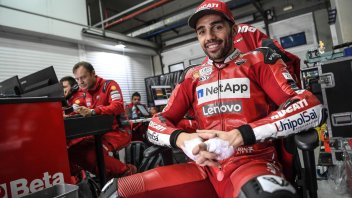