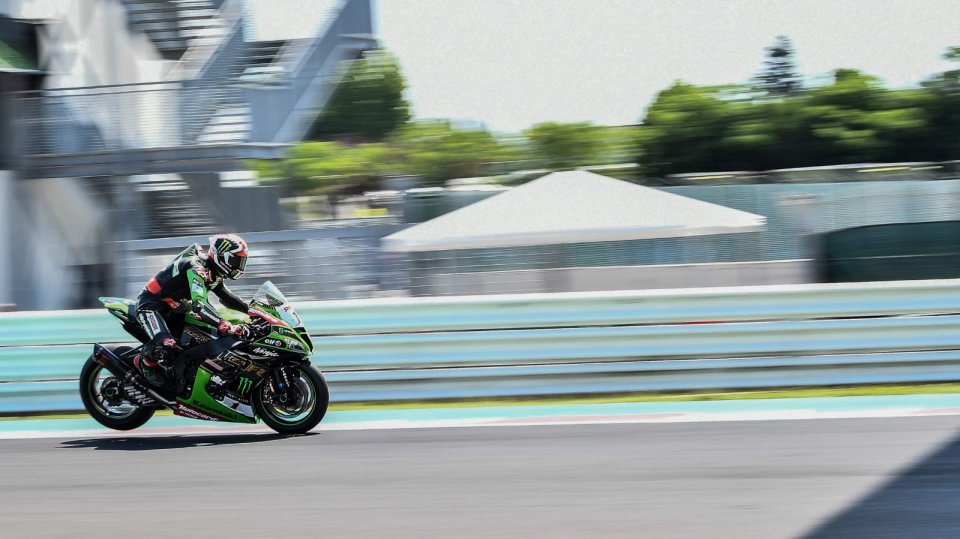 The first days of testing for the Kawasaki team ended with a second and fourth place sandwiching  the Ducatis. Jonathan Rea, after destroying the bike yesterday ended Wednesday with a good time of 1.33.206 behind Scott Redding, while Alex Lowes in his best lap of the day stopped the clocks at 1.33.694 behind Rinaldi and in front of Chaz Davies. It was definitely a good way to start the season after a four-month stop, especially for the work and tests done on the track by both riders of the KRT team.

“I am quite satisfied with this test and it was very valuable to get up to speed,” stated Jonathan Rea at the end of the day. “Yesterday everything felt quite alien to me, especially as the asphalt was new and the grip levels were high. I just had to adapt my riding style a little bit. Also we changed the bike setup; actually to take a little bit of grip away. I was still not 100% confident but I felt better a lot better after the tyre grip had dropped a bit. After six or seven laps I felt more comfortable on the bike. We just went about it step-by-step with the crew, and with Showa, changing the bike set-up. We did not have many huge items to try. I really hope we can apply what we learnt here to other tracks where we have been struggling in the past.”

A lot of work therefore on the set-up for the bike for the world champion, but neither was the test much different for Alex Lowes, SBK points leader and still in his early days with the Kawasaki.

“The test today has been really good because we had clear targets that we wanted to achieve at the start of the day,” said Alex Lowes. “We wanted to do a race simulation while trying to keep a good pace after such a long time off the bike. And also find a direction with the front-end setup for the Barcelona tests. We achieved both those things. I had a nice 20 laps this morning, when the track was really hot, which gave us good information for the next races in Jerez and Portimao, because we think they are also going to be hot. At the end of today we tried to improve our pace on new tyres and I was quite satisfied with what we did. After 103 laps I was a little bit tired at the end but it was a successful test and we have a lot of information to take into the next test.”

A successful test, therefore, according to Rea and Lowes, and their views were shared by their respective crew chiefs, Pere Riba and Marcel Duinker.

“It was very interesting to see how the riders would be, how the mechanics and everybody worked,” said Riba. “And they all worked very well. Johnny is in really good shape.  This track is like a new track as it has been completely re-asphalted. The grip is impressive – completely crazy! On a Q tyre Johnny was 1.5 seconds faster than what he did last year. I am honestly very proud of the job everybody did in the team. Johnny did a 1’33.4 today, making him the fastest one with a race tyre. On his Q tyre he made a mistake on the first lap but still did a 1’33.2 on his second lap.”

“Yesterday, when we started off, it was more like a warm-up after being away for so long," said Duinker. "But today, we really sat down to improve the speed of the package. This afternoon especially we made some significant steps with the bike performance - and Alex used it to the maximum. We have a clear idea where we improved and also what we need to improve in the following test.” 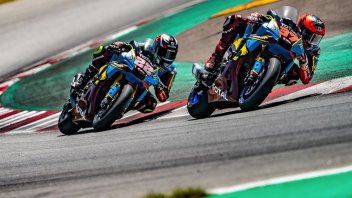