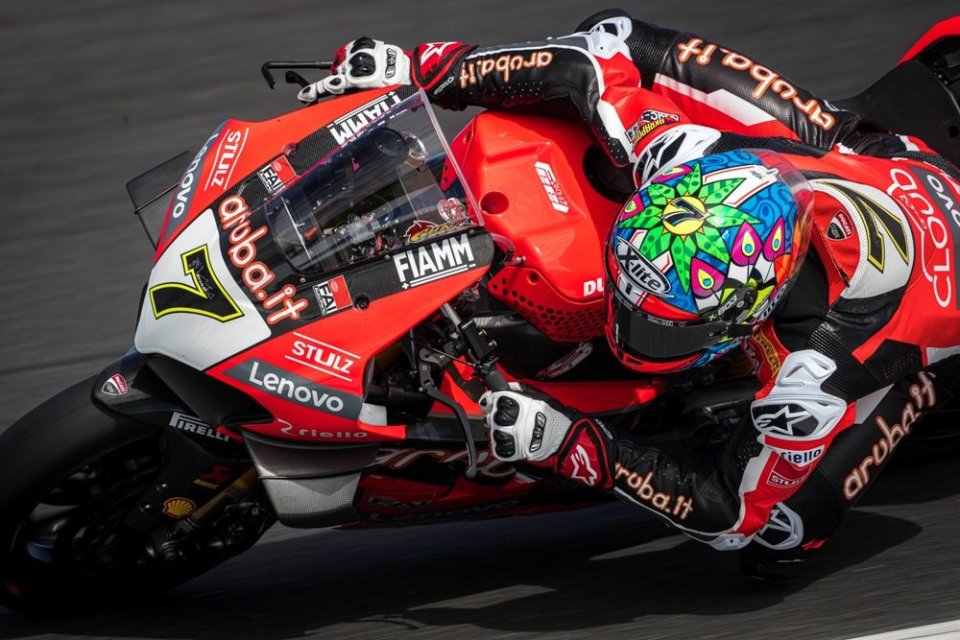 Ducati caught everyone unawares early at Misano; Redding and Davies were supposed to go out on track tomorrow but they were already out today on their Panigale V4 machines. Just a couple of laps for both of them, so as to gear up for Wednesday.

For his part, Scott was particularly confident and serene: "It was nice to find the team and my bike after such a long time - he said - I did a couple of laps today, just to gain confidence. Here in Misano there is some new stuff to test, but I need time. In fact, I need several laps to understand and evaluate what the factory brought along. On a personal level, however, I am confident, even though it’s strange to see everyone with a mask and not being able to shake hands. "

In addition to Scott, as mentioned, Chaz Davies was also out on track, as he waits to renew his contract: "It was fantastic to get back on the bike and see all the guys again - said the Welshman - so many months have passed since the last time. I can't wait for Wednesday. In these two days we will have a lot of new things to try, but also a new asphalt to get benchmarks for. I can work on myself and the bike in order to find the right sensations. Today I had the opportunity to do a few laps, it was really strange, it was like being a duck out of the water (smiles)."

All eyes are on tomorrow morning therefore, when the Ducatis will be joined by the Kawasakis of Lowes and Rea.