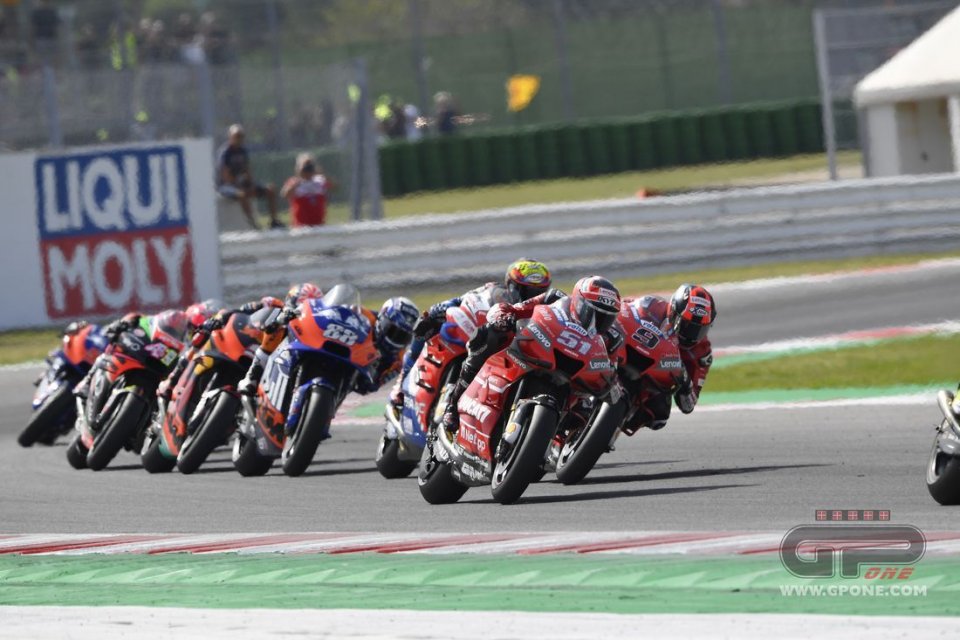 Starting tomorrow, for three days, Misano will have every eye of every MotoGP fan on it. The team trucks are arriving at the circuit and, until Thursday, the track in Romagna will be the scene of the first collective test after the stop caused by the Coronavirus.

However, not all manufacturers will be present, and Yamaha and Honda will be missing. Aprilia, KTM, Ducati, and Suzuki, on the other hand, will be there, the first two also with their own official riders (as is allowed by the concessions, to which they're entitled), while the second two will only have their test riders with them.

It will be a different test than usual, useful, not only for the riders, but also for the teams. The protocol drawn up by Dorna and FIM to prevent contagion is very stringent, and the team members will also use these days to practice all the rules they'll then have to respect during the race weekends.

Davide Tardozzi, Ducati's team manager, revealed to us that, for example, a new communication system for the riders will be tested in Misano. It has a microphone connected to the headphones of the technicians, so they can talk to each other, while respecting the distance security measures required.

There will certainly be a lot of work to do, both in the garages and on the track because, when the season starts, there won't be time for other tests, considering that 13 Grand Prixs are scheduled over 18 weeks (and with the possibility of adding a couple of transfers outside Europe).

For Ducati and Suzuki (on the track with Michele Pirro and Sylvain Guintoli, respectively) the development maneuvers are more limited, having already approved engines and aerodynamics, which will remain blocked for all of next year. This doesn't mean that the racing departments have remained idle. The engineers have certainly worked on the details, and electronics remains a field that still allows room for maneuvers.

Aprilia and Ducati, on the other hand, will have until July 29th (exactly one week from today) to approve their engines. So these tests will be really important for assessing the latest innovations before "locking" the engines.

In this sense, the work will be even more decisive for the team from Noale, which had completely revolutionized the RS-GP for 2020 at Sepang, also with regard to the engine, increasing its V up to 90°. Smith had already tried it at Misano the past few days, but it was a little more than a shake-down, and now he'll have Aleix Espargarò to help him. Performance will be important, but they'll have to be especially careful regarding reliability, since it's a new project.

Finally, it'll also be important for Bradley to pick up his pace again because everyone's worried that the TAS will not decide on the Iannone case before the start of the Championship, so the British rider will join Aleix for (at least) the first races.

KTM will be the team with the most riders: the official ones - Pol Espargarò and Brad Binder, those of the Tech3 . Miguel Oliveira and Iker Lecuone, as well as Pedrosa as test rider. An actual army that has the not so simple task of making the RC16 move ahead, which it's finding it difficult to do.

Aprilia and KTM will have an ace up their sleeves, thanks to the concessions, which will bring them back to the best competitive level. We'll see tomorrow if they've taken the right direction.

We at GPOne will be in Misano to offer you news, fun facts, rumors, and interviews, as we always do, directly from the track. Stay tuned! 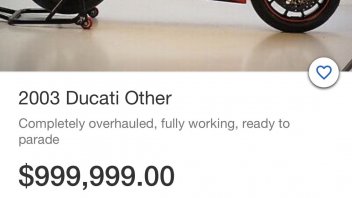 Bennetts will remain the BSB title sponsor for another two seasons, while Pirelli will continue to supply the tyres until 2025
3 days 8 hours ago

The decision was reached because the races are concurrently scheduled with the World Endurance Championship in which Mike di Meglio races.
4 days 8 hours ago

The young American rider will return to the UK domestic championship with the PTR team. Riding the brand new 765, he will have the opportunity to...
6 days 4 hours ago

He won two world titles with the Kreidler 50, losing one title to the Spanish star in a points draw
1 week 14 hours ago