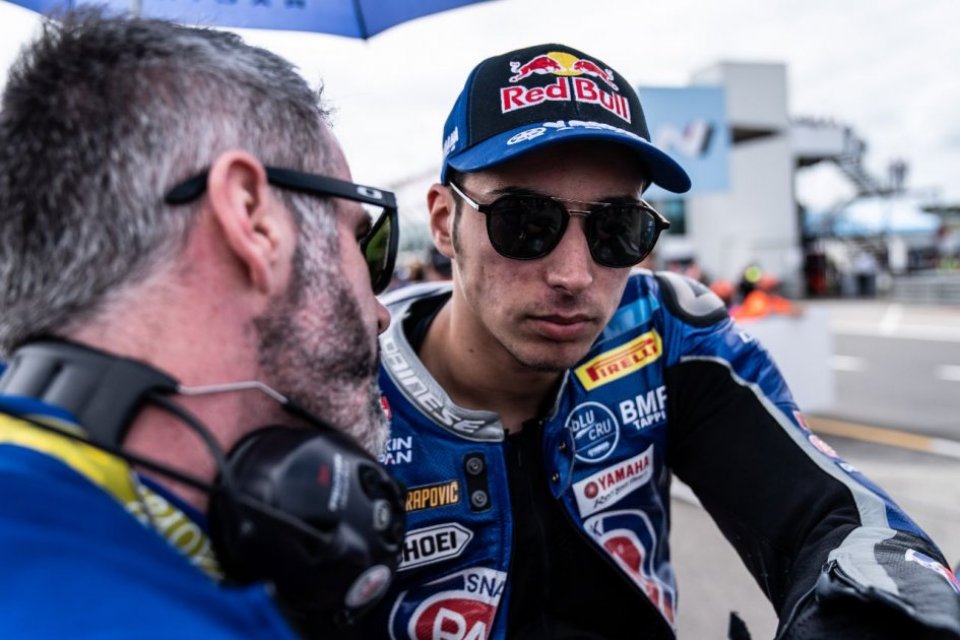 Very few racers have the stuff of champions; it is something almost as imperceptible as it is fundamental in order to win races, but Toprak Razgatlioglu seems to be one of the lucky ones to possess it. The meteoric rise of the Turkish rider, born in 1996, is clear for all to see, but behind the results there is a young man with a calm soul who, by his own admission, has only considered himself a professional racer for less than a couple of years. "Honestly, I only understood that I was a professional rider last year - he says - when I really started to understand the bike, until the previous season I felt like a person who only raced for fun."

Professional or not, in the first round of the 2020 season you showed your muscles…

“In the days leading up to the weekend, I knew it wasn't going to be easy to do well in Phillip Island, as I was struggling with a completely new situation, despite the tests being positive. I considered Race 1 very important, and getting on the podium immediately (on the top step, Ed.) gave me a lot of energy and serenity: I was able to metabolize better than usual even a problem like the one I had in Race 2, and it should not be forgotten that racing in Australia is something completely different to everywhere else. "

Do you feel ready to resume the season?

"Absolutely. In Turkey I managed not to stop training, and I did some laps on Kenan’s track (Sofuoglu, Ed.) every day with different types of motorcycles and karts. Obviously getting on my R1 again will be special and it will take some time to readjust, but from a physical point of view training with Kenan is helping me a lot: to be honest more than training ours are races, since we do a lot of laps flat out".

Who will be your rivals for the title? Just Rea and Redding or will there be other protagonists?

“I think the top 5 in Superbike are all really very fast, and everyone has his favourite tracks where he goes even better. In my opinion, Lowes and my teammate Van der Mark will also be up at the front, but it is too early to say for sure, we must wait for the first races of the second part of the season ".

Speaking of Van der Mark, what is your relationship like with him?

“I'm lucky to have him as a teammate, especially after several seasons spent as the only rider. He is a nice guy and a fast rider, in Australia we fought together and it was fun, I think he can really do well over the course of the season. "

Rea remains the man to beat. Does he have a weak spot where you can attack him?

“Hard to say, he is a fast and consistent rider. I think he did his best season last year when he beat Bautista and Ducati. He is a rider who pushes from the first to the last lap, he has helped me on some occasions in previous years, and perhaps I will still need some time to beat him. "

Let's talk about yourself. Did you have a favourite rider when you were growing up?

“Nobody besides Kenan. It is really useful to have him as a coach, in particular last year he really helped me: in some races I was not fast and I blamed it on some bike problems, but he made me understand that the problem was my mind and not the bike, he told me to think only of riding. I did it for the first time at Imola, and I got my first podium, so I continued on this line and the results arrived. I understood the importance of the mind, and that the main problems for a rider are precisely mental ".

With this new mentality you managed to conquer your first Superbike victory, at Magny-Cours…

“Exactly, and it was a special weekend. After FP1 in the wet I asked the team not to touch the bike, I just wanted to ride it, and things went better after each session."

Many predict you will have a future in MotoGP. What is your opinion?

“Normally I say that my dream is to win the SBK title, and it is. Once I have achieved this goal, I will be able to think about arriving in MotoGP, but my current dream is to become champion in this championship ".

In MotoGP you already have some fans, since Valentino Rossi said he was impressed by your debut in Australia.

"Rossi is a legend who I have always followed, so I am very pleased that he has a good opinion about me".