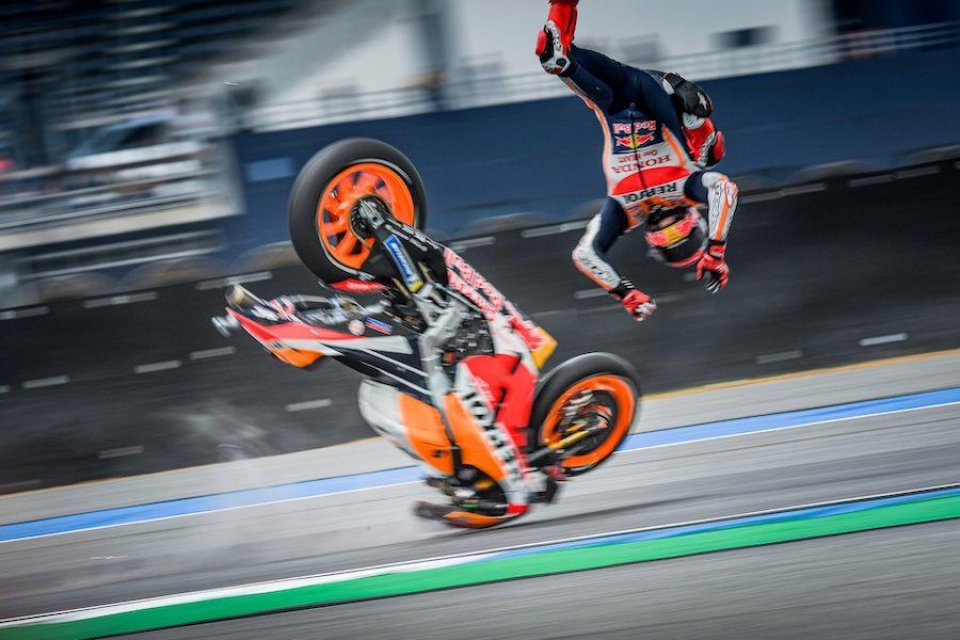 MotoGP, like Formula 1 for four wheels, is the premier class of motorcycle racing. And not only for the speeds touched by the protagonists on the straights of circuits around the world, but also and above all for the technological investments and the consequent cutting-edge technical components that are seen in the pits of all the teams. The Racing Departments of the motorcycle manufacturers pay a multitude of engineers, technicians and staff to make the bikes more competitive, for new ideas that can beat the competition.

This is the case for everyone and also for the LCR team, run by Lucio Cecchinello, which relies on the HRC Honda structure for its bikes. "Each year we pay around 2 million euros for the lease of Cal Crutchlow’s motorcycle - said Christophe Bourguignon, the British rider’s engineer to the French PaddockGP website - this price includes the development costs and the value of the HRC engineers who follow us at every race. It may seem like a big sum, but a lot of human resources are involved "

Among all the ‘budgeted’ costs in an exasperated category like MotoGP there are also those of the crashes, an integral part of a race weekend and in the economy of a world championship for each team. "An accident with a MotoGP bike can cost between 15,000 and 100,000 euros - continued Bourguignon - here a 2,000-euro accident just does not exist. We always hope that the crash will only cause a change of some parts that we have in stock, but a large accident, or even one crash after another can cause serious problems for a team. We only have five fuel tanks in stock and the same is true for leaks or radiators. Ordering a part directly from HRC requires a minimal production and delivery time".

So even innocuous falls can cause big problems for the team, both economic and timing. "A MotoGP bike is heavy and very fast, so there are no small crashes. When you close the front, the fairing, half of the handlebar and many other carbon parts are 100% damaged. A set of carbon brake discs costs €10,000. and every time the bike crashes into the gravel the discs can be ruined. You might not be sure, but you cannot risk sending a rider onto the track with a bike that goes over 300 km/h with brakes that you don't trust so we change them every time. Magnesium rims cost around 4,000 pounds and since the Michelin tyres are thin and unprotective, we are often forced to change them, even when the crashes are minimal. And there is not one single electronic part that costs less than 1,000 euros. "

A lot of costs and a lot of cogs therefore in a complex machine that can break at the slightest contact with the ground. But there is also something that resists and that is 99.9% salvaged even in the event of a crash. "There are solid parts on the bikes. The brake calipers are rarely replaced, as is the engine. I touch wood because we have a limited number of engines in the season, but as far as I can remember, I have never replaced an engine due to a crash. It is well protected, even after a major accident in which we had to change 90% of the parts of the bike, the engine was intact. "