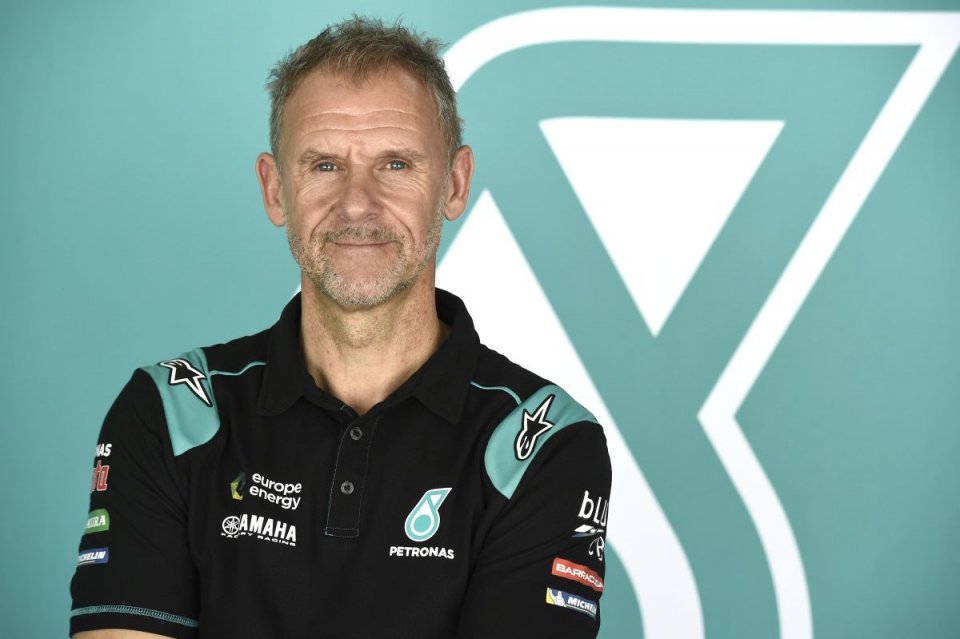 The work performed by the MotoGP team managers is very difficult. In order to understand what will happen in the future, they should have a crystal ball at their disposal. The news is that the French Grand Prix has also been postponed, and no one knowns when the championship will actually start.

There are doubts that Wilco Zeelenberg, manager of the Petronas Yamaha team, has to face every day. At this moment, he can only keep himself ready and keep the team united, even at a distance.

“I speak to Franco Morbidelli and Fabio Quartararo every week," he said in an interview with Niki Kovacs. "They train at home and are well. You can't stop  training, or else you'll have to start all over again. Of course, it's also difficult for riders not to know when it'll start "

There was talk a few weeks ago of being able to race two GPs in Sepang.

“We had talked about it," Wilco, whose team belongs to the Malaysian circuit, confirmed. "But it won't happen. It was just an idea. It'll certainly be difficult to have nineteen races  if we don't change the system. If we started in June or July, it would be impossible to race nineteen GPs. It would be enough for a rider to get injured to skip five or six races. That would be unacceptable for me."

Zeelenberg talked about changing the system, then went into more detail.

"I would say that fifteen races would be enough to find the world champion," he continued. "We could also be inspired by the SBK and do eight Grand Prixs with two races every weekend. This would already give us sixteen races. Logically, there are various questions: is it more important to have more races or more Grand Prixs and which countries should be chosen to host them? Right now, we don't know when we'll be able to move, but many races could be organized from July and December."

The worst-case scenario is that the Championship will be canceled but, in this case, the sports aspect of it would take a back seat.

"We're thinking of everything we can and, in that case, I think our team will survive, like the official ones ," he said "But we're a unique case, having a sponsor like Petronas behind us. I see many more problems for the other teams."

His last comment was about Quartararo and how such a young rider is reacting to this situation.

“Fabio was ready for the race in Qatar and very disappointed that he couldn't participate. He's 20 years old and two months off seems like two years. He certainly has a lot of enthusiasm, maybe even a little too much at times. We'll see how to manage the situation in the best way possible, in order to keep him calm," Wilco assured.