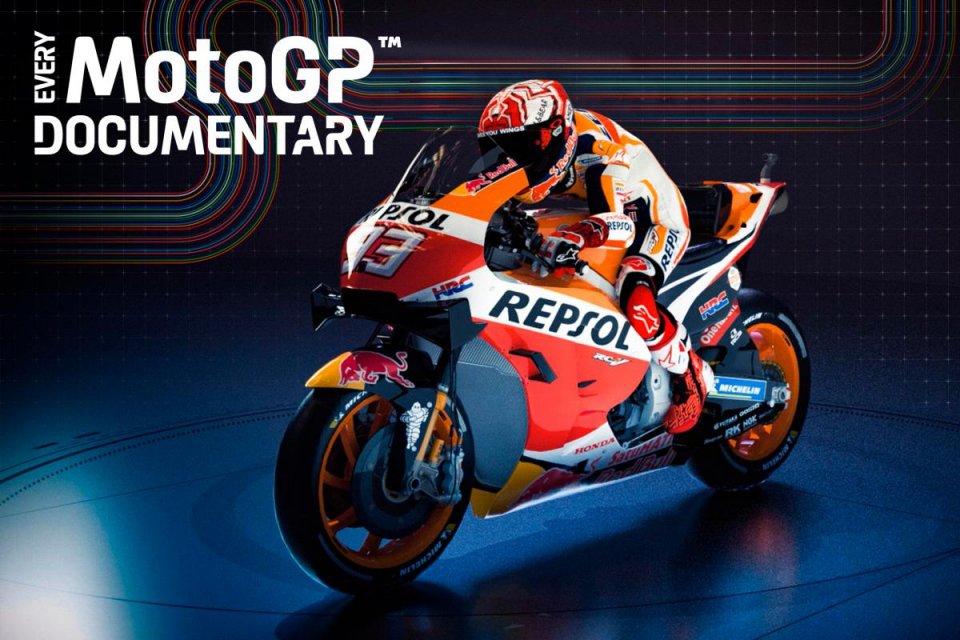 The official world championship website, www.motogp.com, has decided to give its fans another gift. After making the best 10 races of the premier class available for free, today they're adding twelve documentaries.

A gift certainly appreciated by all fans waiting to see the riders back in action. All documentaries will be available for free until April 27th.

The following is the complete list with a short description.

This is MotoGP: Adrenaline, passion, entertainment. 15 minutes of pure magic for us who love the MotoGP.

Off the Racing Line - Jack Miller: During the second episode, we'll get to know some of the most intimate aspects of the life of the charismatic Jack Miller and what he does when he isn't going at 350 km/h.

Racing Together: Retraces the story of our sport thanks to this two-hour documentary. Relive the career of the great champions, from Agostini to Marquez, Rossi, and many, many others.

From Cervera to Tokyo: After the 2015 disappointment, Marc Marquez makes a comeback by winning the world title in 2016 and, with a certain style, grabbing the third world championship crown.

Jorge Lorenzo Guerrero: In 2015, the world title was awarded in Valencia, the last round of the World Championship. The challenge throughout the season was between Lorenzo and his teammate Valentino Rossi. Relive the moments of that extraordinary season.

Trophy Collector: Marc Marquez and his team explain the key points behind the success of the rider from Cervera.

#Rookie93: The beginning of an era of domination in the MotoGP. Remember how Marc Marquez won the world title in his first year in the top category?

The Age of 27: Don't miss the feature film dedicated to the rising star, and now MotoGP legend, Casey Stoner. Experience with Casey the key moments towards conquering the second world title, in 2011, with Repsol Honda.

Jorge: Review the unforgettable moments that led Jorge Lorenzo to winning the MotoGP title in 2010, his journey towards a third title.