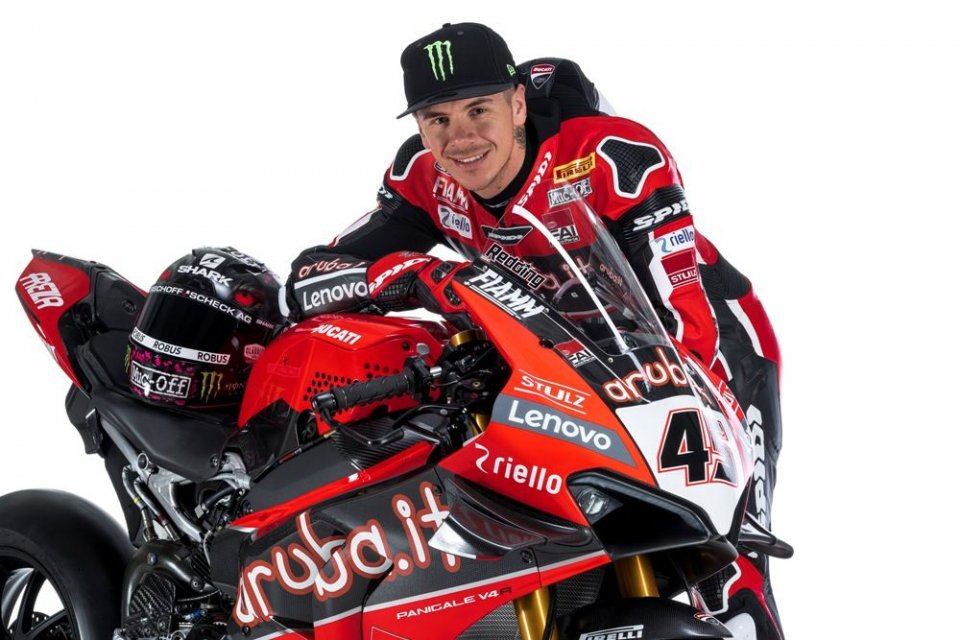 All the expectations are surrounding him, since he is the new entry in the team. We are talking about Scott Redding, the man called upon to race the Panigale V4 alongside Chaz Davies. The British rider picks up on the legacy left by Alvaro Bautista in Aruba and consequently there is no lack of curiosity about how he will go on the Panigale.

"We’re ready now - Scott declared- I used the winter tests to get to know the bike and team and try to be in the best shape for the start of the season. I feel good, I’m confident, and I know that I can fight with the best".

Scott, in Ducati they are convinced you can win in the first race. Is this really the case?

"Of course, I'm sure. When I was in Moto2 I lost a World Championship in Australia, but that's one of my favourite tracks. It seems that Ducati adapts well to the characteristics of the track and as a result I believe we have all the right cards to aim for the win in the first race of the season".

We know you are a big boxing fan. The challenge against Rea, which boxing match would you compare it to?

“Difficult to say, also because the season has not yet started and as a result it’s not easy to make a comparison. Better to wait for the end of the season, then maybe we'll update (he smiles)".

What is the meaning of this new adventure in SBK? There is a lot of expectation surrounding you.

“I admit that my life has changed a lot, especially from a mental point of view. I know I have a great chance and I want to win, just like I did in BSB. I'm in one of the best teams, I have the best bike and I know that if I give 100% I can aim for victory. Obviously, it’s not going to be easy, but now I have the right bike to be as strong and competitive as I always wanted. Superbike will be a long season, but since I was 14, I have been nurturing the dream of winning a title and I hope that the time will come."

How well did you manage to tailor-fit your V4?

“In the tests I got to know the Ducati better and I think we are ready; we are at a good level. Of course, there are still some aspects to sort out and improve, but we know that there is one more test before the start of the world championship. Our bike has several strong points and others we have to focus on, but this also applies to the other bikes. We will have to try and be consistent on all tracks, since that will be the key. I know almost all of the tracks, except for Imola and Argentina, but I'm not worried."

What do you think of Bautista losing the title last year?

“I think the problem was Bautista himself. He wanted to dominate at all costs rather than win. Personally, I am of the opinion that he did not need all those initial victories. Rea instead showed that he knew how to be patient and wait. Then, when Johnny started winning, Bautista felt the pressure and he was unable to win anymore. In my view, what counts is winning, regardless of whether the margin is a second or ten."

One last comment: what do you think is Rea’s weak point?

“It’s complicated to say after the tests or watching the races on TV, since I need to go up against him on the track. He is a very experienced rider who never makes a mistake. When something goes wrong, he has a plan B ready that works. I think that his strength is his experience, he perfectly manages every type of situation. Other than that, he is an incredibly consistent rider."