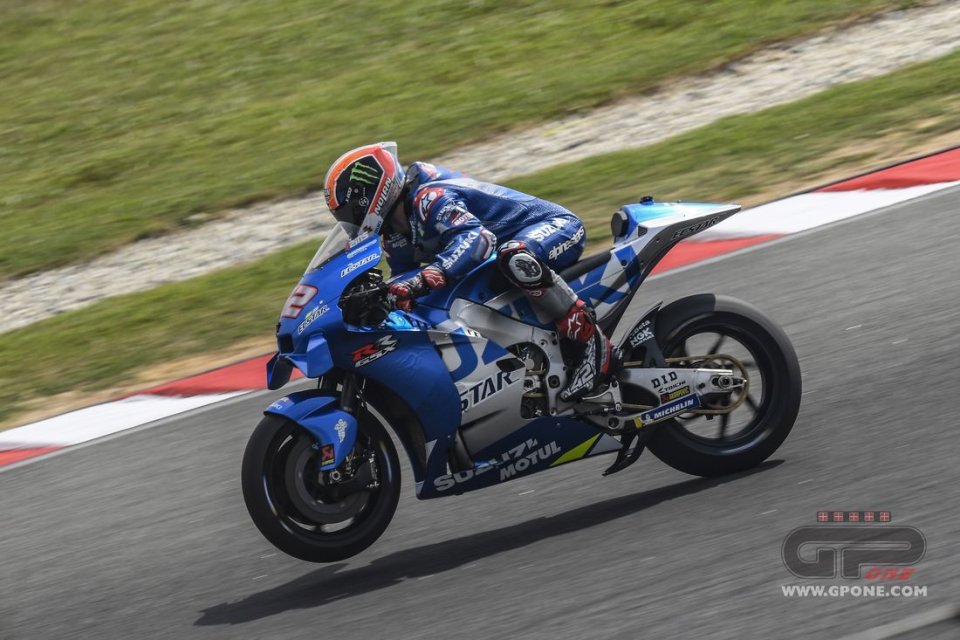 Alex Rins goes home from Sepang with an encouraging 3rd time and a satisfied smile. Suzuki was already starting from a good level, but it was still missing something to fight for the top places with the competition. The new GSX-RR appears to have limited its flaws.

"We are where I wanted to be before leaving for these tests - the Spaniard commented - In these three days we have worked really hard, tried different things: two or three new frames, suspension and electronics updates".

The feedback from the track has been positive.

"With the new frame I feel comfortable and I can be very constant, today I always lapped in 1’59" - Alex continued - It was important to make comparisons between the different frames and we will continue also in Qatar. However, I am already happy because here in Sepang I had never lapped so fast, either over one lap or in race pace”.

In the Suzuki racing department, however, the work is continuing because the GSX-RR still lacks top speed and Rins has pointed this out. Furthermore, another important change is expected in Losail.

“They are working on a device for the start, if it is not ready for the tests it will certainly be in time for the race. Did I already try a version of it at the Jerez tests last year? Maybe - laughs Alex - You always have to innovate because rivals always invent something, like the rear of the Ducati that lowers in acceleration".

Joan Mir: "We can do great things this year" 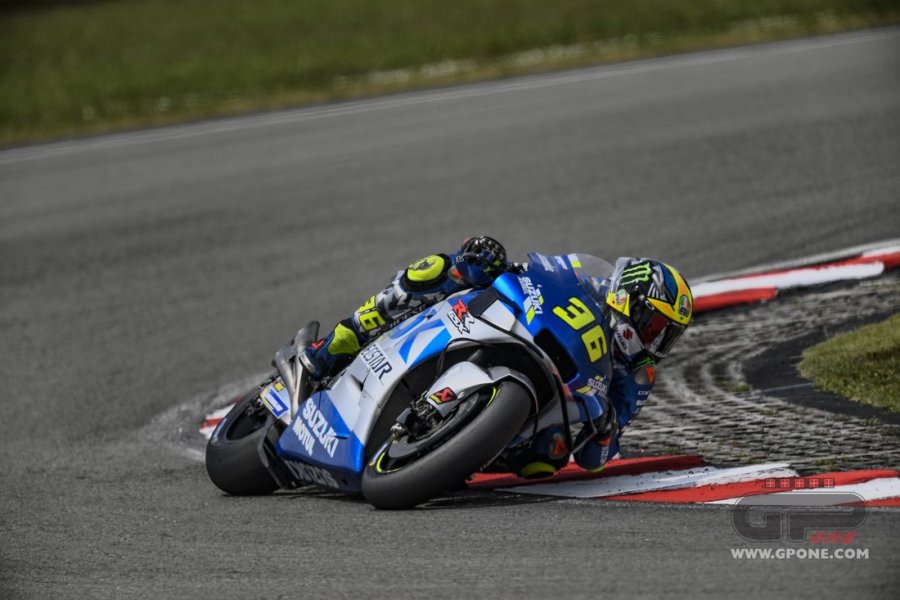 Rins' optimism is also shared by his teammate Mir. Joan set the 10th time but the gap from Quartararo is less than four-tenths. Today he used the old chassis and engaged in a race simulation, which was interrupted after 12 laps due to a crash.

"Unfortunately, I made a mistake and locked the front wheel when braking - he said - I managed to get back to the pits, they repaired the bike immediately and I went out again for another 6 or 7 laps".

A small accident that didn't spoil his mood.

"I feel really good on the new bike and I think that in the tests in Qatar we will be able to take another step forward - he continued - I believe that this year we will be able to do great things, although it is difficult to say it now with any certainty because I want to test the GSX-RR on other tracks. Having said that, in addition to my time I am also happy with the work done".

"The bike turns more easily - explained Joan - Overall, I leave this test more optimistic than when I arrived".

MotoAmerica and AMA have given the green light to the RS 660 model to compete in the Twins Cup starting next season in compliance with the...
5 hours 1 min ago

For 2021, Herrera will take part in the WorldSSP Challenge, featuring at the European stages of the championship, which currently make up the first...
9 hours 15 min ago

Friday, February 27th, at 6 pm, live streaming on the team’s social media channels, but also on GPOne, Facebook, and YouTube: presentation of the...
1 day 8 hours ago

Moriwaki won the inaugural Moto2 world championship with Toni Elias: "Toni won riding the MD600, one of the best achievements in Moriwaki's history,...
2 days 8 hours ago

The Indonesian track is one of the reserves on the MotoGP calendar: “It recently flooded, but our drainage system worked.”
3 days 4 hours ago

The 2018 Supersport 300 champion was injured last September after a crash in Estoril: "Five months seemed like five years"
3 days 5 hours ago

Enea had made his debut in the Moto3 World Championship with the team from Imola: “I want to remember him as a winner. He helped me a lot.”
3 days 7 hours ago