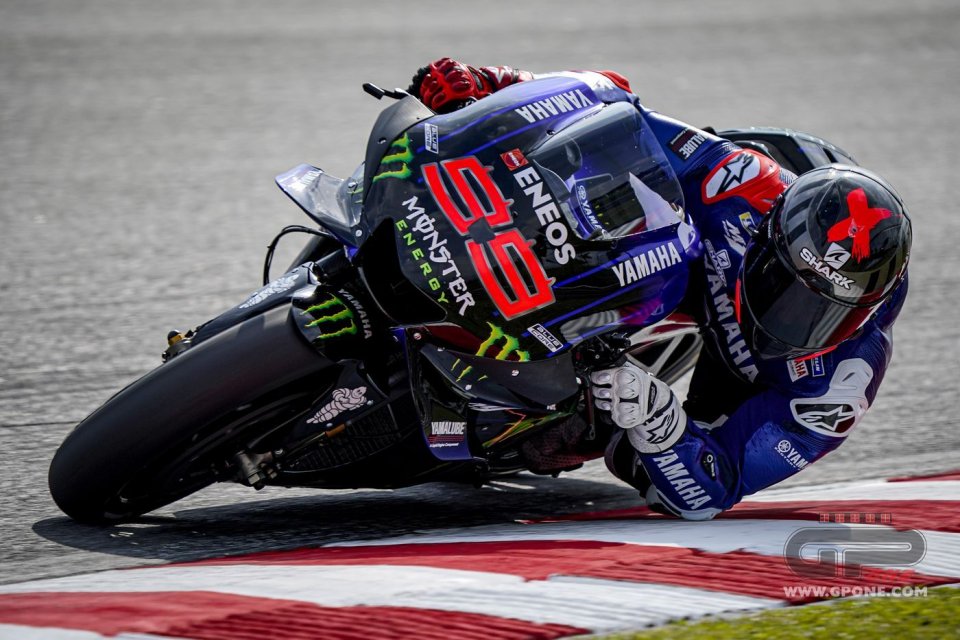 The champion has returned home. Relaxed, at ease, cheerful even. Jorge Lorenzo ended the final day of the shakedown test with a good time of 2’00.563, which can’t really be compared with today's mark of 1’59.444 by Pol Espargarò with the KTM, but with the 2’00.625 set by Dani Pedrosa on the Mattighofen bike, best time of the first day.

"He was at ease, it's not that he expresses himself a lot, you know him - Maio Meregalli told us - but you could see that he was happy. And we were as well".

Now all the curiosity surrounds whether we’ll see him immediately in action, but it won’t be on February 7th, the first day of the official tests.

"He's only going to test one day, the last day, the 9th. We simply don't have enough material. Today Jorge rode the 2019 bike. A bit because it was fair that he could see the level we’re at, but also because the reality is that there is no test team: when Lorenzo tests in Europe, a team will come from Japan. Only Silvano Galbusera will be added".

It is difficult to say what Yamaha's plans are for the Majorcan at the moment, apart from the obvious one of having him on the team as a test rider. We listened in from outside the pits on some of his considerations with the Japanese engineers and it seemed we could hear the words 'Ducati' and 'Honda'.

Lorenzo is currently as precious as gold for the Iwata manufacturer. In fact, he is the only man to have ridden the two most competitive MotoGP bikes in recent times. If we were in the days of Blade Runner or, better still of The Matrix, at Iwata they would have already thought of connecting his brain to a computer. Neo would certainly try to download all the data in his possession to be able to analyse it calmly.

The reality, however, is that they will have to settle for just letting him test. But as we have seen, it seems that Yamaha are not yet able to take full advantage of this patrimony.

"I felt good right away - confessed Lorenzo in a short interview with Dorna - Yamaha and I get on well together. It's like being back home".

"Yamaha, like all the factory teams, have three wild cards, unlike teams with concessions which have six, but we don't have a plan yet."

There are those who swear that we will certainly see him on the track at Barcelona, ​​which would be the eighth race of the season, but bets are already going around that it could be Mugello, which is the race before. It will depend on him. Lorenzo, at the moment, seems happy with his new role. But obviously there are those who have already sworn that he will return. And since the official team for 2021/2022 has already been defined with Vinales and Quartararo, we could even see the Rossi-Lorenzo pairing reformed with Petronas colours.

Sure, it's all science fiction, but with Jorge 'The Magnificent' Lorenzo, everything is possible.