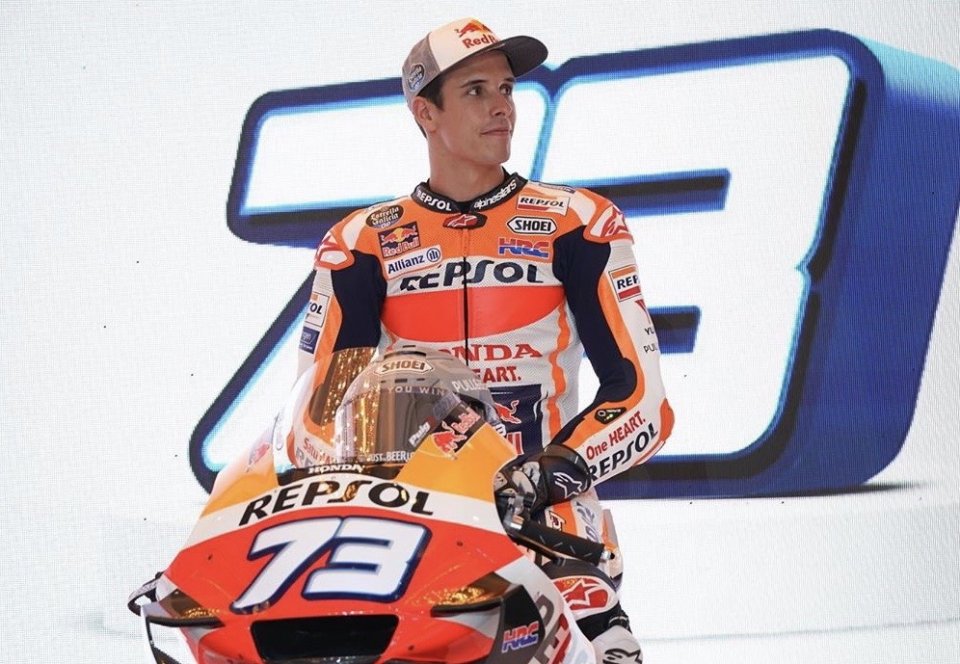 It is not easy to be the brother of an eight-time world champion. Even more so to become his teammate, in a team that saw someone like Jorge Lorenzo throw in the towel ahead of time. In fact, Jakarta was the first real day of school, in an official Repsol HRC role, for Alex Marquez.

After the Spanish tests and the Sepang shakedown, most of the spotlight was on him at the Honda presentation in Indonesia. Expectation is high over the reigning Moto2 champion for this new adventure that awaits him.

“You can never imagine a moment in life like this,” Alex declared. “Being in factory leathers is in fact a dream come true. Actually, to tell the truth you can imagine a day like this, but you never know if it’s going to be like that or not. Apart from all that, I am very happy to be here in Indonesia for the team presentation and to be an official Honda rider. As I said, it is a dream come true and at the same time it makes me proud because I arrive in MotoGP as world champion ".

Alex, what should we expect from you?

“I have great motivations for 2020 and at the same time to understand where we are. We are working hard with the team to be competitive. I know there is a lot of expectation surrounding me and inexperience will be my enemy, since it is my first time in MotoGP".

“I consider Marc an eight-time world champion, the strongest rider with Honda and having him in the team is an advantage for me. In fact, I will have access to all of his telemetry information to learn and grow. There is always an excellent relationship with him, also because we both obviously share a passion for racing."

Did he reveal any secrets about how to be strong on the bike?

"During the winter we didn't talk much, since he had been operated on recently and had a different training path than mine. However, he did give me some of his opinions."

You have just finished the Sepang shakedown. What is the first outcome?

"For the moment I feel comfortable with the Honda, maybe when you have to search for the limit there is a problem, but it is in that area that we must concentrate to improve and take a step forward. I am referring mainly to my riding style. That's what I need for MotoGP, since at the moment I don't have any particular problem with the bike."

Alex, the season has yet to start, but the rider market is already in full swing. Are you worried about having signed for only one year?

“I prefer to see it as a motivation, my attention is all focused on 2020. In the end, when you are in the box, the group of people there is very human. The people around always try to make me feel the right serenity and that is the way to go”.

In 2020 Marc will aim for his ninth world title, what about you?

"The goal is to become rookie of the year, but at the same time try and improve my performance in tests day-by-day, trying to be as fast as possible. The fact is that up to Qatar it will all be an unknown factor and only on the occasion of the Qatar GP will we be in a position to understand my level."

Between now and Qatar there are fewer than eight days of testing.

"I will have to try to quickly pick up all the experience that I don't have, particularly in view of the races, since it is an aspect that I am missing. There will be much to improve and several steps forward to make."

As you mentioned, you arrive in the top class as a world champion.

“Moto2 is a very competitive category, also because it allows you to grow quickly and learn well. I think it's the best class to get to MotoGP. Among other things, here I met up again with riders like Binder and Lecuona."

What did you focus on at Sepang in particular?

“I am mainly focussing on my riding style, trying to be competitive with the new tyre. By accumulating as much information as possible, I know it helps me to be faster. "

Audio recorded by our envoy in Jakarta, Matteo Aglio 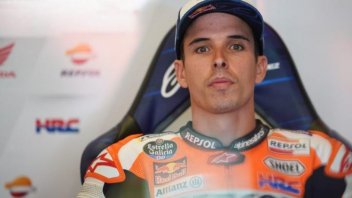